Speaking to Politico, Boehner said that the former president quit smoking because he’s ‘scared to death’ of his wife Michelle.

The former leader of the Republican party in the House of Represntatives spoke about one meeting he had with Obama in 2011.

‘I’m smoking a cigarette, and they bring me a glass of merlot. And we’re sitting there a little while, and here’s the president drinking iced tea and chomping on Nicorette,’ Boehner, who smokes two packs a day, said.

Boehner’s story complicates what the public has been told about Obama’s smoking habit. 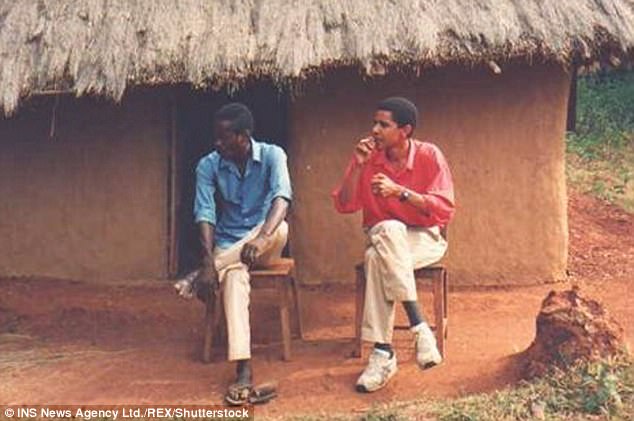 Obama (right) smokes with a relative in front of the family’s hut in Kenya. It’s not known when the shot was taken, and the exact nature of his smoking habit has never been clear

In February 2011, Michelle Obama announced that her husband had stopped smoking for about a year.

But it he was chewing Nicorette during his meeting with Boehner in 2011, it means he possibly relapsed. 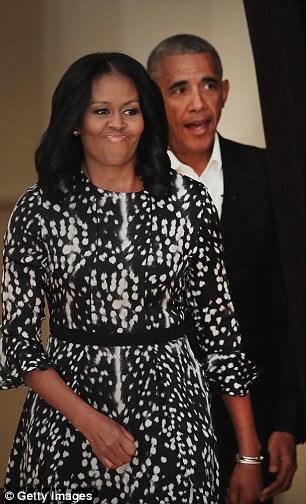 Michelle Obama announced in 2011 that her husband had stopped smoking. The couple pictured above in 2017

Nicorette – which comes in patch and pill form – is supposed to stop cravings for nicotene in cigarettes, but is only supposed to be used for about two weeks after quitting.

Nevertheless, Boehner says he never saw Obama smoke after the announcement was made.

Boehner spoke fondly about Obama, his opposition, during the interview. While the two didn’t agree on fundamental things, they were friendly, and he thinks there needs to be more openness to working across party lines if the country is to move forward.

Boehner said he often felt more welcome among Democrats than he did with members of his own party.

After announcing his retirement, he said Obama called him up and said: ‘Boehner, you can’t do this man. I’m gonna miss you.’