Obamas go all in behind Parkland students’ gun control campaign

Former President Barack Obama and first lady Michelle Obama penned a letter to the students of Marjory Stoneman Douglas High School heralding them for their efforts to get new gun laws passed.

‘We wanted to let you know how inspired we have been by the resilience, resolve and solidarity that you have shown in the wake unspeakable tragedy,’ the former first couple wrote the young people, according to Mic. ‘Not only have you supported and comforted each other, but you’ve helped awaken the conscience of the nation, and challenged decision-makers to make the safety of our children the country’s top priority.’

On Saturday, students from Parkland, Florida, will join their peers and like-minded Americans on the National Mall for the first-ever March for Our Lives to push for gun control. 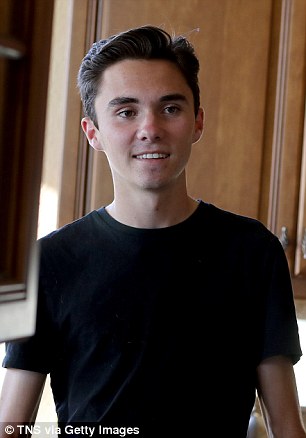 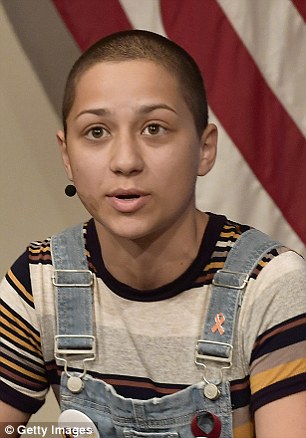 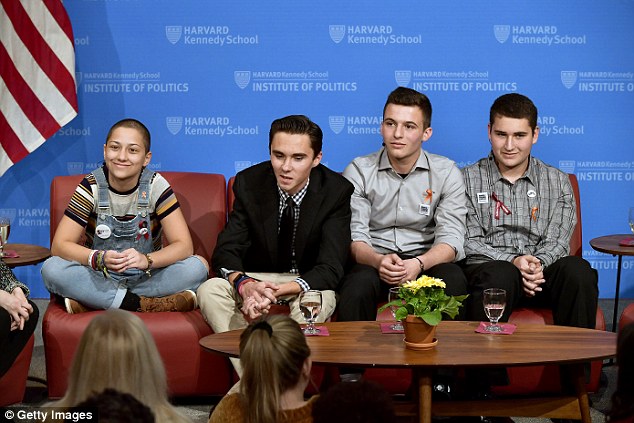 This weekend the students from Parkland, Florida (pictured) will join their peers and like-minded Americans on the National Mall in Washington, D.C., for the first-ever ‘March for Our Lives’

Former President Obama first spoke out about the Valentine’s Day mass shooting, in which 17 students and teachers were killed, the day after the massacre.

‘We are grieving with Parkland,’ the Democratic leader said. ‘But we are not powerless.’

‘Caring for our kids is our first job. And until we can honestly say that we’re doing enough to keep them safe from harm, including long overdue, common-sense gun safety laws that most Americans want, then we have to change,’ the ex-president said.

For several weeks after the shooting, President Trump said he supported doing something on guns, but no drastic action has been taken.

President Obama found the gun debate to be one of his greatest frustrations during his eight years in office.

In January 2016 he was visibly rattled when announcing some executive actions he planned to take, as he talked about the 20 first-graders who were murdered by a gunman in 2012 at Sandy Hook Elementary School.

‘Every time I think of those kids, it gets me mad,’ Obama said as he wiped away tears.

‘And by the way, it happens on the streets of Chicago every day,’ the president said, referencing his adopted hometown.

Obama has called the day of the Sandy Hook shootings the low point of his presidency.

Obama shed tears from the White House briefing room podium that day too.

His official White House photographer Pete Souza, in an interview this past December, recalled capturing the shot of Obama first learning of the massacre from Homeland Security adviser John Brennan.

‘In the picture, you see just kind of the energy just zap out of the president,’ Souza told Business Insider.

‘I think he was thinking of this not only as a president, but imagining what it must be like as a parent,’ Souza continued.

‘The horror of sending your six-year-old kid off to school, you put [them] on the school bus, and you never see them again because some crazy guy shot them to death, point-blank, at their school,’ Souza said.

But while the gun debate seems to be currently stuck in basically the same place as it was during the Obama years, the former first couple had faith that things would change, they expressed in the letter.

‘Throughout our history, young people like you have led the way in making America better,’ they wrote. ‘There may be setbacks; you may sometimes feel like progress is too slow in coming.’

‘But we have no doubt you are going to make an enormous difference in the days and years to come, and we will be there for you,’ the Obamas concluded.

The letter was hand-written, and both the former president and first lady signed their names.