This is the adorable moment a Staffordshire Bull Terrier ran around picking up his own toys before getting ready for bed at his home in Lancashire.

Owner Davina Gibson asks George the Staffy ‘who made all this mess?’ and then tells him to ‘get your toys’ as he sits in a room scattered with dog chews and playthings.

One by one, he picks up each item and returns it to a white plastic box, much to the amusement of his owner.

His owner, Ms Gibson said:  ‘George the Staffordshire Bull Terrier is a very helpful dog who is eager to please and does many chores around the house (other than the one in this video) to help his Mum who suffers with excruciating back pain.’

The footage shows George responding to specific commands by picking up his toys and taking them over to a basket by the television.

He even knows that ‘uh oh’ which means he’s missed the basket. 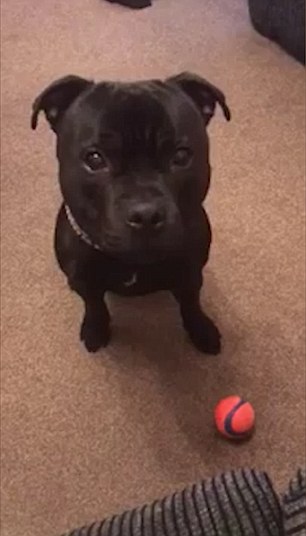 What a good boy! George the Staffy looks up at the camera as he tidies up his toys 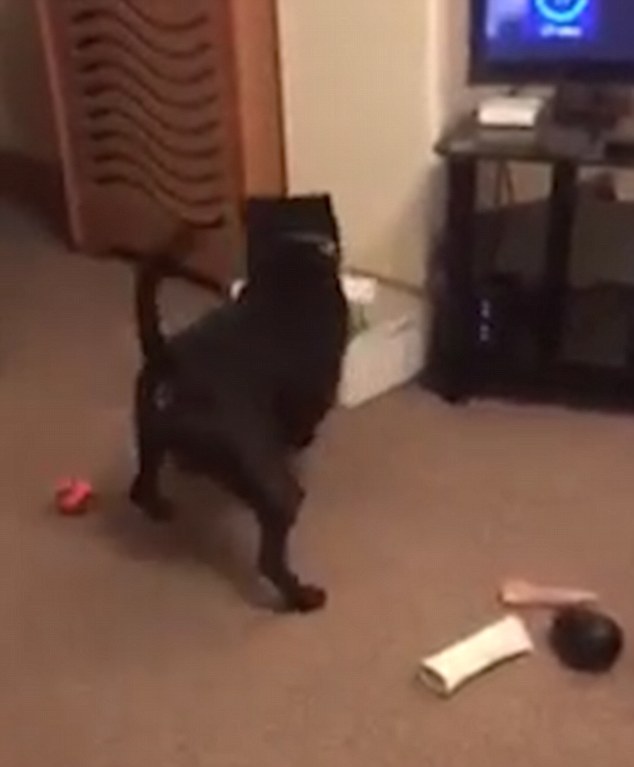 One by one, George picks up each item and returns it to a white plastic box, much to the amusement of his owner Davina Gibson

In the clip, after the terrier is done cleaning up he runs out and puts the light on to get ready for bed.

Afterwards he comes back to jump on his owner before stepping down immediately when asked to.

The video was taken on New Year’s Eve and was published to George the Staffy’s Facebook page where he amassed thousands of followers.

People commented their awe at the little black dog’s skills with many calling him ‘clever’ and ‘amazing’. 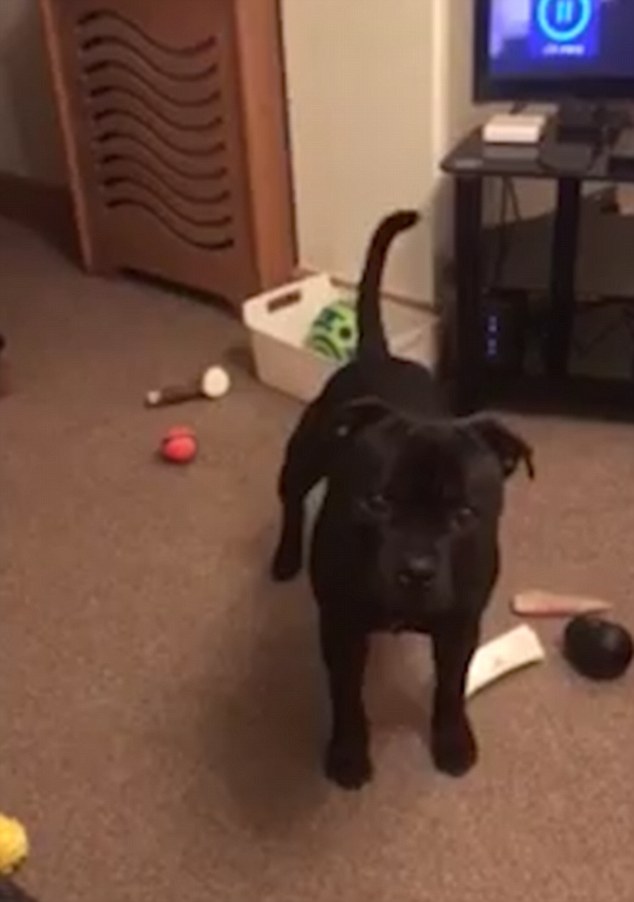 ‘Who made all this mess?’ his owner asks before instructing George to tidy up the room 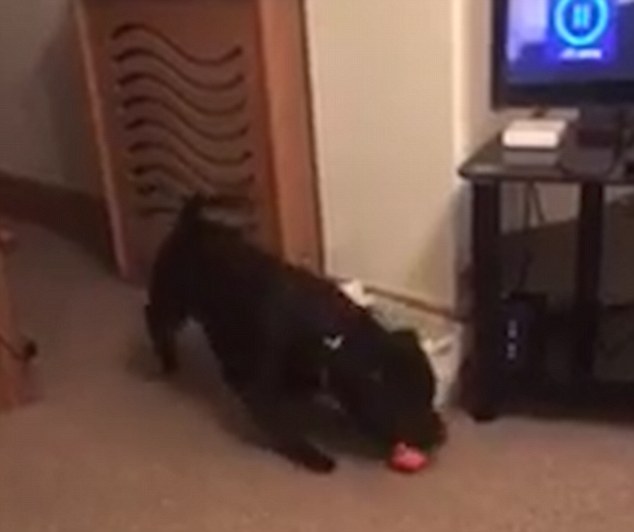 Uh oh! George knows the signal if he’s missed the box too 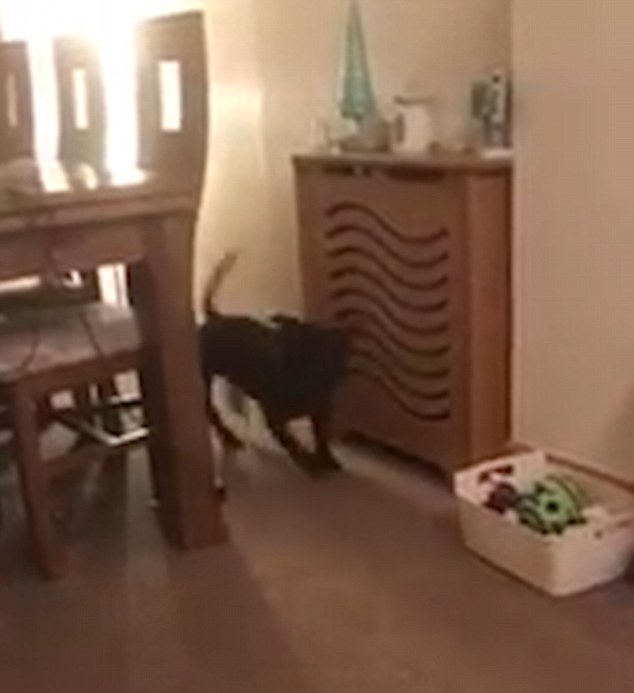 Time for bed! George runs out and puts the lamp on after tidying up his toys