A Chicago man’s health was on a fast decline when he tipped scales at 250lbs and dressed in a whopping size XXL, and suffered high cholesterol, hemorrhoids, and severe bleeding.

But a major diet change changed his physique in just six quick months, and now he’s sharing his ‘fountain of youth’ secret with the world around him, swearing that his diet of 12 homemade tacos a day, completely transformed his life.

Chicago substitute teacher Michael Kentros, 52, is hardly recognizable today thanks to his dramatic taco transformation that saw him shed 50lbs, look 10 years younger, and introduce him to his greatest sex life yet.

The old Michael: Michael Kentros, 52, weighed 250lbs two years ago and was threatened by a myriad of health problems due to his extreme weight and junk food addicted diet (above) 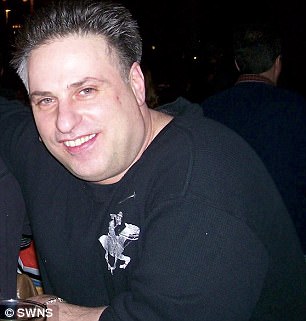 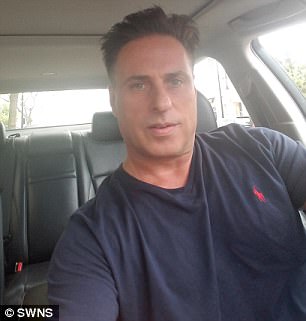 Before and after: The Chicago teacher’s life changed when he switched his junk meals (left) to 12 veggie tacos a day, losing 50lbs in just six months and dropping two shirt sizes (right) 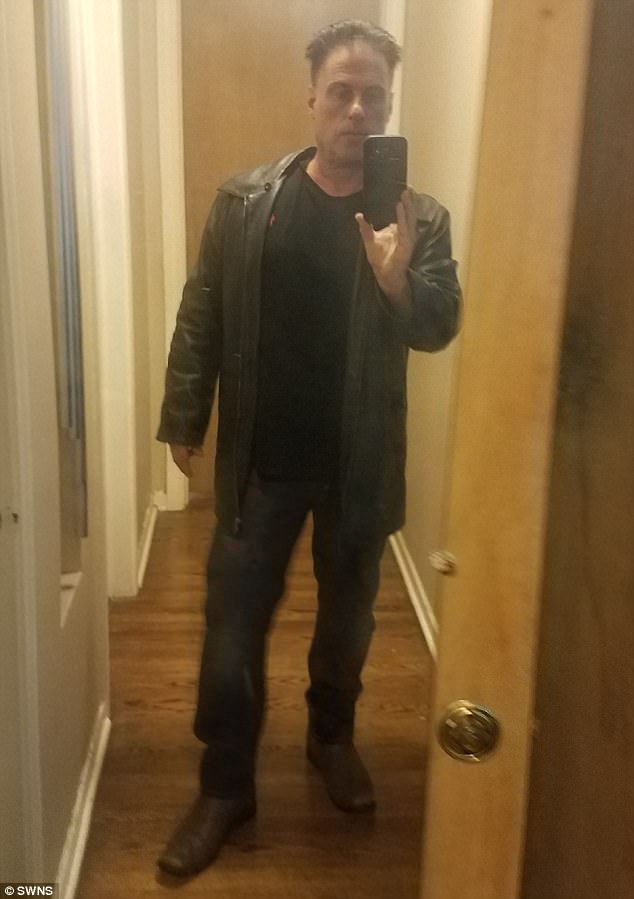 Stud! Now Michael is noticeably thinner and says he looks and feels 10 years younger thanks to his trim new physique

Michael’s old lifestyle was unsustainable and saw him guzzle limitless junk food and munch on McDonald’s breakfasts, steak sandwich lunches, and pizza dinners with plenty of Cheetos, chocolates and candy snacks in between.

But the 5ft 7in teacher came to a breaking point two years ago when his doctors warned him about the serious health repercussions he was facing.

‘My doctor said I would have diabetes in a year if I didn’t change my diet. I also had giant hemorrhoids that made me bleed from my a** and sky-high cholesterol’, he shared.

He started by cutting out junk food from his diet, trading his calorific meals for vegetable-filled tacos instead; and he says the bizarre food choice came to him while reading an article about Mexican fast food chains.

‘They had been accused of using only 30 per cent beef in their tacos and the rest was fillers. Then it hit me. What if I made vegetables my filler and kept the 30 per cent meat? Then I would be doing what the doctor told me to do,’ he shared. 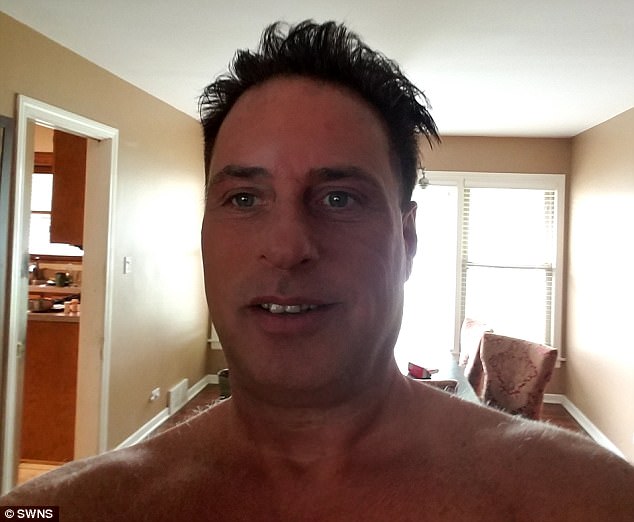 Selfie! Michael can’t help but show off his new body, and many ladies have taken note as well, and he confesses his sex and social life is better than it has ever been 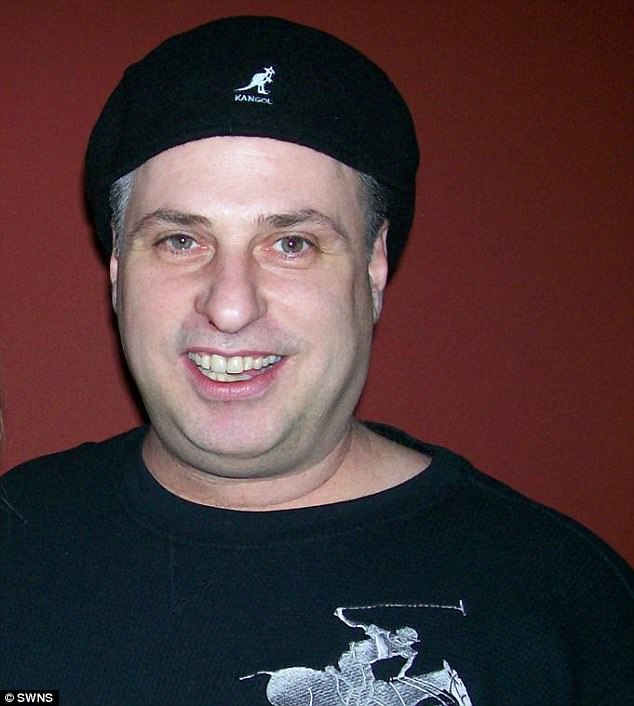 Old school: After pursuing a healthy new lifestyle Michael, pictured before his weight loss, has found a new lease of life – and says he is far more confident in himself

‘After three months of trial and error to get the right vegetables to mix well with the spices and create the illusion of the junk food taste I was craving, it finally happened,’ he expressed.

‘Anybody who tried it completely flipped out just like I did. They said, “It’s delicious,”‘ he added.

His diet is quite economical too. Michael reveals he spends $30 on one batch of two lbs of mix that lasts up to five days.

At first Michael scarfed the tacos for all three big meals of the day, consuming up to 15 during the course of a day. But he reveals that now that he’s shed some pounds, his body craves less and less food. He’s also learned that the key to shedding weight fast lies in skipping on the meat portions.

And the results have been colossal seeing Michael drop two shirt sizes, shake off 50lbs off his figure, bringing him to a much more confident 195lbs, which he’s proudly maintained for the past two years.

‘I’ve found the fountain of youth. There are millions of people out there with degrees and specialisms in dieting and weight loss but it’s me who has found the secret out,’ he said on his discovery.

The perks of the double divorcee’s ‘taco time’ aren’t limited to shedding off some major pounds, he shares his social and sex lives are better than ever thanks to his new diet, and he’s beaming with his newfound sense of confidence. 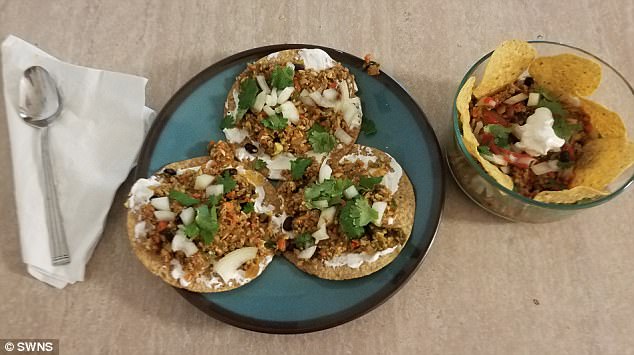 Dinner’s served! Michael shares how to create his pounds-shedding tacos in a video, encouraging others that they can lose weight too, without sacrificing delicious flavor 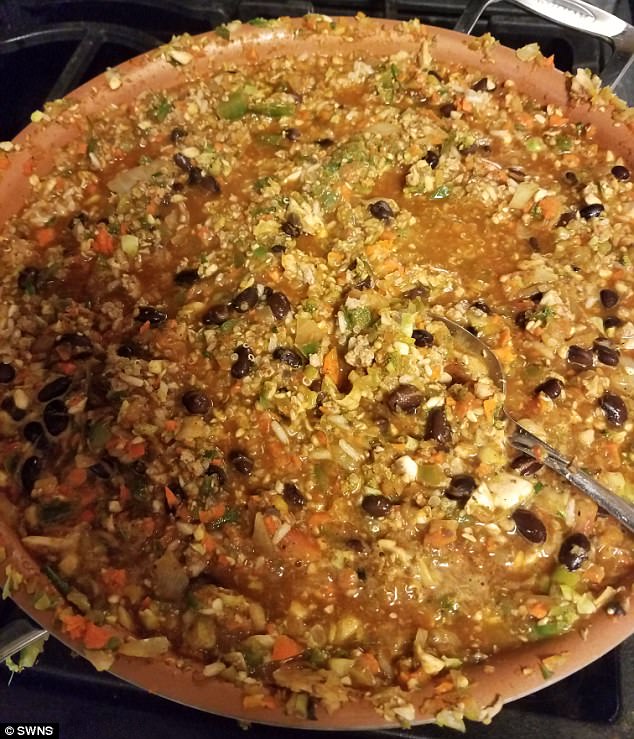 All in the mix! The teacher whips up massive mixes of the rice, meat, beans, and various veggies to stock up for the week, and shares it costs just $30 for a two pound batch 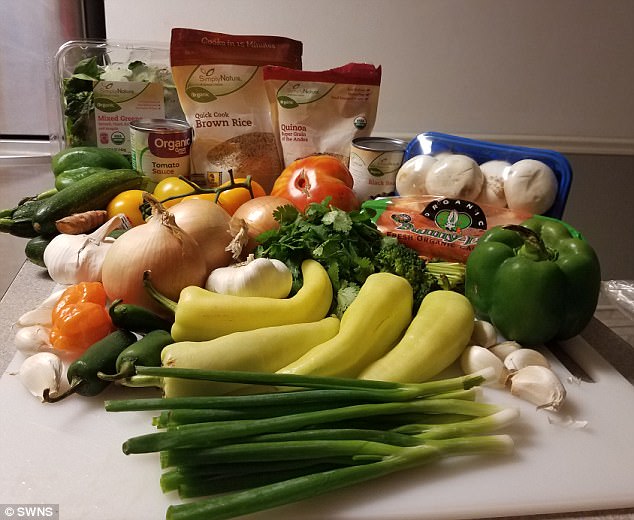 Chop it up! Broccoli, peppers, opinions, mushrooms and more all go into the recipe he took months to perfect. His friends that try it can’t help but agree that the taste is surprisingly delish

‘I was sexy in my 20s but everyone was hot back then. In your 50s everyone is bald or fat – there’s no competition so if you can get into shape the world is your oyster,’ he added.

The teacher reveals that he didn’t even have to change his lifestyle with a drastic 180 switch, he’s still able to enjoy his favorite snacks of pizza and chips in moderation – just as long as he sticks to the ’80/20 rule’ where 80 per cent of his diet is tacos and just 20 is junk.

‘I am a big eater and consume 12 tacos a day plus other food throughout the day. The trick is to go from eating 80 per cent junk a day to 80 per cent healthy and 20 per cent junk. I have never given up my pizza, chips, or any other guilty pleasure,’ he shares on the keys to his taco diet.

Michael is extremely confident and proud of his new body, pointing out that he didn’t have to hit the gym even ounce to attain his body goals. His only exercise is walking his dog three miles a day.

But the greatest part for the city man isn’t his blossoming sex like and stunning physique, instead it’s how carefree and painless the dramatic weight loss process as been, without sacrificing taste of his food for inches off his waist.

‘It isn’t junk food but it tastes like it – that’s the magic,’ he shared.