A stepfather terrorised his young stepdaughter for a year after she refused his sexual advances when she was in Year 8.

The man from Nambour, 100km north of Brisbane, abused, stalked and violently threatened the young girl, her family, friends and any boys she was in contact with.

He was convicted of seven sexual offences against the girl and maintaining a sexual relationship with her for eight-years – starting when she was just five years old.

The man was found guilty of all offences last year, but appealed in the Queensland Supreme Court in May.

During the appeal the terrifying onslaught of abuse came to light.

From October 2012 to January 2014 the man embarked on a campaign to exact ‘revenge’ on the girl for ‘ruining his life’ when she began to withdraw from him.

After his access to the girl was limited after splitting up with the victim’s mother in 2009, the man was sent into a spiral of rage.

In late 2012, he approached the girl after seeing her walking with friend and one male to a party, calling the group ‘sluts’ and accused her of trying to ‘hook up’ with the boy.

Months later in March, the stepfather appeared in the girl’s friends’ yard as she stayed over at her house, calling the girls ‘lesbians’ and suggested the friends’ father was ‘perving’ on them.

Over the following months, the man flooded the girl’s mother’s phone with increasingly aggressive texts asking invasive questions about the daughter’s sexuality and calling her saying her daughter was a ‘slut’.

One evening he even appeared at the girl’s bedroom window demanding she admit to sleeping with boys from school. 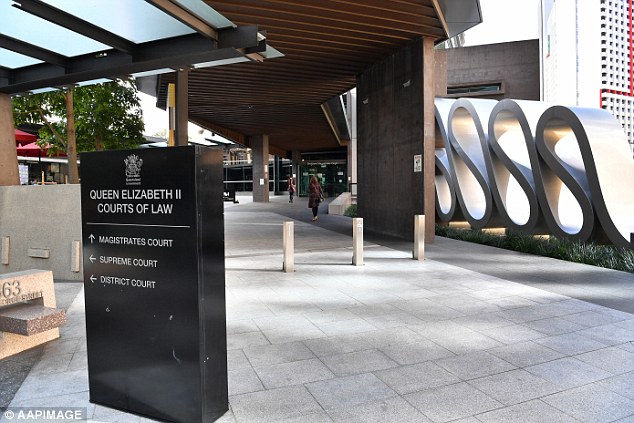 In October 2013, he accused her neighbour constantly of being a ‘paedophile’, and suggesting the mother was paying off her daughter for sex, saying ‘I bet she loves it, f****g w***e’.

The man then admitted that he ‘couldn’t help’ but watch her undress through her window.

A month later, the man told the girl’s mother that she had ‘ruined my life when she decided not to have anything to do with me’.

He then added: ‘I’m going to make sure I ruin her life’.

In December, he threatened to purchase a gun and hunt down and kill a man, kill himself but not before tracking down the girl to ‘get his revenge’.

Judge Fraser, from the Supreme Court, ordered the appeal be dismissed on the grounds that the harassment evidence aligned with an ‘ongoing sexual interest’ in the girl rather than over a protective parent.

Judge Gotterson and President Sofronoff also agreed with the reasoning and the court dismissed the appeal on September 14.