By Professor Angus Dalgleish For The Daily Mail

The policy of obsessive Covid screening of the population using lateral flow tests has lurched into mass hysteria.

Worse, it is tantamount to national self-harm.

Hospitals, transport networks, our postal and rubbish collection services and hundreds of thousands of British businesses are now being crippled because of a mania over checking people for an infection that they may have no symptoms for.

With one million people in isolation last week, everyday life – and the economy – is at risk of grinding to a halt.

And even more worrying, crucial life-saving work is being jeopardised, with more than 40,000 NHS staff unable to attend work for at least two days last week.

At least 10 per cent of staff at many hospitals were on sick leave or in self-isolation. In London hospitals, some 200 military personnel including 40 doctors from the armed forces had to be deployed to ensure wards could be kept open.

As the director of the Royal College of Nursing, Patricia Marquis, has said, the situation is ‘simply not safe’. 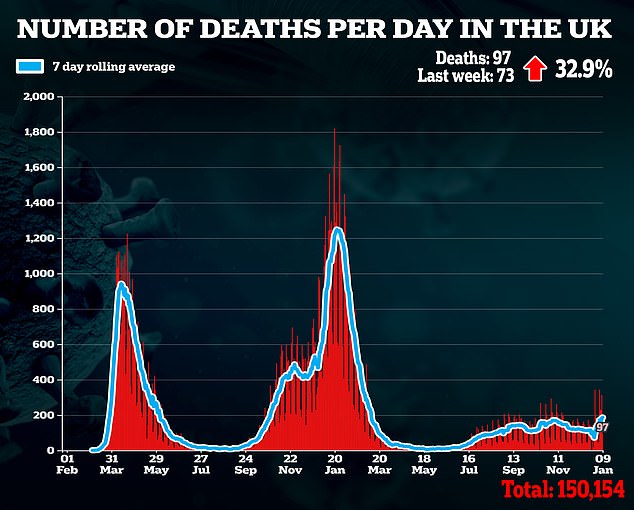 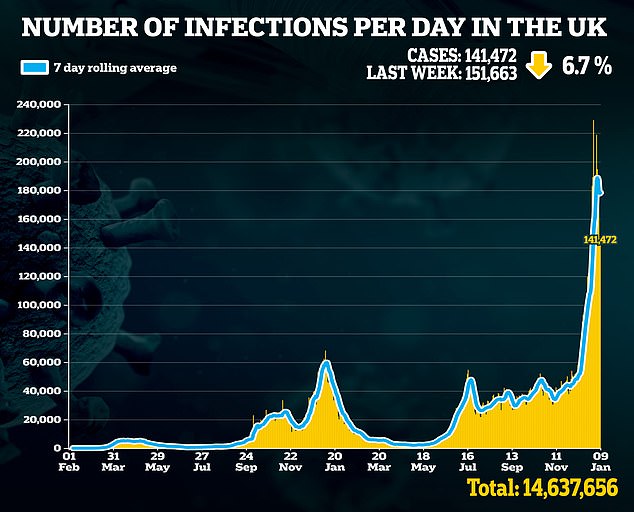 It is also insanity. The Omicron variant is rampant, spreading through every part of the population, and no amount of self-isolation can halt it. But we also know that Omicron is very mild.

Without any further restrictions being introduced over the Christmas and New Year period, hospitalisations have remained steadily below half the levels seen last winter, when we were in a full national lockdown.

And of those who are admitted into hospital, many fewer require critical care. We know that the vaccines are doing their job and are protecting the vast majority.

While the daily number of new infections may sound alarming, most people with Omicon are experiencing nothing more than cold-like symptoms – if any at all – and yet are still being forced to sign off work for at least seven days.

There is a glimmer of hope, however, with unnamed ‘Whitehall sources’ hinting at the weekend that the policy of providing unlimited free lateral flow tests to the public has to end.

So far £6billion has been spent on these kits. Think how much could have been saved if tests had only been provided to places where identifying potential infections really matters, such as care homes and hospitals, as opposed to mass DIY testing in the population at large.

Education Secretary Nadhim Zahawi also struck a note of good sense yesterday, when he suggested the seven-day isolation period for people with Covid should be reduced to five. But really, that’s the least we can do.

As the former chairman of the UK’s vaccine taskforce, Dr Clive Dix, said, Britain now needs a major rethink on its Covid policy, with a move towards treating the virus as similar to seasonal flu.

Our hospitals are under immense pressure – but not from the predicted wave of Covid patients. That has not materialised.

The real harm is done by forcing NHS staff with mild or no symptoms to stay off work.

This crisis is self-inflicted – and one we must act to limit now.

Professor Angus Dalgleish is an oncologist at a London teaching hospital.