Delivery firm Ocado has revealed it has been forced to discipline some of its drivers for making sexual advances to women when dropping off their shopping.

The firm, best known for delivering groceries from Waitrose, said it had tightened its training procedures following a number of incidents.

The revelations come just a week after Elizabeth Denham, the information commissioner, said that delivery firms must report their drivers within 72 hours of such an incident taking place.

Delivery firm Ocado, which delivers for Waitrose, has revealed that some of its drivers had made sexual advances to customers

According to Ocado, one case saw Caroline Cook, 43, receive a delivery while home alone in Cambridge.

Twenty minutes later, she got a text message from the Ocado driver telling her how attractive she was.

Her husband Giles, 45, was at work at the time of the delivery.

The couple reported the driver to Ocado but were worried about potential ramifications.

Mr Cook told the Sunday Times: ‘What happens if he comes back, knowing she is alone?’

That wasn’t the only incident involving a female customer and an Ocado driver. 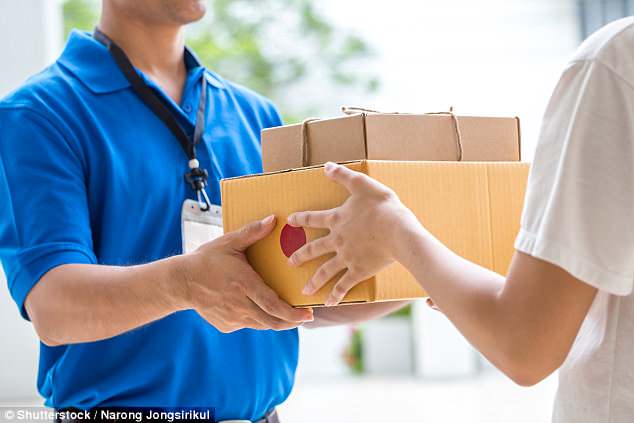 One delivery driver was prosecuted after using hidden cameras to film up customers’ skirts.

Another driver copied the phone number of a woman from an order sheet before contacting her.

In a statement, Ocado said: ‘Instances of complaints are very low but we take every complaint seriously.’

This is the latest in a series of incidents involving inappropriate behavior by delivery drivers.

Earlier this month, a man from Buckinghamshire was left stunned after an Amazon driver stole his 11-month-old dog after dropping off a parcel.

Back in January, a mother was bombarded by text messages from a Just Eat delivery driver, with one reading ‘Good night bby see you next time when I get your meal’.

A spokeswoman for the information commissioner said firms were now obliged to report serious data breaches within 72 hours. ‘Organisations have a legal duty to make sure personal data is only used for the purposes for which it was obtained.’