Octavia Spencer has revealed how a conversation about the pay gap left Jessica Chastain ‘shocked’ to learn that actresses of color do not earn as much money as their white counterparts—and led them to join forces in the fight for equal pay.

The Shape of Water star, 45, recounted the discussion on Monday during an interview for the Today show. Jessica, 41, is an outspoken feminist who has long campaigned to defend actresses’ rights.

However, Octavia explained that when she and Jessica started talking about the gender pay gap, she told her former The Help co-star that they needed to have a ‘deeper conversation’ about the topic in order to acknowledge that race, too, plays a part in pay disparities.

Talk: Octavia Spencer has revealed Jessica Chastain (pictured in January) was ‘shocked’ to learn that actresses of color do not earn as much money as their white counterparts

‘[Jessica]’s always been at the forefront of the movement about pay parity,’ Octavia told Hoda Kotb and Savannah Guthrie during Monday’s broadcast.

‘And I talked to her and I said “Well, Jessica, I’m glad that we’re having this conversation, but we have to have a deeper conversation.” And then I told her what it was like for women of color and she was quiet.

‘I said, “You know, I understand that white women want to make what white men make, but women of color don’t even make what you make.” And she really… was very shocked.’

Octavia went on to praise Jessica’s reaction to their conversation, which came as part of her work as a producer.

‘As a friend you want your friend to say I’m with you, but as a producer she really did more than I’ve known,’ Octavia added.

‘We pitched a project that she came up with to several studios and everybody wanted it, and part of the bargaining was that we would be paid as equals.

‘We were having that national conversation and I thought, “I need to introduce this into the narrative so that we know the way forward.” I am a beneficiary of Jessica doing the right thing.’ 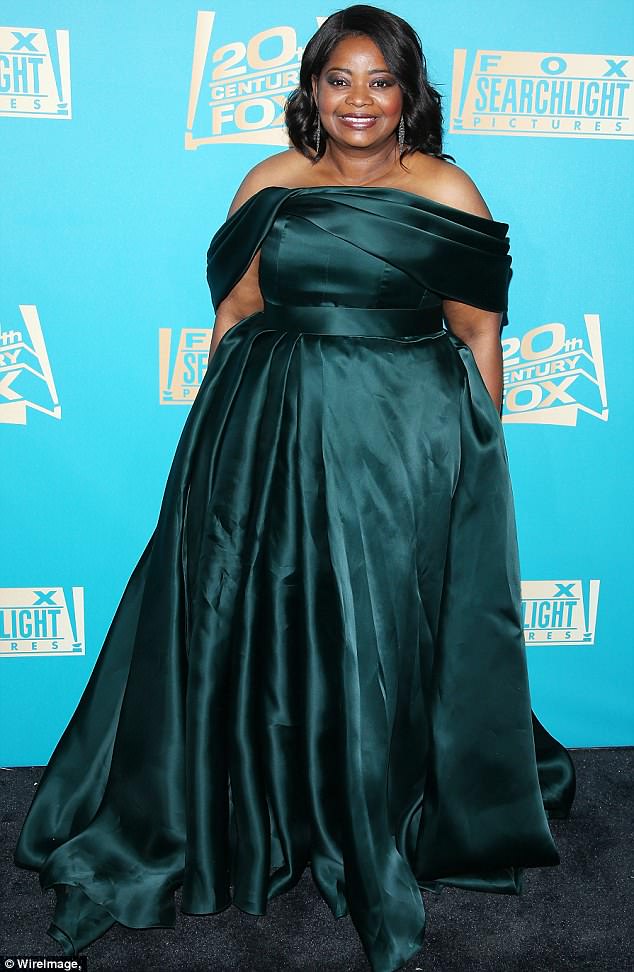 Discussion: Octavia (pictured in March) said she and Jessica were having a conversation about the gender pay gap when she told her they needed to have a ‘deeper talk’ about race 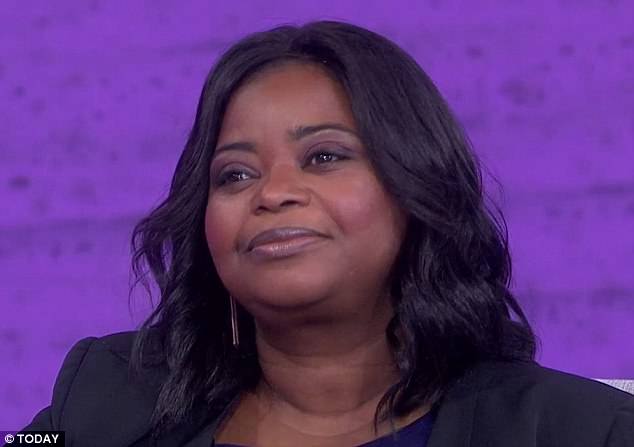 Praise: In an interview on the Today show on Monday, Octavia said Jessica did ‘the right thing’ by insisting they both be paid equally for an upcoming project

While Octavia didn’t discuss her and Jessica’s upcoming movie in detail, she said both of them would be working on the movie this winter.

Octavia first revealed earlier this year how Jessica helped her obtain five times her salary as the two worked together.

‘About 15 months ago, Jessica Chastain … contacted me and said, “I want us to do a comedy,”‘ she told a panel at the Sundance Film Festival, according to People.

‘I’m like, “Yeah!” She called me six months later, which would have been last March, and we were talking about pay equity with men and women. She was like, “It’s time that women get paid as much as men.’ I’m like, “Yeah Jessica, it’s time!” We were dropping F-bombs and getting it all out there.’

She added: ‘And then I said, “But here’s the thing, women of color on that spectrum, we make far less than white women. So, if we’re gonna have that conversation about pay equity, we gotta bring the women of color to the table.” And I told her my story, and we talked numbers, and she was quiet, and she said she had no idea that that’s what it was like for women of color.’

Octavia said she ‘loves’ Jessica for ‘walking the walk’ and ‘actually talking the talk’.

‘She said, “Octavia we’re gonna get you paid on this film. You and I are gonna be tied together. We’re gonna be favored nations, and we’re gonna make the same thing,”‘ Octavia recounted in her January talk.

‘Fast forward to last week, we’re making five times what we asked for.’ 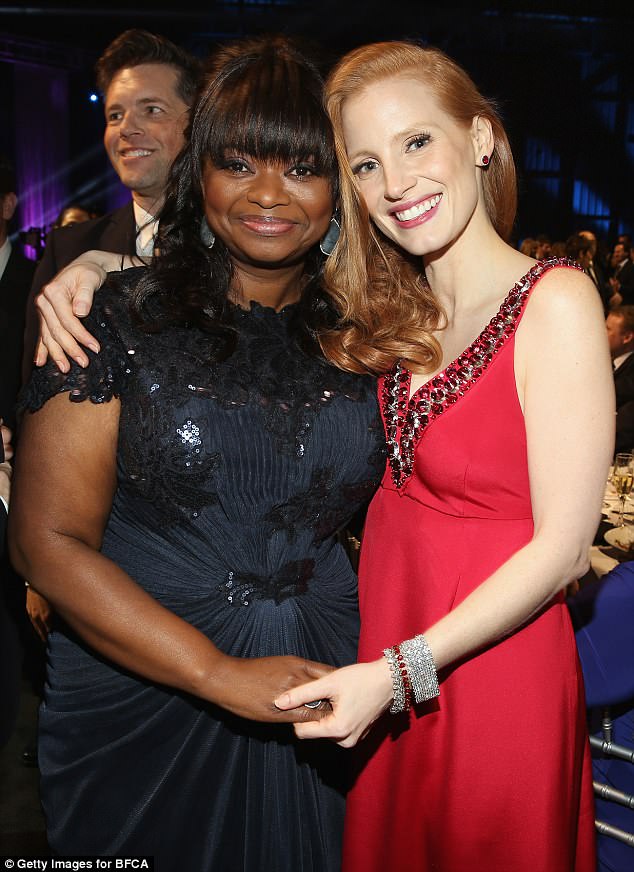 Team: ‘As a friend you want your friend to say I’m with you, but as a producer she really did more than I’ve known,’ Octavia said of Jessica (pictured with her in a file photo)

‘We don’t even get the magazine covers white women get. And that is not speaking in a way that is angry. They deserve everything they get paid.

Viola, 52, also praised Jessica’s decision to insist she and Octavia be paid equally. 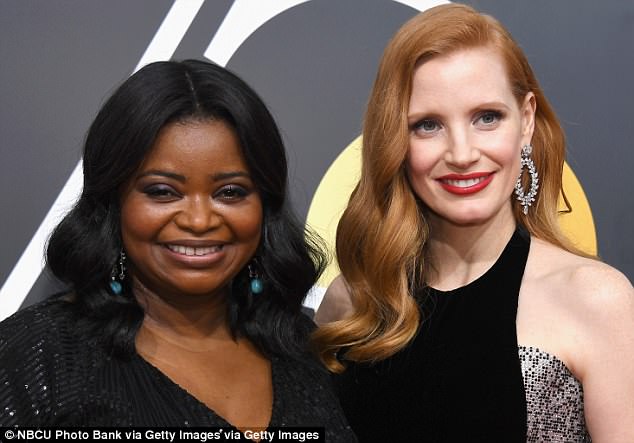 Duo: Octavia (pictured with Jessica in January) first revealed earlier this year how Jessica helped her obtain five times her salary as the two worked together

‘I don’t want to tell anyone what to do,’ she added, ‘but I think Jessica Chastain did a really boss move with Octavia Spencer by saying Octavia’s got to be paid the same as her. She actually upped Octavia’s quote for that movie because she took a salary cut.

‘I think Caucasian women have to stand in solidarity with us. And they have to understand we are not in the same boat. Even a lot of female-driven events in Hollywood, like power luncheons—which I’ve been to, and are awesome by the way—there will be 3,000 women in that room and five of them are women of color. And it’s by invite! So, you’re not even inviting us.’

Octavia appeared on the Today show on Monday to promote her new film, A Kid Like Jake, in which she plays an educator who encounters a four-year-old child grappling with gender identity.

In the film, Jake loves princess costumes and fairy tale movies. His parents, played by Claire Danes and Jim Parsons, embrace their son’s tastes at home, but when the time comes to get Jake into a New York City primary school, the pair struggles with how they want to present their son to the world.

‘Even though I’m not a parent, I realized there’s a lot of parents who are facing this in their household,’ Octavia said of the movie, ‘and it’s just a way to open dialogue so that children can be in an environment where they can blossom.’