A woman who lost all eight of her babies at 24 weeks has said that Princess Diana helped her cope in her darkest moments by meeting for lunch and giving her a ‘hug’.

Mandy Allwood, now 53, became world famous when she announced she was expecting octuplets in 1996.

But the six boys and two girls, who were born over three days and three nights, did not survive. 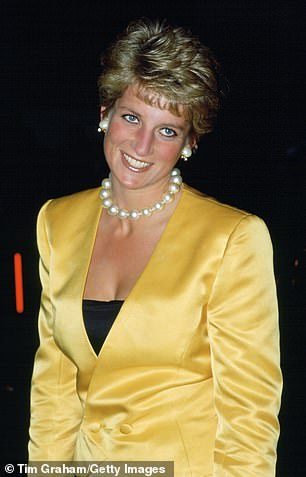 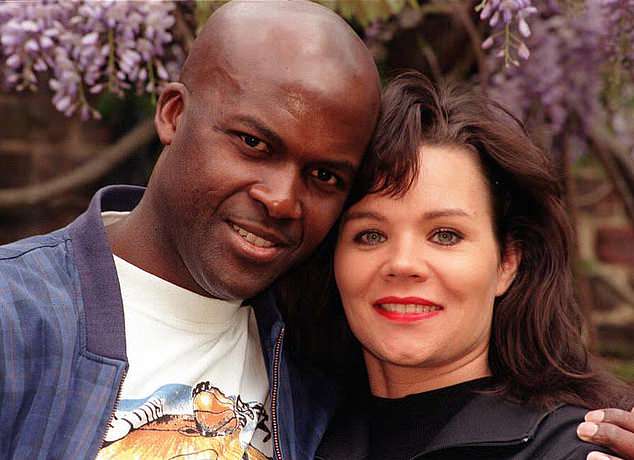 Today marks the 22nd anniversary of Kypros, Adam, Martyn, Cassius, Nelson, Donald, Kitali and Layne’s deaths and their grieving mother has revealed it was Princess Diana who reached out to her and helped her cope, reports the Daily Star.

Mrs Allwood said Diana would meet her at fancy hotels such as the Ritz and the Dorchester in London where they would chat about their struggles with depression.

She said: ‘She gave me a hug, showed me lots of support.

‘When we first met she said to me ‘thank you for keeping me off the front pages for a change’.

‘We talked about her depression and my panic attacks and she told me she had been there too. We spoke about her family and she talked a lot about Charles and Camilla.’

The mum of four said Diana got in touch just five weeks after the miscarriage by sending a lunch invitation in the post. 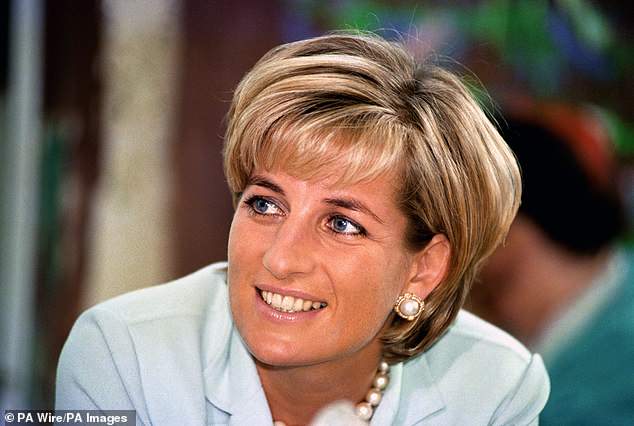 The two meetings were in October 1996 and again in November. Mrs Allwood never spoke to Diana again as she tragically died less than a year after their final meeting 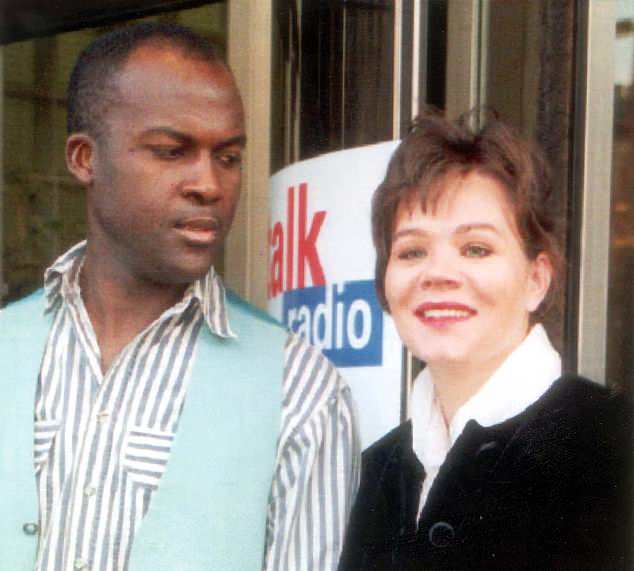 They met twice – once in October 1996 and again in November. Diana died the following year in August 1997.

The meetings were very private and Mrs Allwood was not allowed to take any pictures or exchange phone numbers with the Princess.

Mrs Allwood became famous after her story was featured in newspapers around the world when she first revealed she was going to be an ‘Octomum’.

She appeared on the Oprah Winfrey show and even received a personal message of support from Princess Diana.

Before the tragedy, Mrs Allwood already had a son, Charlie, from her failed marriage.

But after longing for children with new partner Paul Hudson – from whom she has since separated – and suffering repeated miscarriages, she took fertility drugs.

In the aftermath of the tragedy, she struggled to come to terms with her devastating loss and spiralled into a haze of depression, suicide attempts and alcohol addiction.

She hit a low in 2008, when she would drink wine from the minute she woke up, even ordering a taxi to take her to buy more after she lost her driving licence. 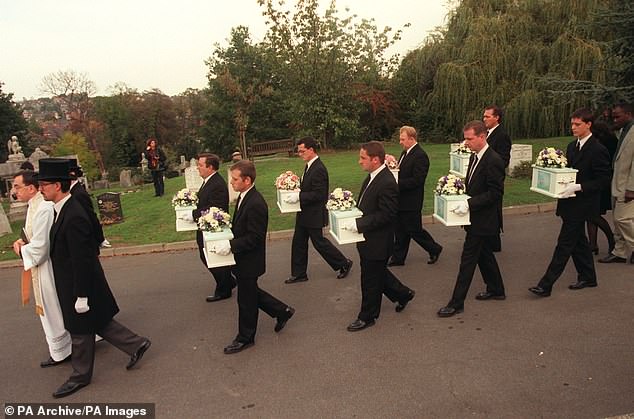 Today marks the 22nd anniversary of the babies deaths and Mrs Allwood will lay flowers for them at West Norwood Cemetery in south London. Pictured is their funeral procession

She was even given an ASBO after she repeatedly played Sinead O’Connor’s Nothing Compares to You on full volume, ‘deafening’ her neighbours.

Today, on the 22nd anniversary of her babies deaths, Mrs Allwood will lay flowers for them at West Norwood Cemetery, south London.

She said: ‘You will never forget your little boy or girl but you can’t change it. You will always have those memories and you will come through it.’