Odsonne Edouard is set to be at the centre of a four-way transfer battle between Premier League teams following Celtic’s Champions League exit.

The France Under-21 international missed the 2-1 defeat to Ferencvaros on Wednesday that cost Celtic the chance to play in the group stages and that has put his suitors on alert.

Everton, who are looking to bolster their forward line, have long-held an interest in Edouard and regularly scouted him before lockdown, watching him in back-to-back games against FC Copenhagen and Kilmarnock as Sportsmail reported in March.

Though Carlo Ancelotti has options in Dominic Calvert-Lewin, Richarlison and Moise Kean – whom the Italian has vowed will be given another chance in the new campaign – Edouard’s progress over two years in Scotland has made him an attractive proposition.

There are, however, a number of rivals in the frame headed by Leicester City, whose manager Brendan Rodgers signed the 22-year-old for Celtic from Paris St Germain.

Leicester would be in a stronger financial position than Everton, having sold Ben Chilwell to Chelsea for £45million earlier this week.

Newcastle, whose scouts have contacted Celtic, and Aston Villa are the other sides in the frame for Edouard, whom Celtic wanted to tie down to a new contract and lead their quest to win ten titles in a row.

It now seems Edouard will be the biggest name to depart Parkhead before the transfer deadline with manager Neil Lennon admitting after the Ferencvaros game that some players no longer wanted to play at Celtic. 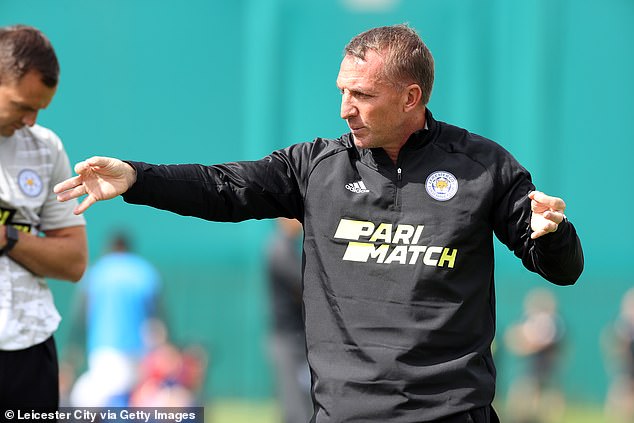