Australia’s economy may be faring better than those of Europe and the US, but the nation is not safe from gloomy global prospects.

Global growth is expected to ease from three per cent in 2022 to 2.25 per cent in 2023, the Organisation for Economic Co-operation and Development’s interim economic outlook shows.

Plenty of uncertainty underpins these forecasts, with a worst-case scenario seeing severe fuel shortages hitting European economies hard and shaving another 0.5 per cent off global growth in 2023.

Australia’s relatively strong GDP score was noted in the report, but softening demand for exports such as resources may see growth cool.

The OECD has downgraded economic growth forecasts for Australia and the rest of the world. Pictured is a waitress delivering food

‘Japan, Korea and Australia have somewhat stronger growth momentum currently than Europe and the United States, but that is projected to wane over the coming quarters, in part due to softer external demand,’ the report said.

The OECD report downgraded Australia’s economic position from June forecasts, projecting real GDP to grow by 4.1 per cent in 2022 and 2.0 per cent in 2023.

Treasurer Jim Chalmers agreed Australia was not immune from the troubles facing the global economy.

‘These challenges are intensifying, not dissipating, and Australia is not spared from this darker and more dangerous global outlook.’ 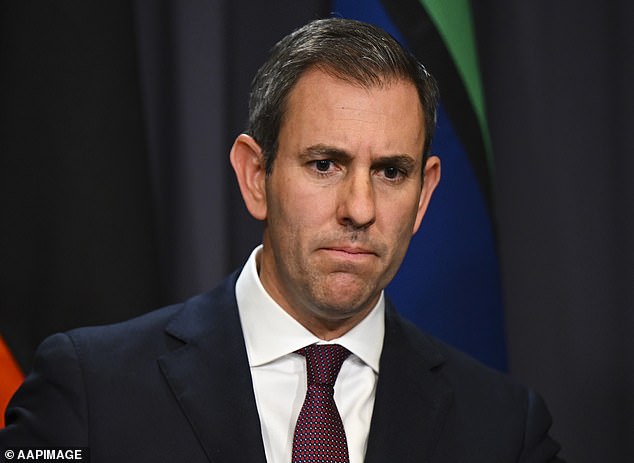 However, Dr Chalmers said there was reason to be optimistic about the longer-term future of the economy.

He said his first budget due in October would focus on delivering ‘responsible’ cost of living relief.

The report accepts that support for households struggling with high energy costs will probably be necessary.

‘However, this should be temporary, concentrated on the most vulnerable, preserve incentives to reduce energy consumption and be withdrawn as energy price pressures wane,’ the report said. 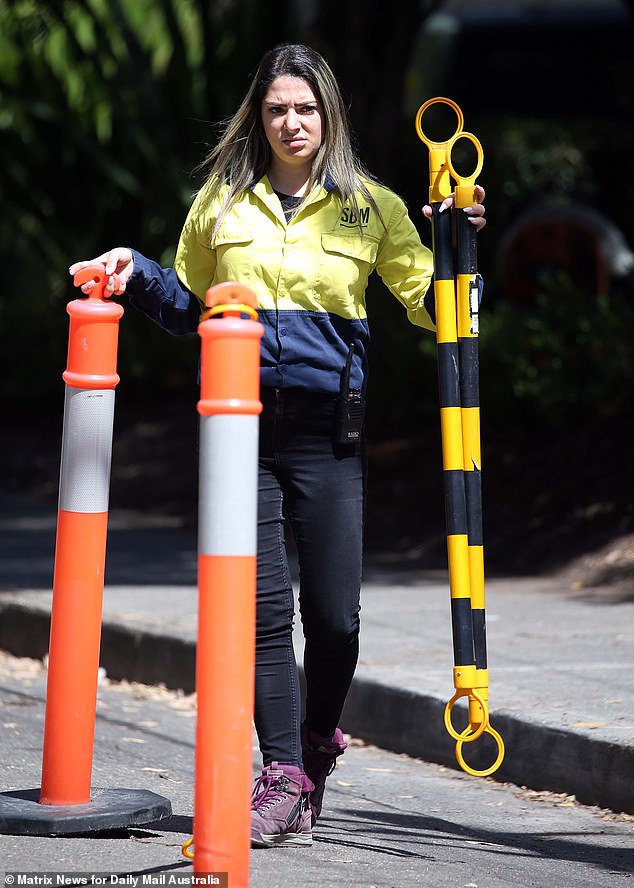 Australia’s relatively strong GDP score was noted in the report, but softening demand for exports such as resources may see growth cool. Pictured: A Sydney tradie

Food security remains a key concern to the global economy, with extreme weather events caused by climate change likely to worsen the situation.

The grim walk through the state of the global economy reveals inflation spreading widely across many economies since Russia’s invasion of Ukraine.

‘The effects of the war and the continuing impacts of COVID-19 outbreaks in some parts of the world have dented growth and put additional upward pressure on prices, above all for energy and food,’ the report says.

Rising interest rates and easing supply bottlenecks are likely to temper inflation, but soaring energy costs and labour shortages are likely to slow its pace of decline.

The OECD report sees headline inflation pulling back from 8.2 per cent to 6.5 per cent in 2023 among the G20 group of economies which includes Australia.