International experts are so concerned about an Australian housing market collapse crippling the economy they are urging the government to prepare for a ‘crisis situation’.

The Organisation for Economic Co-operation and Development has recommended authorities ‘prepare contingency plans for a severe collapse in the housing market’.

‘These should include the possibility of a crisis situation in one or more financial institutions,’ the OECD said in a Sunday report.

The OECD feared cooling housing markets in Sydney and Melbourne could cripple the broader Australian economy, as indebted households cut back on their spending.

A severe decline in home renovations, under this scenario, would weaken construction activity, leading to fewer business loans ‘putting stress on the financial sector’.

Real estate data group CoreLogic, American investment bank Morgan Stanley and ANZ are predicting house prices falls in Sydney and Melbourne of 15 to 20 per cent by the end of next year.

This would set a new record, surpassing the double-digit slump of the early 1980s when there were two recessions.

Since the early 2000s, house prices in Australia’s biggest housing markets have doubled in real terms, when adjusted for inflation.

Household debt has also surged, now making up 189 per cent of average household income, which has been than doubled during the past two decades. 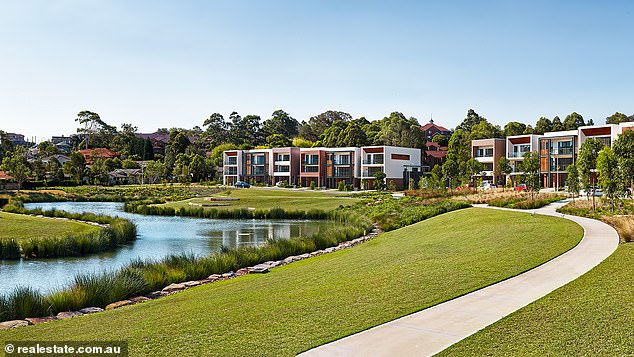 Sydney’s housing market has plunged by 9.5 per cent since peaking in July 2017 with Ryde in the city’s north (which includes Putney, pictured) diving by 12.1 per cent

Australia’s biggest property markets are in the midst of the worst slump on record, with Sydney real estate values plummeting 9.5 per cent since peaking in July 2017 despite interest rates being at a record low of 1.5 per cent.

The downturn in housing values is set to surpass the 9.6 per cent plunge that occurred in the two years leading up the 1991 recession, CoreLogic data showed.

Back then, Reserve Bank of Australia interest rates had peaked at more than 19 per cent.

In 2018, some areas are doing even worse, with Ryde in Sydney’s north diving by 12.1 per cent since last year.

Melbourne is also in the doldrums, plunging by 7.6 per cent during the past year, with the city’s upmarket inner-east doing even worse, with real estate values slumping by 11.7 per cent.

Sydney is home to eight of Australia’s 10 worst performing metropolitan housing markets, with Baulkham Hills in the north-west, Sutherland in the south and Parramatta in the west suffering double-digit declines since peaking in July 2017.

The gentrified inner-west and Blacktown in western Sydney have seen prices fall by eight per cent. 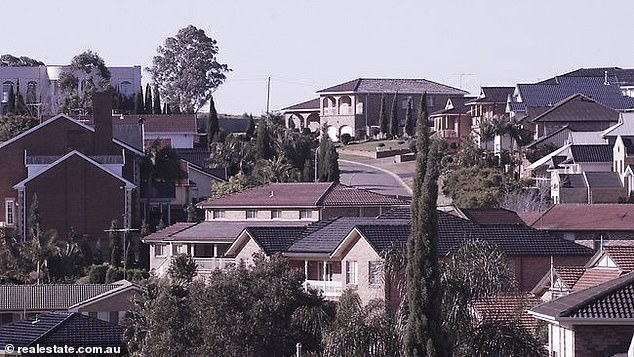 The OECD feared cooling housing markets in Sydney (pictured) and Melbourne could cripple the broader Australian economy, as indebted households cut back on their spending

During the global financial crisis in 2009, Kevin Rudd’s Labor government introduced a bank deposits guarantee and tripled the first-home buyers subsidy to $21,000 in a bid to underpin Australia’s housing market and lending.

House prices began to surge in 2012, with real estate values soaring by 75 per cent in just five years.

In March 2017, just four months before Sydney’s market peaked, house and apartment values were surging at an annual pace of 18.9 per cent with Melbourne not far behind on 15.9 per cent.

Hobart has so far bucked that trend, with house prices climbing by 8.9 per cent in the year to November to be Australia’s best performing real estate market.

House values have also risen in Adelaide, Brisbane, Darwin and Canberra but continued to fall in Perth, despite Western Australia enjoying a mining-led jobs boom. 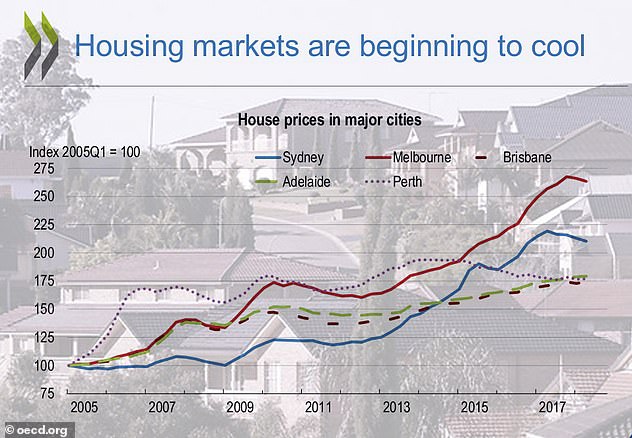 Sydney and Melbourne house prices surged by 75 per cent between 2012 and 2017 before diving last year, sparking warnings from the OECD