An off-duty state trooper working part-time for the U.S. Postal Service was shot dead inside his mail truck in Mississippi.

Authorities discovered Mississippi Highway Patrolman Lt. Troy ‘Rudy’ Morris, of Natchez, dead inside his USPS truck on Friday around 4:30am.

Morris, 58, was a 27-year veteran of the Mississippi Highway Patrol and worked for USPS part-time for 16 years.

‘He was a good man, a friend and a valuable member of this agency,’ wrote Colonel Randy Ginn, Director of MHP, in a press release.

‘He will be truly missed by the Mississippi Highway Patrol. Our thoughts and prayers are with his family.’

The Clarion Ledger report that Morris called MHP and the Jefferson County Sheriff’s Office after his mail truck got a flat tire on U.S. Route 61.

But while waiting for USPS to send another mail truck, Morris was gunned down at the scene and was later discovered by authorities who dispatched to meet him.

Authorities said it appeared nothing had been stolen from the mail truck.

‘Troopers from around this state were vehemently searching for clues and leads to direct them to a possible suspect. The State Crime Lab sent a team of forensic experts to work the crime scene,’ said Lee. 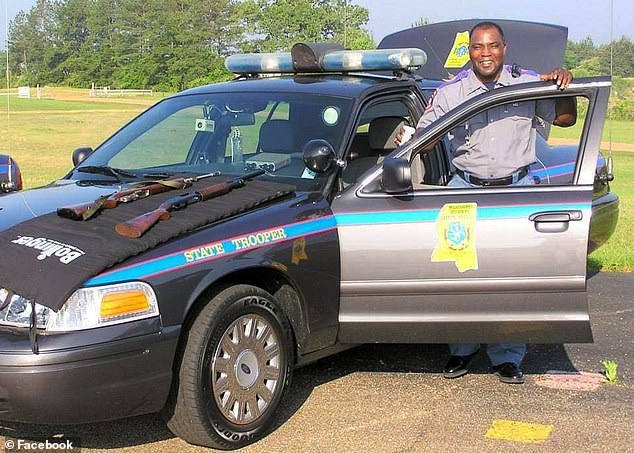 ‘This is a sad day, not only for law enforcement but family and friends of Lt. Morris. My deepest sympathy and prayers.’

Lee added that Morris’ body was transferred to the Mississippi Crime Lab to undergo an autopsy.

‘I can’t believe someone would gun down a police officer like that,’ he said.

‘This is a sad day for law enforcement, the Mississippi Highway Patrol, and the State of Mississippi. Our thoughts and prayers are with the family of Lieutenant Troy Morris,’ write Commissioner Sean Tindell in the press release.

Pictured: a number of Mississippi law enforcement stand at the crime scene on Friday after Morris’ body was discovered

Commissioner Sean Tindell: ‘This is a sad day for law enforcement, the Mississippi Highway Patrol, and the State of Mississippi’. Pictured: police vehicles at the crime scene

As of Saturday, Damion Whittley, 25, Treyon Washington, 24, and 17-year-old Cdarrius Norman have all been charged with murder in connection to Morris’ death.

Authorities tracked down Whittley and Norman to New Orleans, where they were captured and awaiting extradition to Mississippi.

USPS and Mississippi Crime Stopper previously said offered a $108,000 reward for any information leading to an arrest.

‘My prayers are with the loved ones of Lt. Troy Morris who was senselessly shot and killed this morning in Jefferson County. I hope the individual responsible for such an unforgivable act is swiftly brought to justice,’ wrote Palazzo. 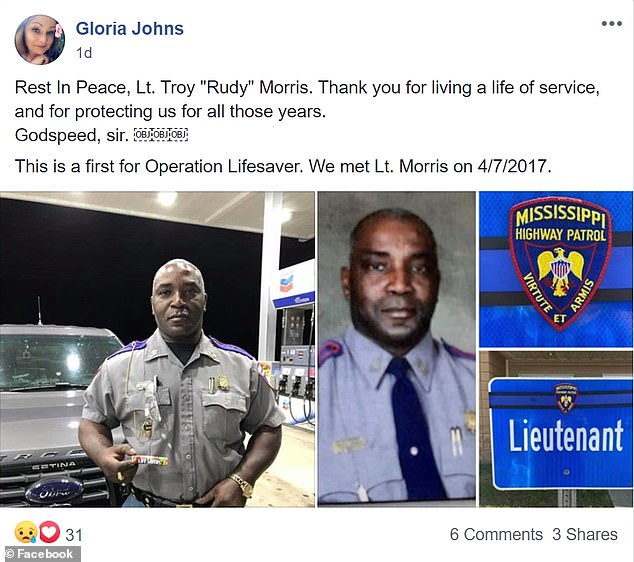 Operation Lifesavers, a community group that supports local officers and gifts them with packages of Life Savers, also posted a tribute to Morris.

‘Rest In Peace, Lt. Troy “Rudy” Morris. Thank you for living a life of service, and for protecting us for all those years. Godspeed, sir,’ wrote one member.

The investigation into Morris’ death is ongoing.