‘Off-grid’ parents who sat back while their toddler took a wee on the studio floor live on This Morning have revealed that they have been evicted from their family home.

Matt and Adele Allen, from Brighton, said they were asked to leave their one-bed flat in Brighton after a row over a buggy left in the hallway.

It comes after the couple were reported for child cruelty by ‘vindictive’ trolls after their appearance on ITV in July last year.

They shocked the nation with their hands-off approach to parenting their children Ulysses and Ostara, then aged 5 and 1, who were branded ‘feral’ online.

Matt and Adele Allen, from Brighton, said they were reported for child cruelty by ‘vindictive’ trolls after their appearance on ITV in July, in which Ostara peed on the floor (shown) 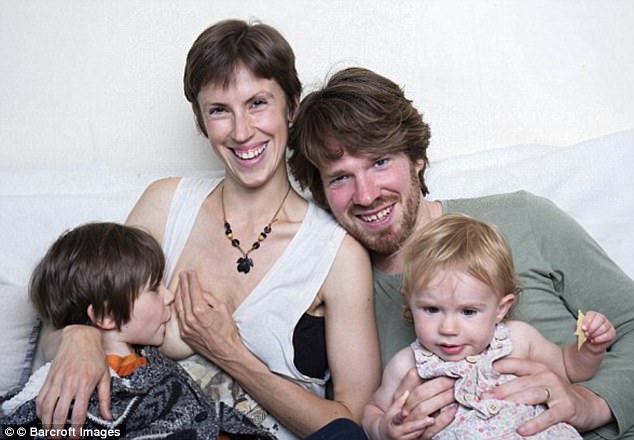 During their This Morning spot, Adele revealed she was still breastfeeding Ulysses up until the age of 5, but had now stopped as ‘he decided it was the right time’ 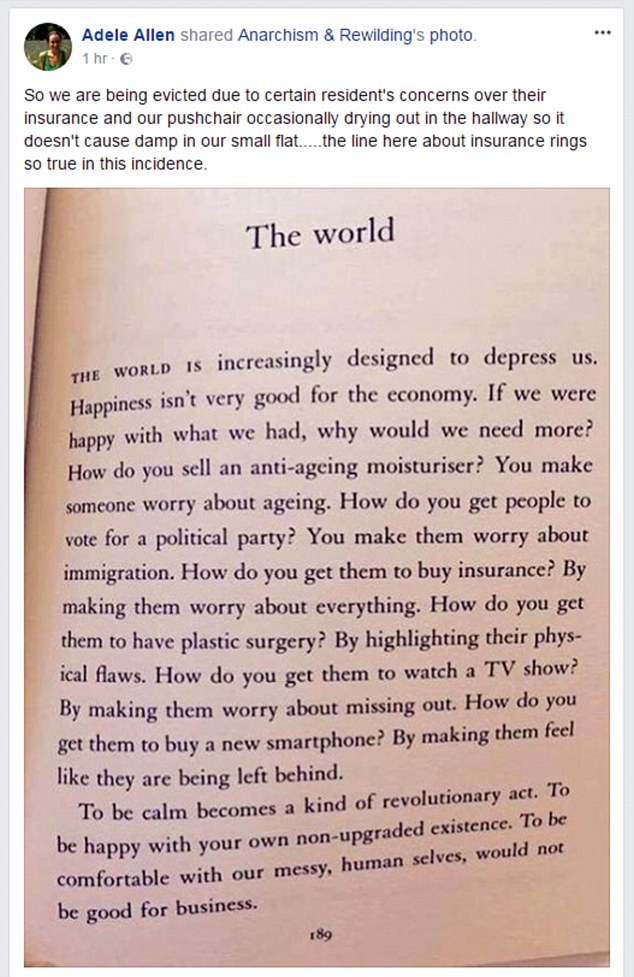 Matt and Adele Allen, from Brighton, said they were asked to leave their one-bed flat in Brighton after a row over a buggy left in the hallway 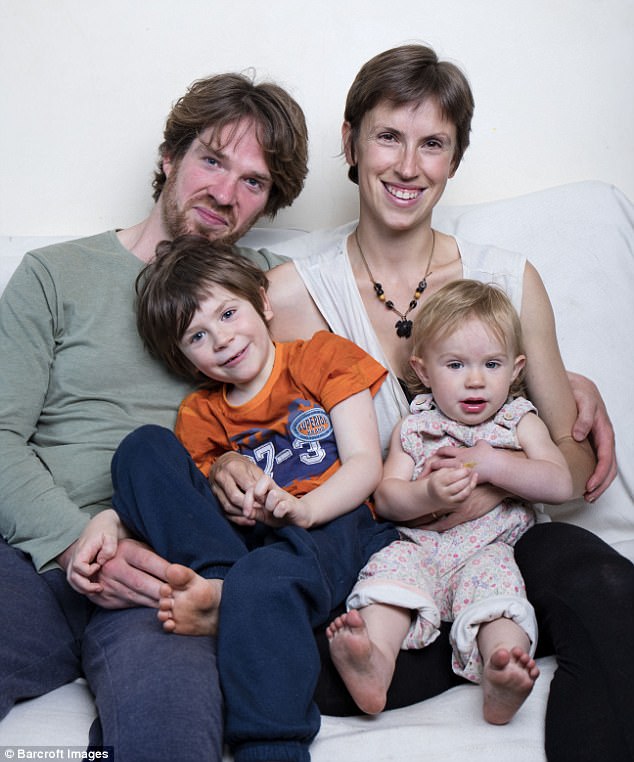 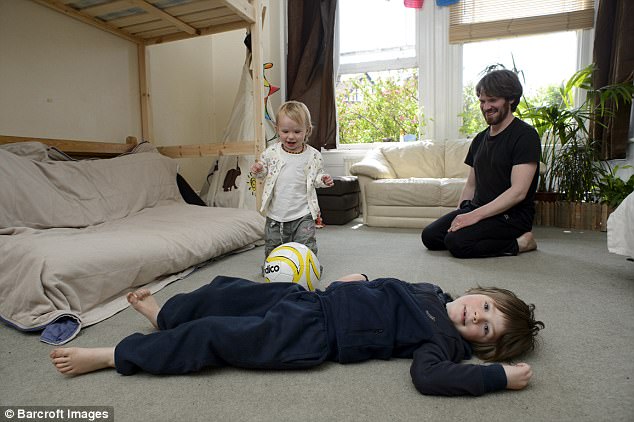 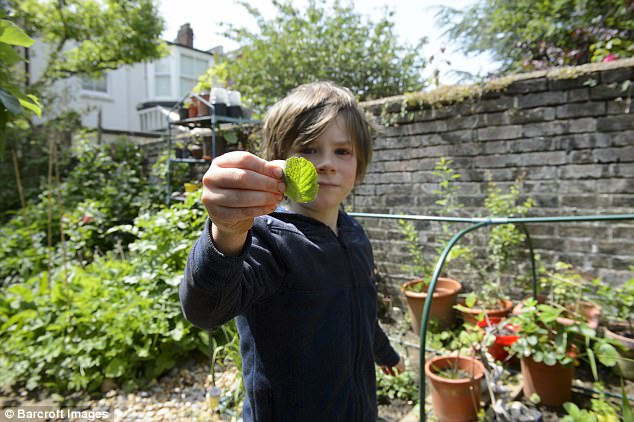 Viewers watched on as Ostara urinated on the floor and Ulysses jumped on the show’s famous sofas in front of a shocked Eamonn Holmes and Ruth Langsford.

In a Facebook post, Adele told her followers that the family had been told to leave their flat.

She wrote: ‘So we are being evicted due to certain resident’s concerns over their insurance and our pushchair occasionally drying out in the hallway so it doesn’t cause damp in our small flat.’

She then added a photo which the words ‘How do you get them to buy insurance? By making them worry about everything’.

The family’s appearance on ITV proved controversial, with Adele revealing that they were reported to the authorities shortly after.

The 32-year-old told That’s Life! magazine: ‘Viewers were appalled, calling our children ‘feral’ and ‘out of control’. 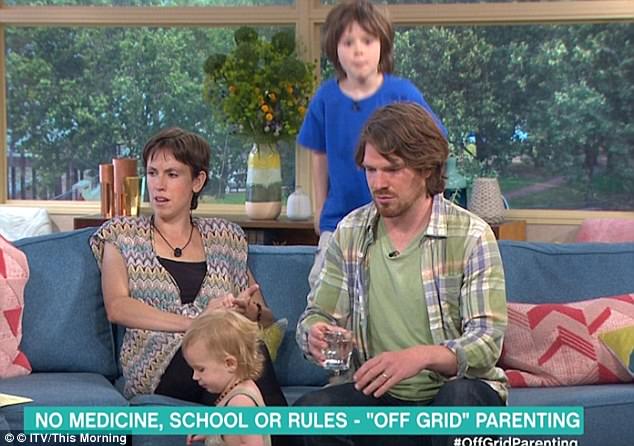 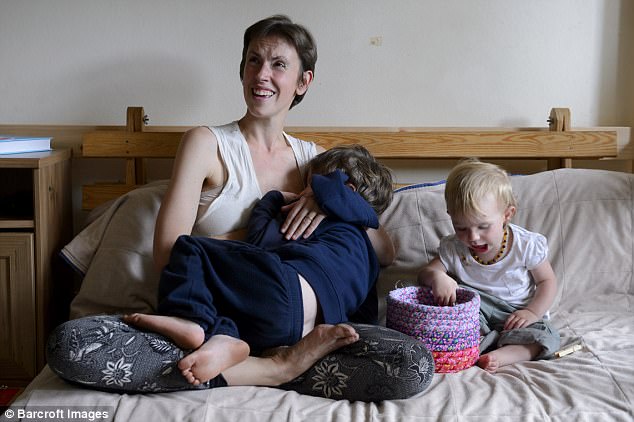 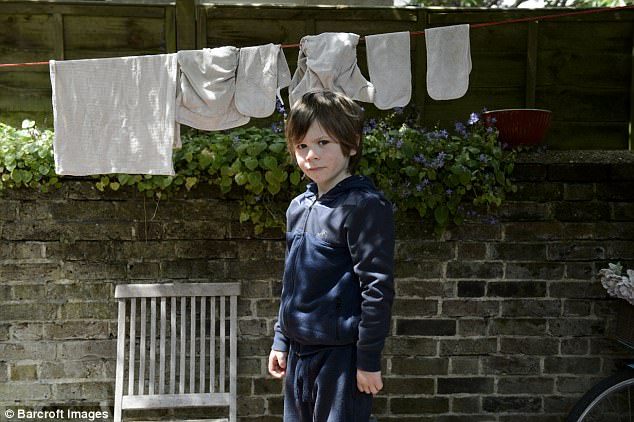 Ulysses, like his one-year-old sister, has never visited a doctor despite being five years old. 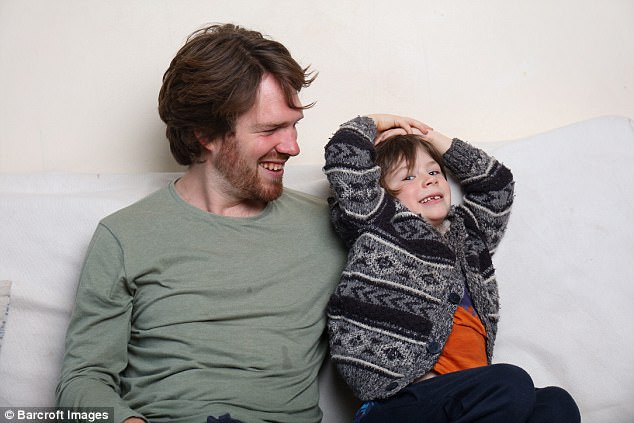 ‘Vindictive trolls reported us to social services. ‘Come in’, I told the social worker when she made a home visit. ‘I’ve nothing to hide’.

‘She left, satisfied they were happy and healthy.’

Their parenting style came under fire from viewers after Matt failed to intervene when he spotted his daughter going to the toilet on the floor.

They believe in an all-natural approach to bringing up their children – so much so they refuse modern medicine and traditional schooling.

But viewers were not impressed to see Ulysses jumping around on the sofa, while Ruth Langsford looked distinctly unimpressed.

Excusing her children’s behaviour on the ITV show last year, Adele said she cannot discipline her eldest as he is ‘too sensitive an individual’. 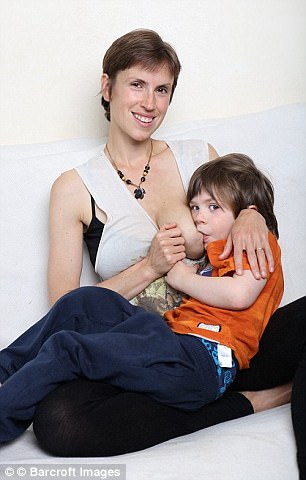 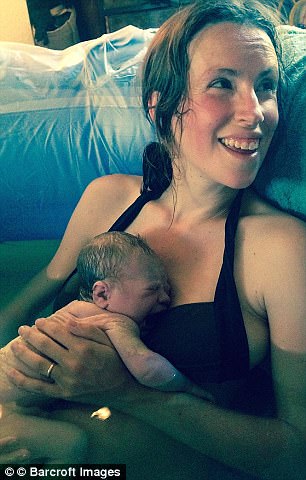 Adele gave birth to both her children completely unassisted and with no medical intervention (shown right), with only her husband Matt by her side 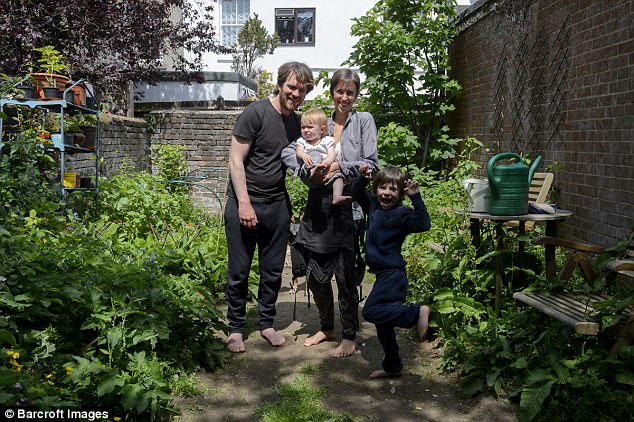 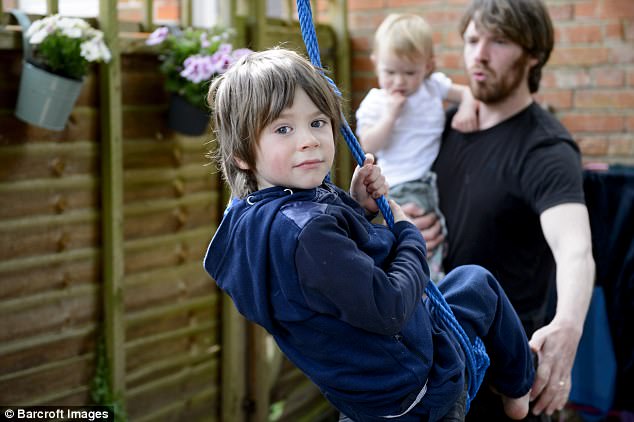 Ulysses is pushed on a swing by Mr Allen, who refuses to use modern medicine or send his son to a doctor

During their This Morning spot, Adele revealed she was still breastfeeding Ulysses up until the age of 5, but had now stopped as ‘he decided it was the right time’.

She added: ‘When September came, I didn’t drop Ulysses at the school gates like other mums.

‘Instead we spent the day foraging in the garden. I was delighted when he pulled up a handful of mint and chewed on it happily.

‘I smiled at Matt, ‘Being out here in the fresh air is much more inspiring than being in a stuffy classroom.”

The couple came under fire once again when it was revealed that they had set up a GoFundMe page, asking for £100,000 to relocate the family to Costa Rica.

In the bio for their fundraiser they explain that they wish to move their family to the country to achieve their parenting dream of ‘self-sustainability’. 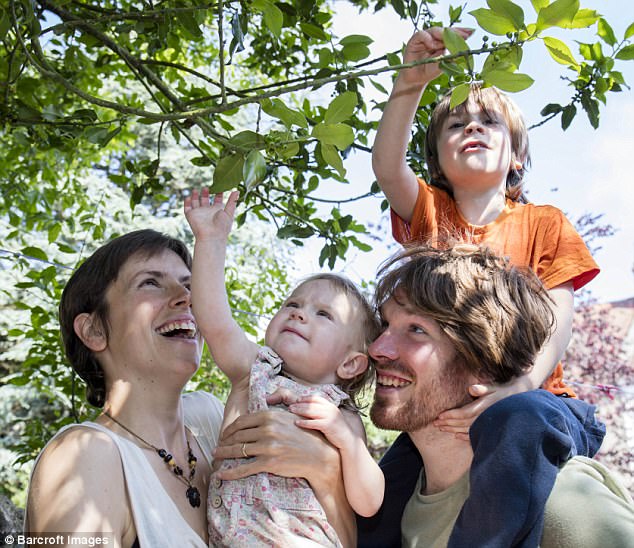 Matt and Adele Allen live in the garden flat of a detached £700,000 home in a quiet residential street in upmarket Hove, East Sussex.

Matt is understood to be a yoga teacher and fitness consultant and is often seen swimming from Hove beach.

Neighbours say the couple are polite and well-mannered but the children are often noisy.

One elderly neighbour, Philip Bull, said: ‘The kids seem like a handful but they look well cared for and happy.

‘The family has the garden flat in the house and I’ve been told it is a right state, a mess. I was told they all live in the same room which seems a bit strange.

‘I don’t know who the landlord is but I was told he’d had enough of them not obeying house rules. Doors were left open, there was rubbish and bottles left out. It was a state.

‘The houses in this road are very nice and cost a lot of money. Maybe the landlord doesn’t want it ruined and might think of renting to a professional next time.’ 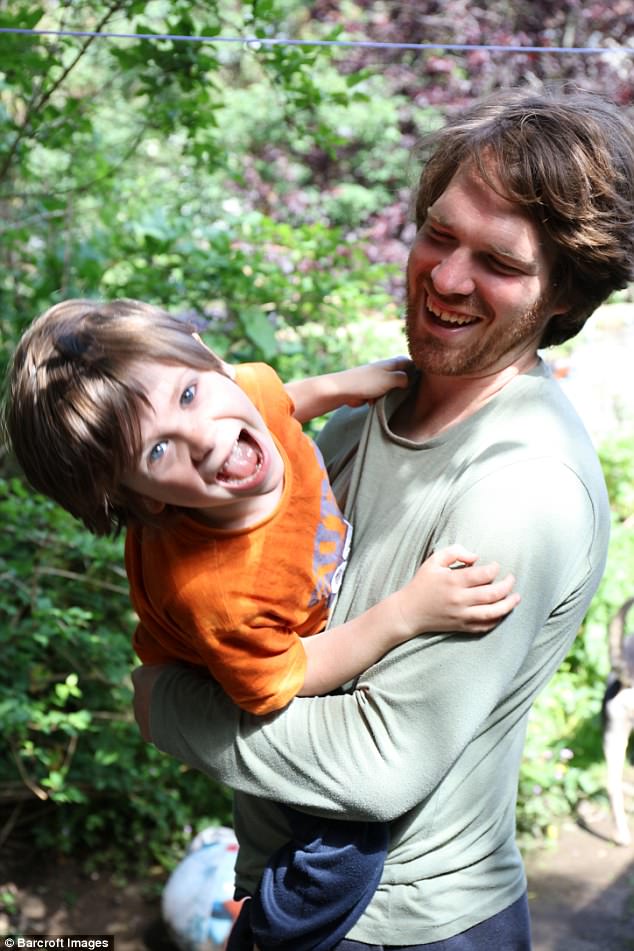 One neighbour, Kate, said: ‘It’s all well and good saying they are off-grid and are self-sustaining but I know for a fact they are on benefits – in other words everyone else is sustaining their lifestyle.

‘I’ve never had any problem with them myself. Their kids seem nice though they often wander around the streets barefoot and they’re pretty loud.’

Another neighbour said: ‘They’re a nice couple. I’ve always got on well with them. They hadn’t been here for very long and now suddenly they’re gone.

‘Old fuddy duddies will complain about them but Brighton and Hove is a very free-thinking place.

They’ve got lots of friends. I know he has loads of mates. You get all types of hippies here. They fit right in.’