A Washington state police department has launched an investigation into an officer’s use of force when breaking up a fight after he was seen in a video kicking a teenage boy in the back and pepper spraying him.

The officer was responding to reports of a massive brawl involving teenagers at the Central Washington State Fair on Sunday night when a witness caught the cop kicking a boy to the ground.

In the footage, posted on Facebook by Jasmin Hernandez Cervera, a large group of teens are seen fighting in the middle of a parking lot. Some of the teens scatter when they see two officers approaching.

Four teens, including a 17-year-old in a pair of black of jeans and white jacket, continue swinging at each other. The fight breaks up when one of the officers pepper sprays the group tells them to ‘get on the ground now’. 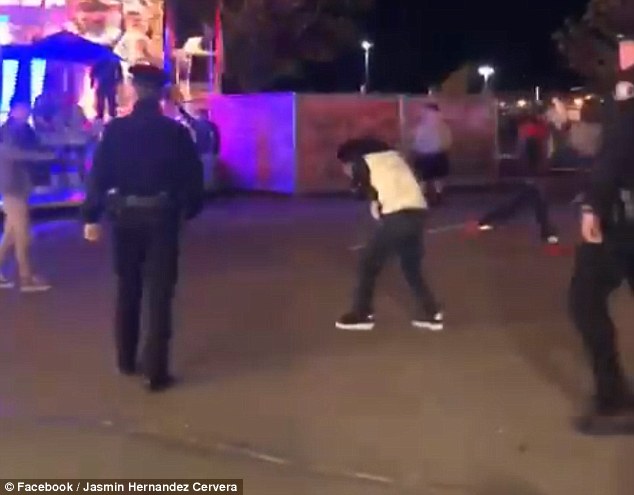 An officer pepper spayed a teen to break up the fight. The teen is seen appearing to hold his face 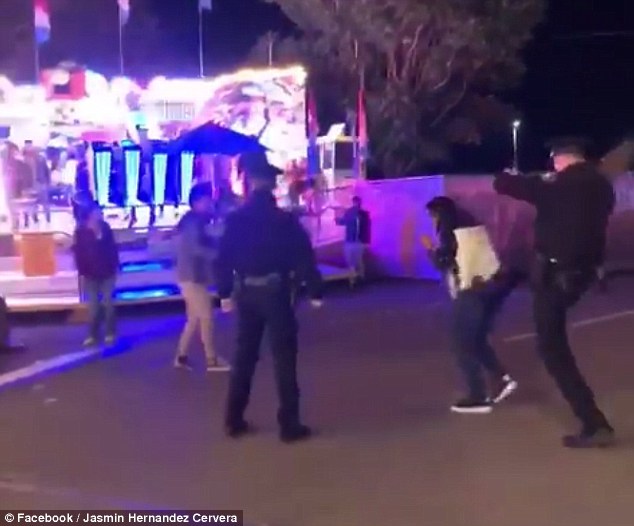 An officer, identified as Ian Cole with with the Yakima Police Department, walked up to the teen and kicked him 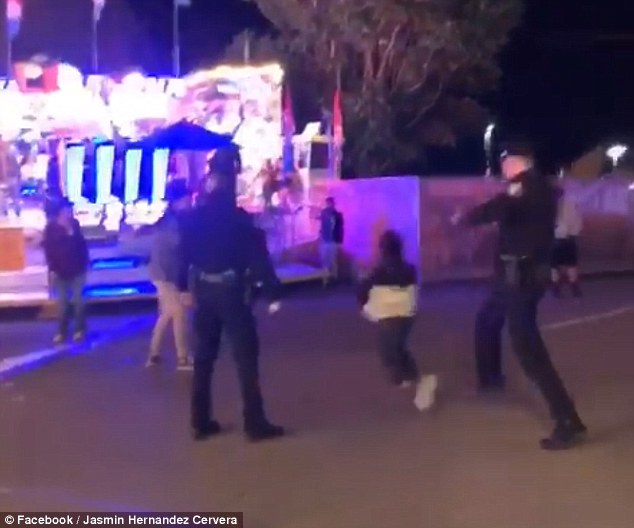 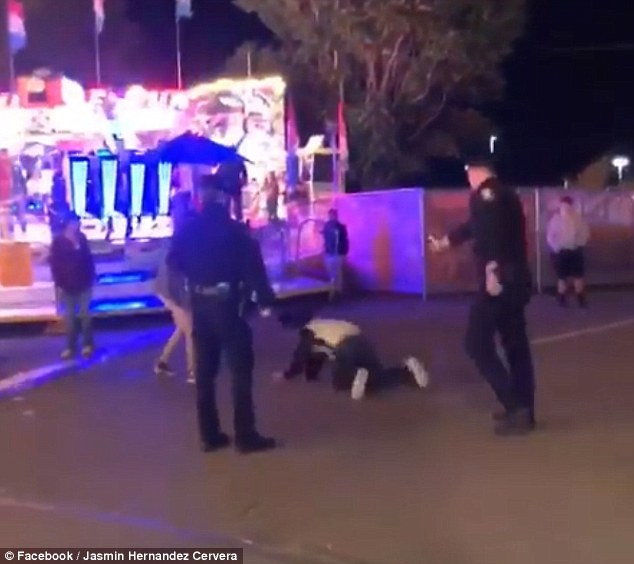 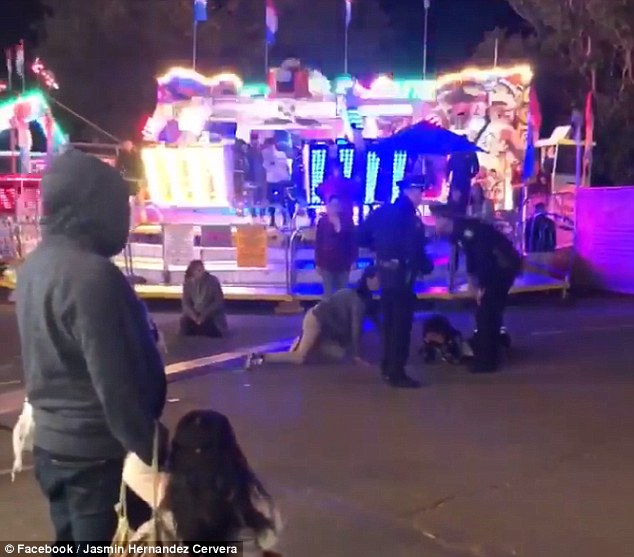 The teen who was kicked, and another boy, were seen lying on the ground

The teen in the black jeans stumbles and appears to bend over holding his face when a second officer walks up behind him and pepper sprays him again while violently kicking the boy in the back causing him to fall to his knees.

The officer who kicked the teen was identified by the Seattle Times as Ian Cole with the Yakima Police Department.

Things get even tenser when a man walks over seemingly to defend the teen. Cole’s partner yells at the man to back off. 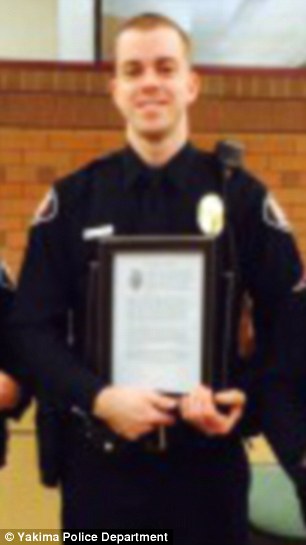 The teen who was kicked and another boy lie flat on the pavement as Cole yells for them to get on the ground.

‘They were young,’ she said, adding there were no weapons involved, just ‘kids swinging at each other’.

The Yakima Police Department said in a statement earlier this week that they were made aware of the video and are investigating the officer’s use of force.

‘Maintaining public trust is one of our highest priorities, and in doing so, investigators will be collecting all available evidence as it pertains to a use of force review,’ interim chief of police Gary Jones said.

‘Police officers are often faced with difficult situations that require immediate assessment of circumstances in order to protect the community and themselves. I want to assure our community that use of force reviews are conducted in an objective, meticulous manner that requires layers of oversight.’

The department asked anyone with information on the incident to contact them. 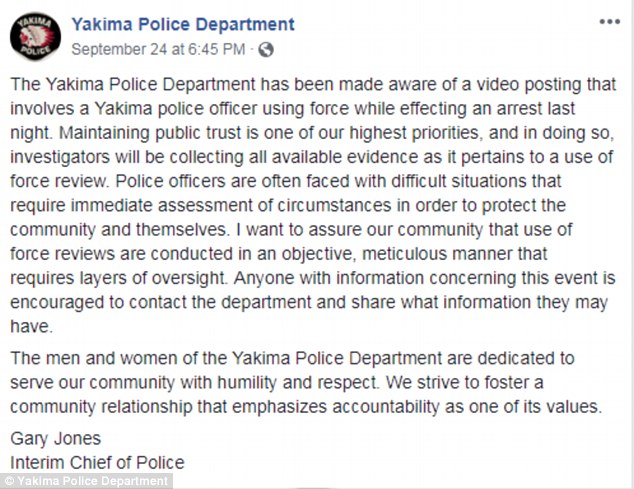 ‘The men and women of the Yakima Police Department are dedicated to serve our community with humility and respect. We strive to foster a community relationship that emphasizes accountability as one of its values,’ Jones added.

Yakima attorney Bill Pickett told the Yakima Herald that he is representing the teen in a claim against the city and the family wants justice. He said the teen was a victim in the incident and had been attacked by the other boys before police showed up.

According to the Seattle Times, Cole has been placed on desk duty as the department investigates.