Officer donates part of his liver to save baby’s life

A nine-month-old girl suffering a rare liver disease was saved by a police officer who went beyond the call of duty and volunteered as an organ donor to save her life.

Sloan St James appeared to be a healthy baby until she had jaundice and her stomach began to bloat at three months, leading to stage 4 liver failure caused by biliary artresia, a rare, life-threatening disease of the bile ducts that only affects infants.

Desperate to save their daughter, Sloan’s parents Sarah and Chris St James, 33, took to Facebook to plead for an organ donor after doctors said she had two weeks to get an emergency transplant.

Lieutenant Steven Tenney, 40, of Keene Police Department in New Hampshire, a father-of-two, saw the post through a shared mutual friend of the family from Massachusetts, answered the call and was the perfect match to donate a fifth of his liver. 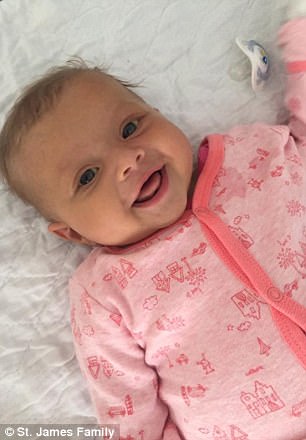 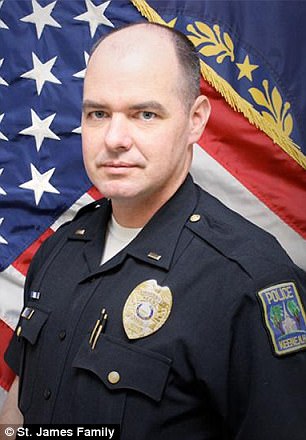 Sloan was born in April 2016 as a full-term, healthy baby. Sarah said the only red flag was that her jaundice persisted beyond two months old, which their pediatrician assured them was not a concern.

‘That combined with increasing abdominal distention led my husband and I to bring her in for a ”piece of mind” check-up,’ the mother-of-two wrote on Facebook.

‘We were sent directly to Boston Children’s Hospital on Aug 8 [sic], 2017 and never looked back,’ she said.

Sloan was diagnosed with biliary artresia, a disease of the bile ducts that causes liver failure.

Bile is a digestive liquid that is made in the liver and travels through the bile ducts to the small intestine where it helps digest fats.

The disease causes the bile ducts to become inflamed and blocked and liquid remains in the liver, destroying the organ.

Only one out of every 18,000 infants is diagnosed with the disease and it is unknown what causes it.

When Sloan arrived at the hospital she had stage 4 liver failure and doctors told the family she would need a liver transplant within two weeks to survive.

‘The very first thing we found out was that her liver was in stage 4 liver failure, which is the final. It’s the end. It was absolutely terrifying,’ Sarah told PEOPLE. 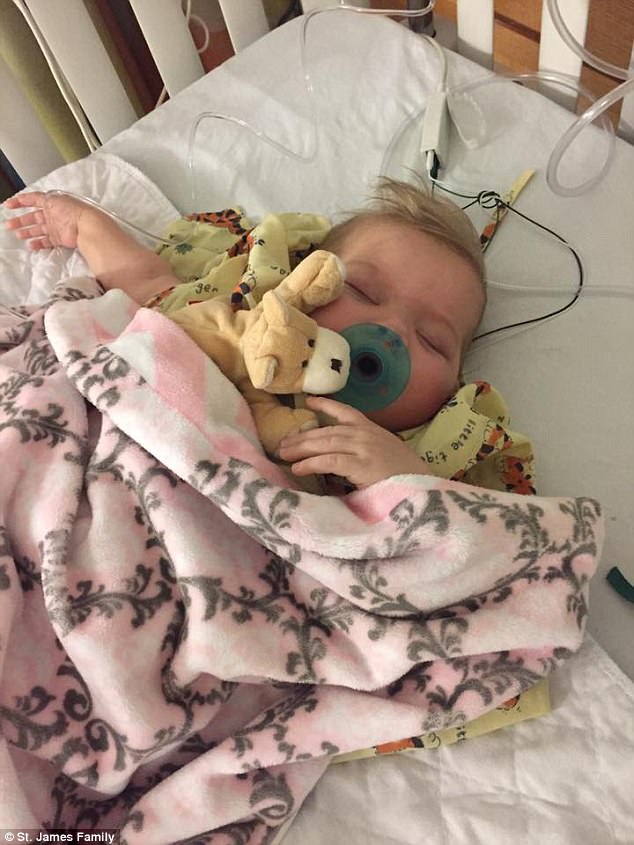 Sloan underwent a liver transplant in September which saved her life, though now she is battling with her body which is partially rejecting it 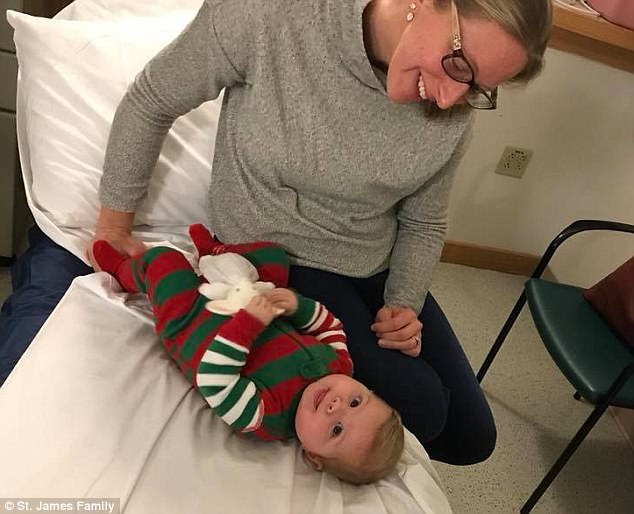 WHAT IS BILIARY ATRESIA?

Biliary atresia is a rare disease of the liver and bile ducts that occurs in infants.

Only one out of every 18,000 infants is diagnosed with the disease.

With biliary atresia, the liver ducts that produce bile – which flows to the gallbladder – are blocked.

The bile is then trapped inside the liver, quickly causing damage and scarring of the liver cells (cirrhosis), and eventually liver failure.

Biliary atresia is usually diagnosed through either an ultrasound or a liver biopsy.

There is no medication to treat the disease but there are two forms of treatment.

The first is a Kasai procedure – an operation to reestablish bile flow from the liver into the intestine.

The second, a liver transplant, is the definitive treatment for biliary atresia with a high survival rate.

The St James’ went home to their home in Buzzards Bay, Massachusetts, where they waited to match with a deceased donor.

‘We thought we could wait it out until we got a match, but she started failing even quicker,’ Sarah said. ‘She was just getting sicker and sicker. We couldn’t just wait around for a deceased person to match her.’

No family members were a match for Sloan, so the parents put out a plea on Facebook for a donor.

That is when the lieutenant and father-of-two learned about Sloan’s condition from his wife.

They knew of the family through a mutual friend but had never met.

Knowing he was the same blood type as Sloan, Tenney jumped at the opportunity to help.

He filled out an online survey for Lahey Hospital and Medical Center in Burlington, Massachusetts, followed by a week of physical and psychological testing to confirm that he was a match.

On September 8, the lieutenant had a fifth of his liver removed at Lahey Hospital where it was then rushed 20 miles away to Boston Children’s Hospital to be transplanted to Sloan.

A few weeks after the transplant, Sloan and Tenney met for the first time.

However the now nine-month-old girl still has a long road ahead.

On Tuesday, discouraging biopsy results came back that showed Sloan’s body was moderately rejecting the liver and her levels that determine liver function were elevated.

Sarah said: ‘We are praying with all our being that this is something they can manage as outpatient. Being readmitted is my worst fear.’

However, the family is thankful for Tenney and said they consider him their hero. 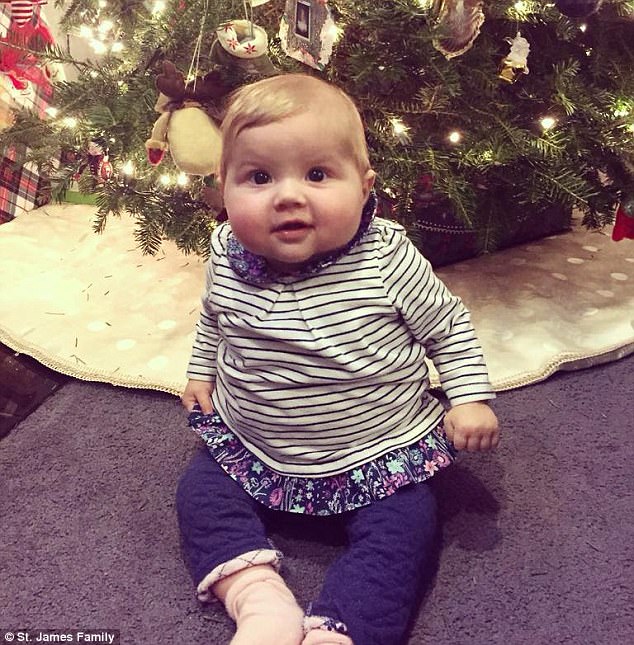