Schools must teach British values properly instead of getting pupils to craft pictures of the Queen using sequins, the head of Ofsted said yesterday.

Some children were being brought up in an environment that was ‘actively hostile’ to these key principles, which include democracy, individual liberty, the rule of law and tolerance of different belief systems.

The education system had a ‘vital role in inculcating and upholding’ these values and should not just pay lip service to Government requirements on all schools to actively promote them, Miss Spielman said.

She urged schools not to resort to ‘tick-box exercises’ or ‘superficial displays’ of British values, saying: ‘I heard a strange one the other day, from a colleague, whose son had come home with a homework: to craft a picture of the Queen out of sequins.

‘A charming task in itself perhaps, but that’s not teaching children about our common values.’

She warned some parents may either not teach them or even encourage children to ‘resist’ them. She told the Birmingham School Partnership conference yesterday that education had to be a ‘values anchor in a stormy sea’.

‘While they may not be unique to Britain, they are certainly not understood everywhere in the world. We know even in the UK some children are brought up in an environment that is actively hostile to some of these values.’

Miss Spielman said children spent less than a fifth of their childhood hours in schools and most of the rest with their family. ‘So if children aren’t being taught these values at home, or worse are being encouraged to resist them, then schools are our main opportunity to fill that gap. 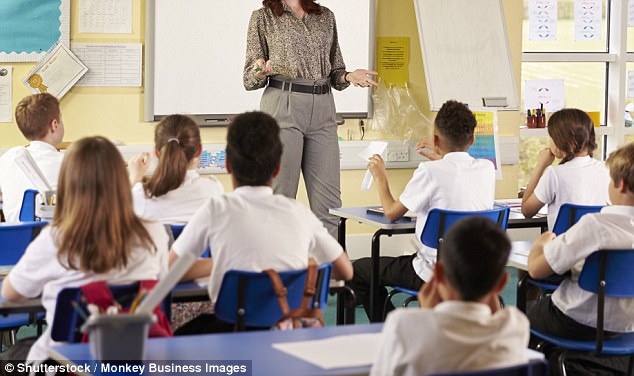 Miss Spielman also highlighted the ‘continuing risks’ of unregistered schools that ‘hide from the rule of law, from regulation by government and from inspection by Ofsted’.

She said: ‘They often teach a narrow curriculum of just a few subjects, perhaps with a particular single-faith focus, and are often housed in buildings that wouldn’t pass the most basic of health and safety checks. Some of the images taken by inspectors show places that are filthy and downright dangerous. That is a very real problem.

‘It is vital we expose the risks of these so-called schools.’