Peers were left red-faced today after Justice Minister Lord Keen blurted out ‘a***’ after dropping a glass of water down his crotch during a Brexit debate.

The Scottish Tory peer used the expletive after he took an intervention from Baroness Altmann during the EU Withdrawal Bill committee stage debate and knocked a glass of water all over himself.

A doorkeeper later mopped up the water from the floor and surrounding desk.

Earlier this year, Baroness Jenkin shocked the Lords when she used the c-word in the chamber.

The Tory peer used the word as she quoted the abuse one Conservative Party candidate received in the General Election campaign last year.

A source in Hansard – which has documented every single parliamentary debate since 1909 – said it is the first time the word was used in a speech by a peer or MP in the Chamber since records began over 100 years ago.

Baroness Jenkin of Kennington, a Conservative peer, made history by using it in a debate about social media.

She said: ‘Let me give you a real example – one of many.

‘During the election campaign in June the Ealing Central and Acton Conservative candidate was met daily outside her home by a large group of Momentum and Labour activists shouting at her.

‘And I quote – and please my lords forgive the unparliamentary language and block your ears if you are sensitive or easily offended – yelling “You f***king Tory c***”.

Lord Keen’s use of a four-letter word came as peers have completed their detailed line-by-line scrutiny of flagship Brexit legislation carried out over more than 100 hours.

During the marathon committee stage of the European Union (Withdrawal) Bill in the House of Lords, nearly 500 amendments were listed for debate.

While no votes were held over the 11 days, the Government faces a series of challenges and possible defeats in the unelected chamber when the draft legislation returns for report stage after Easter.

The main areas of continuing contention include so-called Henry VIII powers that would allow ministers to change returning EU laws, the Irish border, the repatriation of devolved responsibilities from Brussels, citizens’ rights and demands for a fresh referendum on the final Brexit deal. 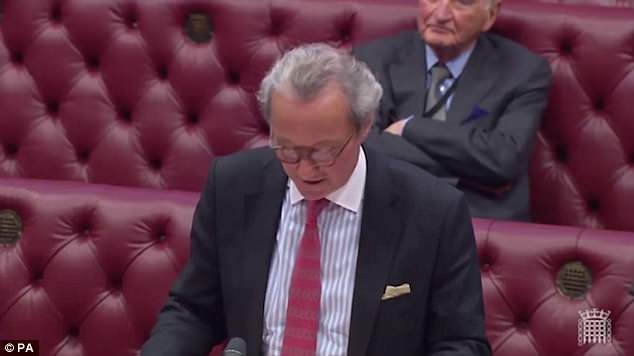 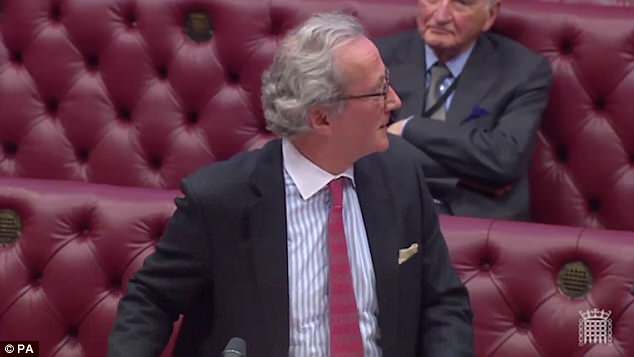 At the end of the committee stage, Brexit Minister Lord Callanan turned to the full Tory benches behind him and clapped.

The final amendment debated had been proposed by prominent Remain campaigner Lord Adonis.

There was a light-hearted moment when Lord Callanan, responding, said he had got the Labour peer and a vocal critic, an Adonis nut bar as ‘a gift to celebrate his perseverance’.

Lord Adonis had been arguing against the repeal of legislation, provided for in the Bill, which he believes could trigger a referendum on the Brexit deal.

The European Union Act 2011 requires a referendum be held on significant changes to EU treaties. 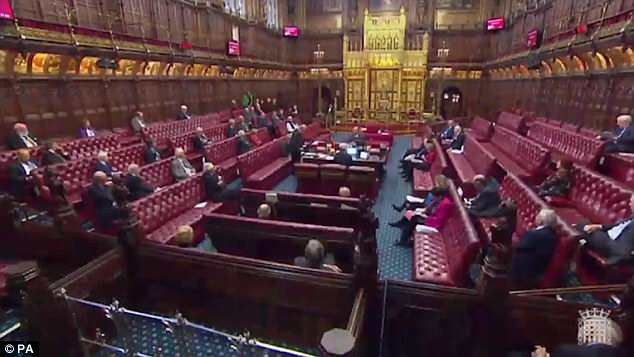 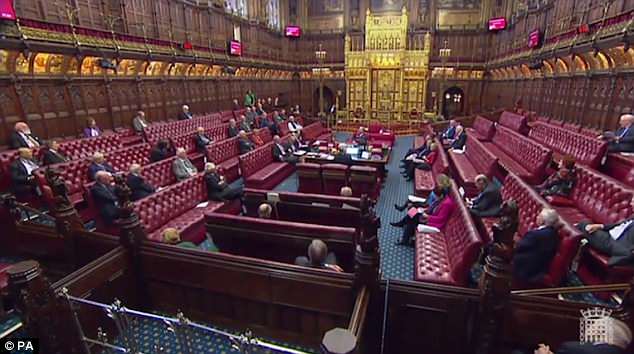 It’s the second time this year a Tory peer has used a four-letter word in parliament. In January Baroness Jenkin used the c-word during a debate about social media

On the final day of committee stage, peers again raised their concerns over the powers being handed to ministers in the draft legislation.

But Government frontbencher Baroness Goldie insisted the powers were a common sense and practical measure in dealing with returning EU laws.

The Bill is due to return to the Lords on April 18 for six days of report stage.