Oh, the agony of being as good looking as me!

When I was growing up, my parents used to call me their ‘Knock-kneed-boss-eyed-bendy-legged-buck-toothed-toe-rag’. They meant it affectionately, but the nomenclature was spot on. I felt horribly uncomfortable in my skin.

Having a mouth full of metal, a severe squint and a corrective splint on my right leg only added to the misery. The bowl haircut, bandaged eye-patch and crooked John Lennon glasses held together with sticking plaster completed a look I can only describe as ‘mega-geek’.

When I hit puberty, however, my appearance changed dramatically. The teeth and leg straightened themselves out, while the patch helped me take back control of my wandering eye. The discovery of hair gel meant I could manipulate my bowl cut into a swish Eighties quiff.

My parents were thrilled and relieved. ‘He’s really growing into his looks,’ they cooed. I didn’t really understand what that meant.

James Innes-Smith (pictured) revealed the challenges he faced after his appearance and confidence took shape. He claims to have experienced ‘pretty privilege’ in work and school

But it wasn’t long before I learned just how powerful appearances can be in our society, and that, although the subject remains largely taboo, it is not only women who benefit from what is being dubbed the ‘pretty privilege’.

At 14, in the space of a year, I went from 5ft 5in weakling to floppy 6ft 1in man-boy. As my shoulders broadened, my confidence began to take shape. I still felt gawky, but my height and striking new features — square, stubbly jaw, thick eyebrows and higher-than-average cheekbones — had their advantages.

After years of abuse, the school bully moved on to smaller, spottier fry. Tyrannical teachers treated me with more respect. But the most surprising and welcome side-effect came in the shape of girls — or, more precisely, one girl in particular.

Everyone fancied Maureen, the school nurse. Being the only female in an all-male boarding school certainly helped. But she was tall and blonde and into The Clash, which made her beautiful and sexy.

Over the course of one magical summer, Maureen chose to lavish her attentions on me. While she continued to wield authority over the 30 or so other boys under her charge, she treated me more like a friend, even calling me by my Christian name, which was strictly against the rules.

For the first, but far from the last, time in my life, I experienced the effects of my ‘pretty privilege’. In a world where we are all being asked to ‘check our privileges’, especially those of us who happen to be white, heterosexual and male, it was inevitable that the boundaries of what is seen as unfair advantage would eventually extend beyond the narrow confines of race, sexuality and gender to how we look, too.

It amazes me that more hasn’t already been made of this obvious benefit. The so-called beauty premium is all around us: every time you watch a movie or enter a workplace, you are witnessing people in power who are there partly or wholly because of their looks. 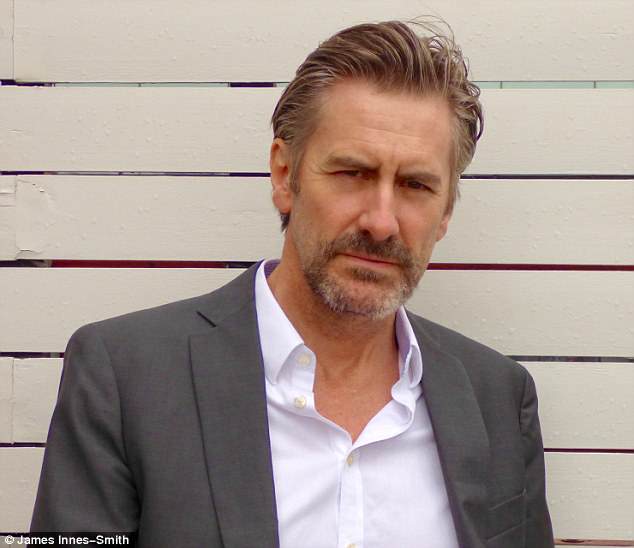 James says meeting the expectations of women has been difficult to manage because of his looks.  He claims many expect he lives a lavish lifestyle

And, while the term ‘pretty privilege’ is usually applied to women, how it applies to men is increasingly coming under scrutiny.

Andrew Leigh, a former economics professor at the Australian National University, recently co-authored a report which found handsome men in every field can earn 22 per cent more than their ‘looks-challenged’ colleagues doing the same job.

This doesn’t surprise me. The extent of my own pretty privilege became clear years after I had left school. While writing a piece about dating apps and websites, I signed up to a couple myself.

One site featured a weekly ‘top 20’ chart where women could rate men in order of attractiveness. To my astonishment, I made it to the top spot within just a few days and stayed there for three weeks.

Although initially flattered by the sudden flurry of enquiries, the idea of a chart based on looks felt somewhat shallow. My fears were borne out after I decided, as an experiment, to replace my moody, slicked-backed profile picture with something more dishevelled. My rating plummeted.

22%  Handsome men can earn this much more than uglier colleagues

But then, as a sometime actor, I was already keenly aware of the influence looks can have on a person’s career. My agent had decided early on that I was ‘leading man material’.

‘Serious’ actors tended to shy away from what I saw as boring, handsome leading-man parts, preferring meatier character roles. However, my agent at the time had carved Ralph Fiennes an interesting niche playing handsome tortured souls with intellectual pretensions, so I remained optimistic.

But an endless round of commercial casting sessions soon showed me that having a buffed physique and the right kind of stubble usually took precedence over acting skills. That’s not to say I didn’t benefit. While shooting a Mercedes commercial in Los Angeles, I remember the client panicking about whether my hair looked ‘manly’ enough as I raced their latest Mercedes A Class along a freeway.

I later discovered that I’d been hired mainly on the strength of my hair.

Even outside the shallow world of advertising, my looks were an advantage. Merchant Ivory were big at the time, and I remember reading for several winsomely handsome Rupert Everett-type characters with stiff collars and stiffer upper lips. 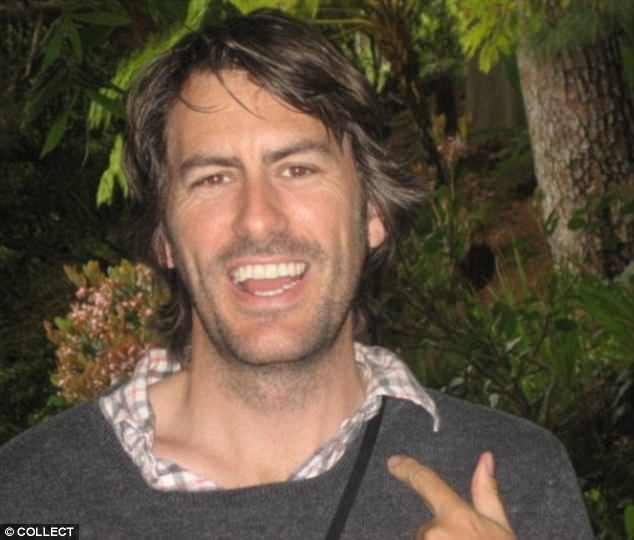 I can’t say that I welcomed all the attention. Early on in my career, I was invited to an industry party where I hoped to schmooze my way into entertainment’s inner circle.

An attractive producer in her 40s introduced herself and asked if I’d like to join her on the terrace for a cocktail. As we sipped cosmopolitans, she told me she was casting a major Hollywood movie and there might be a part for me.

Then came the caveat: ‘I can get you a meeting with the director, but you’d have to do something for me, of course.’

‘What would that entail?’ I asked naively. She shook her head and scoffed, ‘So, is that a yes or no? We could go back to my place right now.’ When I politely declined her offer, she gave me a withering stare, turned on her stilettos and left without so much as a ‘let’s stay in touch’.

Outside the industry, women’s expectations of me could also be difficult to manage. When I played Darcy in a theatrical run of Pride & Prejudice, women would often come up to me after the show expecting to meet a brooding Colin Firth-type rather than an insecure actor. 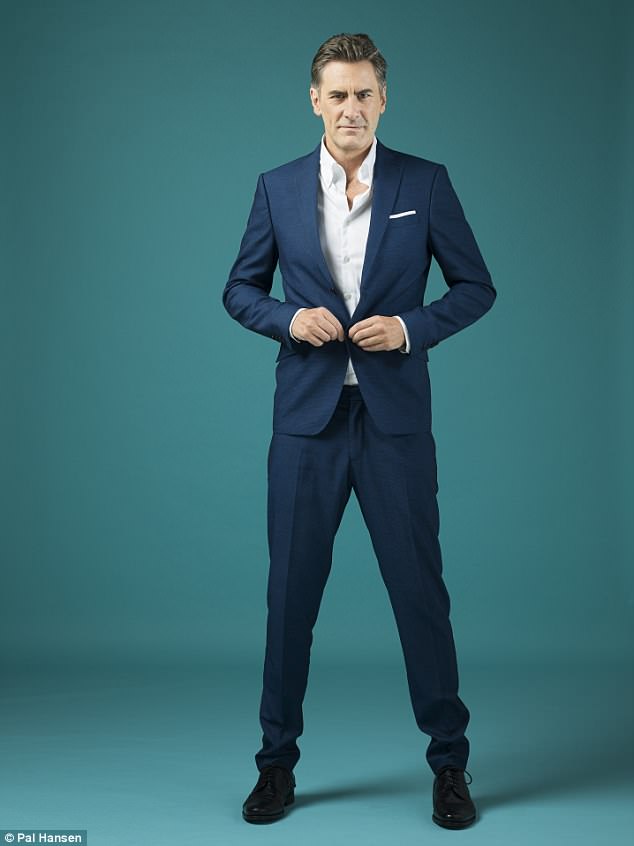 Dating in mid-life, I found potential partners also had unrealistic expectations based on my looks. Some hoped for the Porsche/house in Chelsea/mega-career package and were disappointed when they discovered the truth: I was an arty actor-turned-writer living in a flat in Paddington. Others, such as my now-wife, assumed I must be a card-carrying cad and avoided me altogether.

A middle-aged woman I met at a dinner party recently confessed she had always made a point of turning down attractive men: ‘Because they can have any woman they want, they end up treating them like objects or prizes. Handsome men are often the most toxic.’

But I have encountered more hostility as a result of my looks from men. Studies from the UCL School of Management found that handsome men are often seen as more competent, so managers tend to hire attractive men over less good-looking ones.

No wonder, then, that those working in highly competitive jobs such as sales may be seen as a threat to other male colleagues.

During a brief period of working in an office, I remember being struck by how competitive men were. There appeared to be a pecking order of attractiveness, with the handsomest making all the noise and the least attractive desperate to impress with their bantering skills. 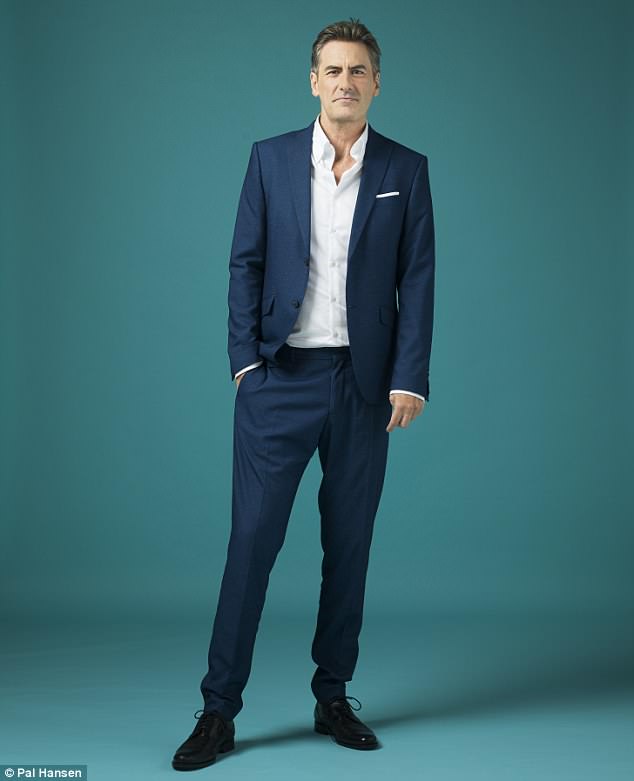 James claims most of the hostility he’s received because of his looks comes from other men. Studies suggest handsome men are viewed as more competent

After I joined, there was a definite shift in the hierarchy. Some men later admitted they had been intimidated by my height, assuming I would be arrogant and over-confident.

And if colleagues were threatened, so were some of my male friends. It’s well-known that beautiful women often make other women feel jealous, but the same can also be true for men.

But where women often use their subtle feminine wiles to undermine each other, I’ve found men tend to go for the jugular.

I had one drinking buddy who used to become incandescent with rage whenever he saw me talking to an attractive woman at a party, thinking nothing of interrupting our conversation in order to undermine me.

He’d then berate the woman for having the audacity to engage with me. ‘What do you see in him?’ he’d ask incredulously. ‘Is it the hair? I just don’t get it.’

For years he saw me as a direct rival, occasionally even blaming me for his lack of success with women. His overreaction felt so petty and spiteful, it very nearly destroyed our friendship.

Despite the stereotype that only women cattily compete for the attentions of the opposite sex, I’ve learned that rivalry over attracting female attention can sometimes make it hard for men to bond with each other. 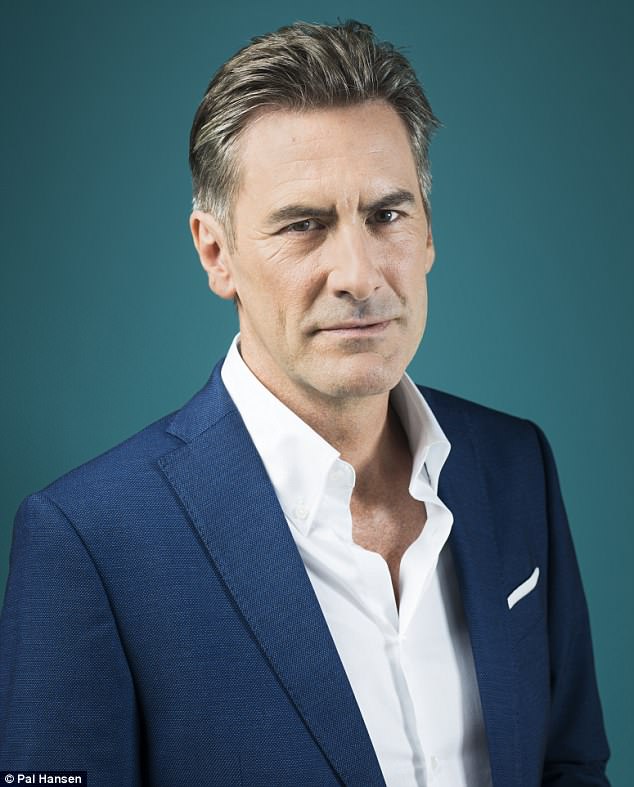 As I grew older, I found that those of us men still single into our late 30s and 40s would often be left out of the dinner party circuit, the assumption being that we were all predatory lotharios.

Here, I admit, that on the few occasions I did get invited to all-couples parties, I enjoyed the flirty frisson that used to hang over the dinner table.

(Because these tended to be hosted by old friends, who knew I would never run off with their wives, they actually seemed to enjoy the added spice a single man could bring to what could be quite dreary occasions.) Indeed, the reason many men of my generation remain unmarried for so long is because we are having such a riot.

After all, for ageing men who can still attract younger women, the pool of possibilities just keeps getting bigger. Until time catches up with you, of course. For even handsome men must lose their looks eventually.

As someone who has settled down with a woman 17 years younger, I worry about losing my looks before she does. I’m on a strict health regime — plenty of exercise and fresh vegetables. I’ve even started moisturising and using hair products again.

You see, I’m not ready to give up my pretty privilege quite yet.