Ohio boy, 6, has NEVER eaten and is first in the world to battle a digestive disease with no name

An Ohio boy who has never eaten is currently battling a disease so rare that it doesn’t have a name.

When Colton Bramlee was four months old, his parents, Todd and Carrie, tried introducing solid food into his diet, as recommended by pediatricians.

However, his stomach wasn’t able to handle it and he would vomit incessantly every time he ate, reported PEOPLE.

After five years, doctors discovered he has a genetic mutation causing the condition, and is the first person ever to be documented with it.

The family is now hoping a bone marrow transplant may be the cure that allows six-year-old Cohen to eat food for the first time. 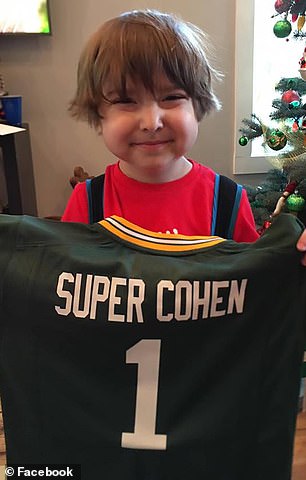 Cohen Bramlee, six, from Ohio, began vomiting over and over again when tried food for the first time at four months old. After five years, doctors discovered he has a mutation of a gene in his immune system 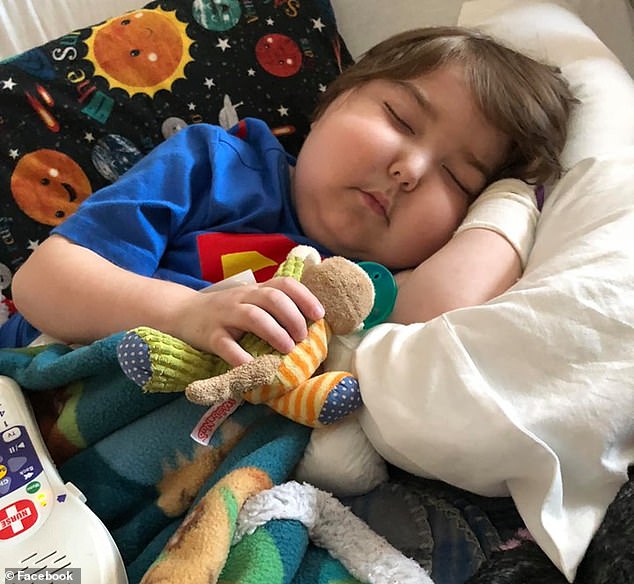 His immune system over-responds when he eats food, causing him to be unable to keep it down. Pictured: Cohen in the hospital

Cohen has been on a feeding tube seven days a week since he was an infant and receives additional nutrition from an IV.

Doctors long suspected that his immune system was behind his health problems.

Not only was he unable to eat food, but he would often come down with fevers and bloodstream infections.

‘In fact, our [gastrointestinal] doctor said: “There is a bigger monster that’s causing all of this,” and he, at the time, said: “We may never figure out what that monster is,”‘ Cohen’s mother, Carrie, told PEOPLE.

‘So you can imagine, as a parent, that’s so disheartening to accept that.’

Cohen was referred to the Undiagnosed Diseases Network at Duke University in Durham, North Carolina.

After five years, researchers – along with Dr Stella Davies of the Cincinnati Children’s Hospital – learned that Cohen has a gene mutation that disrupts his immune system and that, in turn, keeps him from properly digesting or fighting infections.

According to PEOPLE, the mutation causes the immune system to over-respond whenever he eats food – acting like a meal is an ‘invader’.

The disease has negatively affected several of Cohen’s organs including his gallbladder, his liver and his pancreas.

He is the first ever documented person with the disease, but scientists say there may be more. 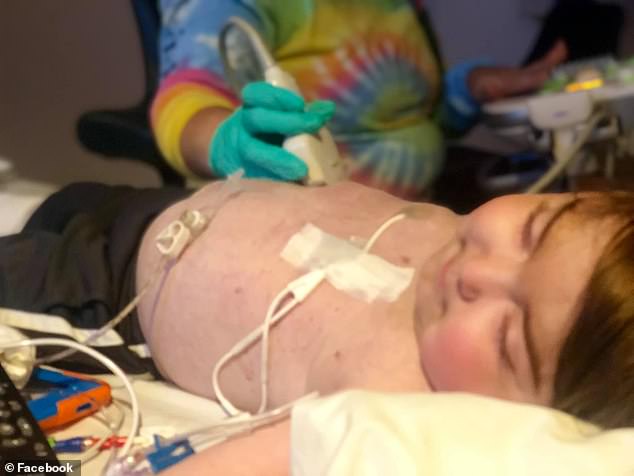 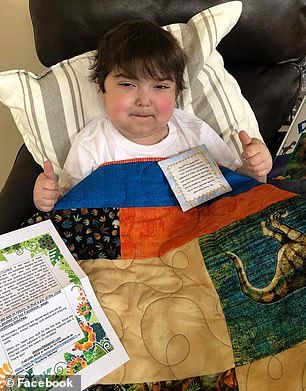 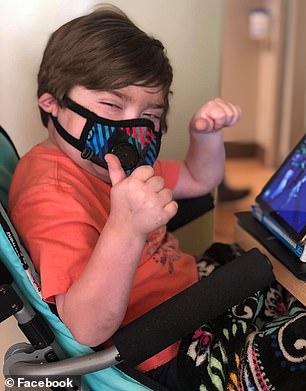 There is no known cure, but Cohen (left and right) is soon undergoing a bone marrow transplant. His family hopes it will allow him to eat food for the first time

Despite his health issues, Cohen is a happy and smiley child who love dinosaurs, Legos and Star Wars, reports Good Morning America.

Because the condition is undiagnosed, there is no known cure, but doctors are hoping a bone marrow transplant will help.

‘It was the first time that we really had hope that this was going to have a cure,’ Carrie told PEOPLE.

‘He’s been very sick and we came close to losing him several times, so now – knowing that there is a chance for him to not only be healthier but be cured – is unimaginable.’

All of Cohen’s siblings, Todd Christopher (TC), 16; Kayla, 14; Addyson, 11; and Anareese, eight, were tested to be potential donors.

Both TC and Anareese were declared perfect matches, and TC was selected as the donor because he will be able to donate more cells.

Cohen will be undergoing chemotherapy to prepare for his surgery, but Carrie says her son has still maintained a positive attitude.

‘According to Cohen, this is his miracle and it’s going to work out,’ she told PEOPLE.