Ohio high school teacher, 32, admitted to her father-in-law to having sex with 17-year-old student

An Ohio high school teacher allegedly admitted to her former father-in-law that she had sex with a 17-year-old male student, according to a police report.

Laura V. Bucy, 32, drove to the man’s home in Doylestown on August 2nd and made a slew of ‘incoherent statements’ while asking for forgiveness. The man’s son told police that Bucy is his ex-wife.

The Akron resident was then said to have ‘stated that she had slept with one of her students,’ before leaving north on Interstate 71 in Cuyahoga County, the Twinsburg Bulletin reports.

Laura V. Bucy, 32, was arrested on charges of sexual battery, a third-degree felony and disseminating matter harmful to juveniles, a fifth-degree felony

She then ‘parked her vehicle in the middle of the road and walked away from it,’ according to a police report.

Bucy was found by an Ohio State Highway Patrol trooper who found her walking barefoot next to an SUV. The SUV had stopped traffic in the right two lanes in an effort to stop traffic.

The woman was taken to the Southwest Hospital in Middleburg Heights for an evaluation.

She was arrested on September 22 and arraigned on Monday in Stow Municipal Court on charges of sexual battery, a third-degree felony and disseminating matter harmful to juveniles, a fifth-degree felony. 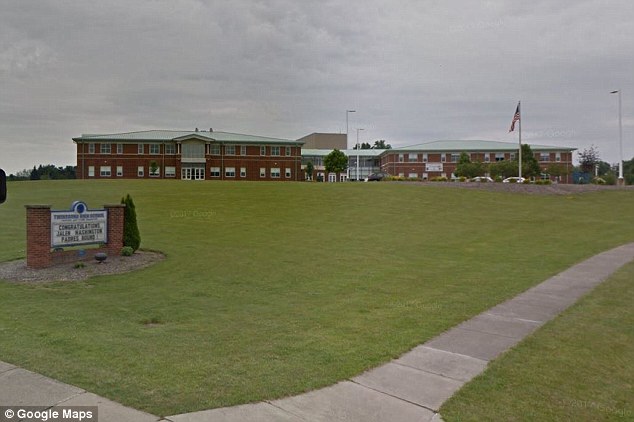 The Akron, Ohio, resident admitted to her ex-father-in-law that she had sexual contact with a 17-year-old student while a teacher at Twinsburg High School

Bucy is scheduled for a preliminary hearing before Judge Kim Hoover at 9.30am on October 4. She was released on bond on Monday.

A teacher at Twinsburg High School since August 2017, Bucy told police that she met the teen student when she was overwhelmed by personal matters. 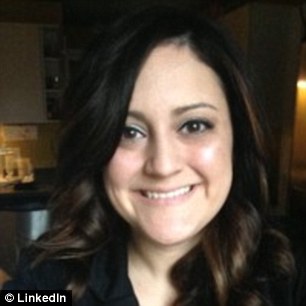 She shared that she had a ‘sexual relationship with a student’ and ‘exchanged compromising photographs’ with the boy.

The teacher said that the teen would help clean her classroom and that is where the relationship blossomed.

Bucy was said to have allowed the student to ‘vape’ in her office and would even purchase ‘vaping’ juice for the student.

She shared that the boy came to her classroom, one day in either February or March, and the two had sex. Sex was said to have only occurred once.

Police spoke with the boy while his parents were present on September 11. He corroborated the facts but said that the sexual contact had happened before Christmas. 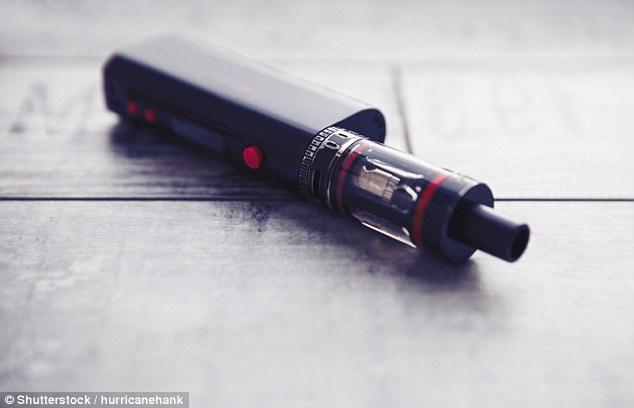 He shared that he had been cleaning in the pantry when the teacher came up behind him and started kissing him, progressing to sexual intercourse.

An arrest warrant was issued for the woman on September 12 after she left a ‘secured facility’ that she was to remain in for two weeks. She had been told police ‘would be in contact’ on September 11.

Bucy is said to have traveled to Arizona to visit her father, who alerted authorities on September 15 and said that he was making ‘every effort’ to get his daughter to return. 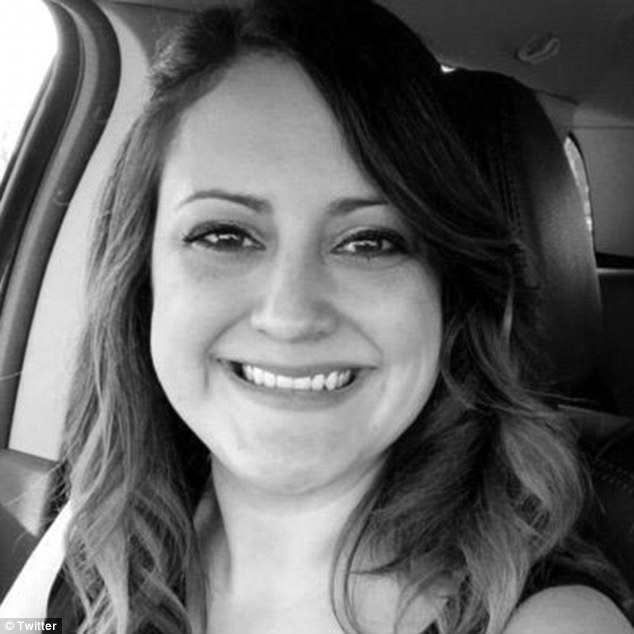 Bucy is scheduled for a preliminary hearing before Judge Kim Hoover at 9.30am on October 4

Bucy turned herself into authorities on September 22.

Superintendent Kathryn Powers informed Bucy that she was to work from home on September 6 because she had failed to show to work since August 21, according to the educator’s file.

She was notified that she would need to take a fitness-for-duty examination before she could go back to work, on September 7.

On September 12, Powers informed Buxy that she was on paid administrative leave pending the outcome of an investigation ‘a serious matter involving alleged misconduct on school property.’

Prior to working at Twinsburg, Bucy worked at the Ravenna, Akron and Strongsville school districts.