Ohio police officer, 33, dies in line of duty after a suspect crashed into her car during a chase

An Ohio police officer was killed late on Saturday night after a suspect on the run collided with her vehicle during a chase, authorities in a Cincinnati suburb said.

Kaia Grant, 33, is the first police fatality in the line of duty in the history of Springdale, Mayor Doyle Webster said at a news conference.

The suspect was being chased by police while driving on Westbound I-275 at State Route 4 at around 8:30pm, according to WKRC-TV.

Grant and Davis tried to stop the suspect, but at some point during the pursuit, the suspect collided with their cruiser on an interstate.

Kaia Grant, 33, an eight-year veteran of the Springdale Police Department in suburban Cincinnati, became the first officer to die in the line of duty late on Saturday night 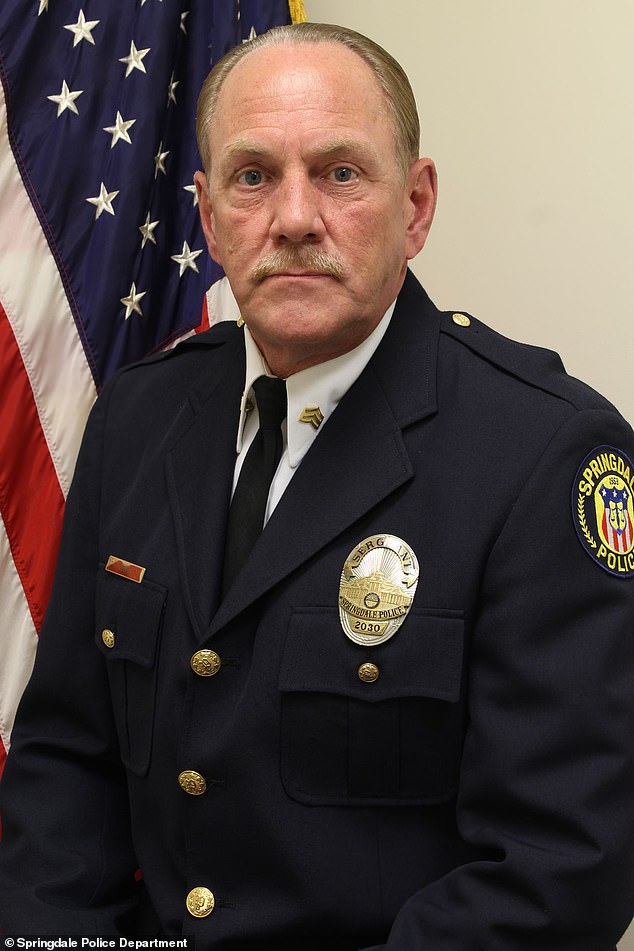 Sgt Andrew Davis, a 30-year-veteran of the Springdale Police Department, was injured during the chase late on Saturday night 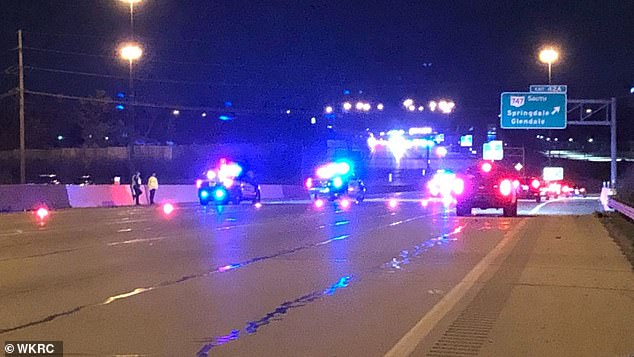 The suspect was being chased by police while driving on Westbound I-275 at State Route 4 at around 8:30pm

Grant was treated at the scene and airlifted to a hospital, where she was pronounced dead, Wells said.

She had been with Springdale police for eight years.

Grant, a native of Wyoming, Ohio, graduated from Wyoming High School and the College of William and Mary in Virginia.

The suspect is in custody and a firearm was recovered at the scene, Wells said. 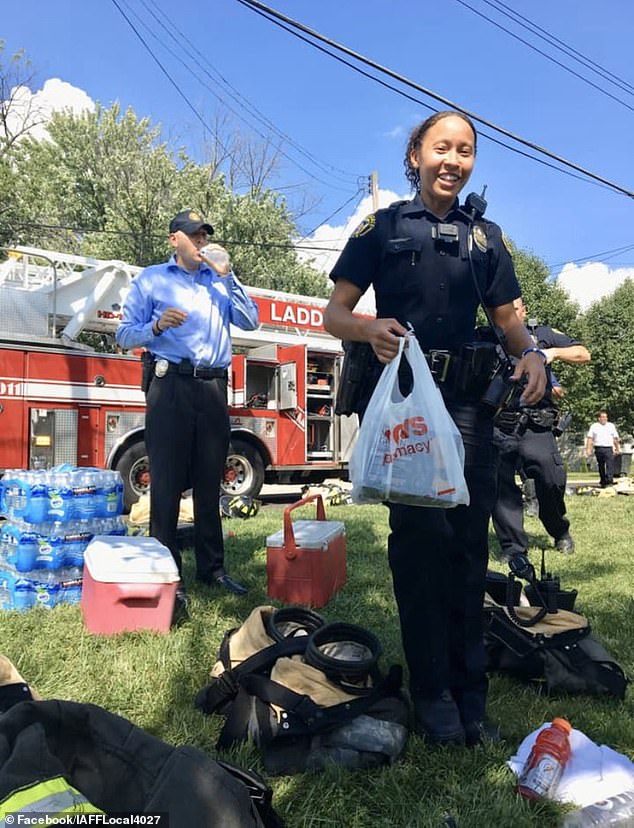 Grant, a native of Wyoming, Ohio, graduated from Wyoming High School and the College of William and Mary in Virginia

He didn’t identify the jurisdiction in which the chase began or why the person was being pursued.

No charges were immediate announced and an investigation is ongoing, with the assistance of the Ohio State Highway Patrol and the state Bureau of Criminal Investigation.

Davis, who has been with the department for three decades, was released from the hospital and present at the news conference, news outlets reported, adding that officers from the department lined the back of the briefing room.

Wells thanked those officers for coming to the station to help, as well as departments from around Hamilton County for offering support.

He highlighted the agencies covering the city for the department.

‘Frankly we’re not in a position to do this right now,’ he said. ‘We’re hurting.’

Tributes poured in from across the state as Governor Mike DeWine ordered flags to fly at half mast in honor of Grant. 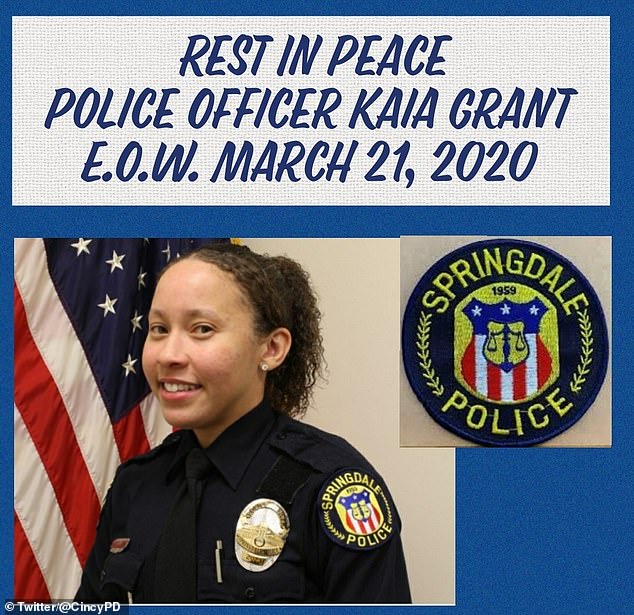 ‘The void created by this officer’s sacrifice can never be filled and will never be forgotten,’ Ohio Attorney General Dave Yost said in a release.

‘My deepest condolences are with the Springdale community.’

The Greater Cincinnati Police and Fire Chaplain Services tweeted: ‘We are heartbroken. The Springdale PD has suffered an extreme loss.

‘Officer Kaia Grant was killed in the line of duty tonight. Sgt. Davis was also injured.

‘Please pray for the families, the PD, and all of the law enforcement, fire, dispatch, and medical personnel involved.’