Ohio woman picking up boyfriend for DUI arrested for DUI

A woman was arrested for a DUI after driving to a sheriff’s station to pick up her boyfriend who had already been arrested for drunk driving.

A sergeant at the Stark County Sheriff’s Office in Ohio called Brandi Rae Coen, 29, to come pick up her boyfriend after he had been arrested for a DUI.

The official said that Coen sounded intoxicated on the phone, and he told her not to drive if she had been drinking. She claimed she was not drunk and could drive.

Brandi Rae Coen, 29, was arrested in Ohio after driving drunk to pick up her boyfriend from the sheriff’s office

Her boyfriend, 23-year-old Kristopher Fox, had been stopped by a sergeant after he was spotted going 42mph in a 25mph zone.

As the sergeant approached the car and smelled alcohol, according to ABC 5. When he reached the car, he found an empty 12-pack of beer as well as another 12-pack with several beers missing.

After failing several field tests, Fox took a breathalyzer and blew a .147. 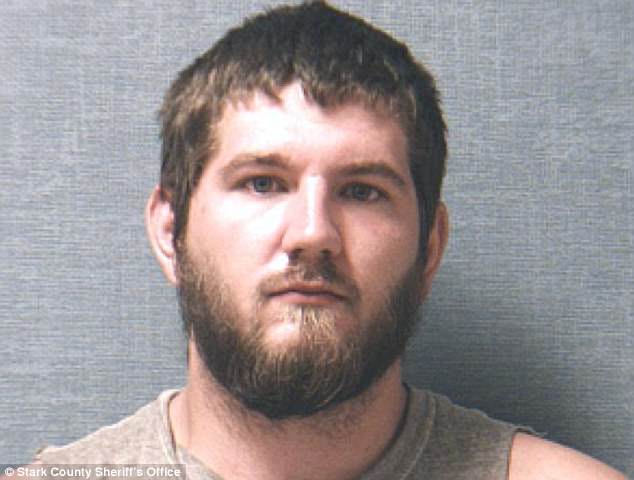 Kristopher Fox, 23, had been arrested earlier in the night for DUI before his girlfriend was also arrested

The sergeant then called Coen to come pick up her boyfriend. However, when she reached the station, the sergeant said ‘she smelled like alcohol, had glassy eyes and appeared to have trouble walking.’

She took a field sobriety test and claimed she was too drunk and told the sergeant to take her to jail.

Authorities found two children, ages five and nine, in the backseat of her car. Coen blew a .162 on a breathalyzer test and was charged with a DUI and two counts of child endangerement.