Ohio would-be robber is knocked out by cashier

Andre Young, 52, was knocked out by a cashier when he tried to rob a Speedway

An Ohio man has been left with a black eye after getting knocked out by a cashier as he tried to rob a gas station.

Andre Young, 52, attempted to rob a Speedway off Northland Boulevard in Forest Park on Monday night, but was stopped by a single powerful punch to the face in a moment captured by security cameras.

Armed with a box-cutter, Young allegedly told the cashier ‘we can do this the easy way, or the hard way’ before trying to jump over the counter.

The cashier chose the easy way – for himself, anyway – and after incapacitating Young, he called 911.

He continued: ‘He tried to jump over the counter, and he had a blade in his hands. I’ve got the blade in my hand right now.’ 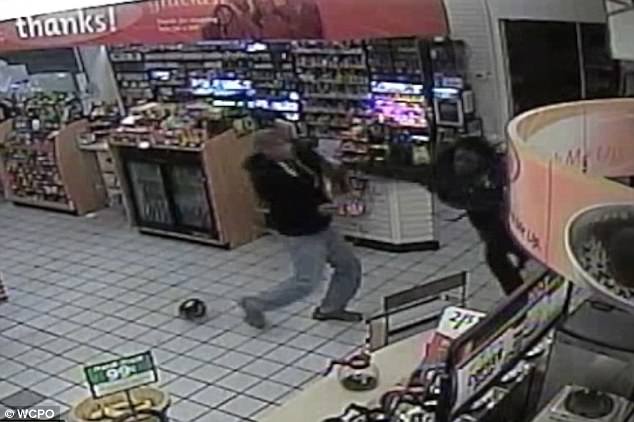 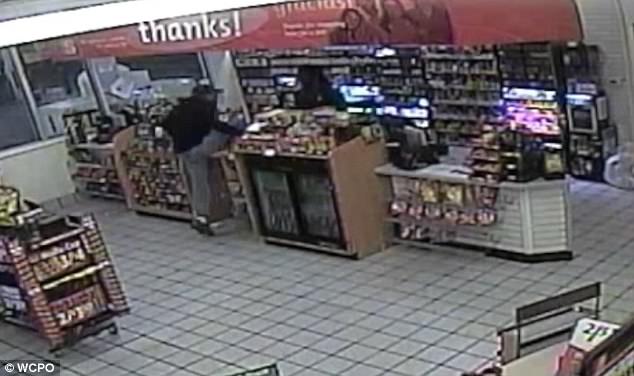 Young was acting as if he were about to buy a can of beer, and told police in a hospital interview he was using the box cuter to cut something from his shirt, as reported by Fox News.

But when pressed further by an officer, Young reportedly said: ‘Man, I was drunk.’

During his court appearance on Tuesday, Young was still showing the injuries from the failed robbery, using crutches to support himself. 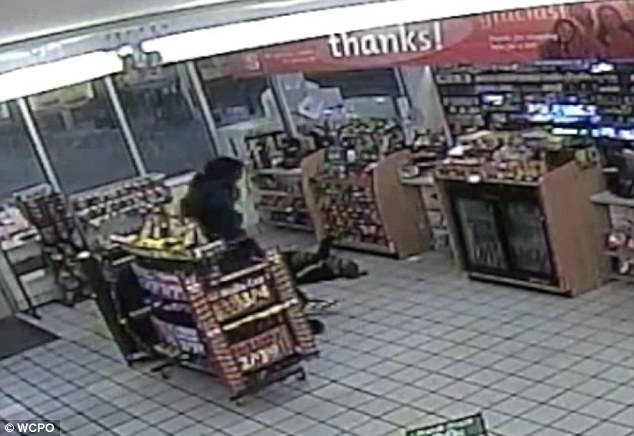 ‘You need to get a trooper here now, because he’s in here, he’s in here all f***** up,’ the cashier told the 911 operator after he incapacitated young, who’s pictured on the floor 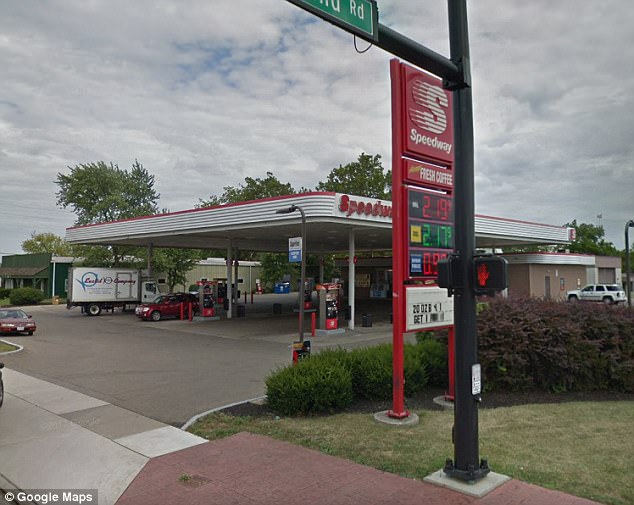 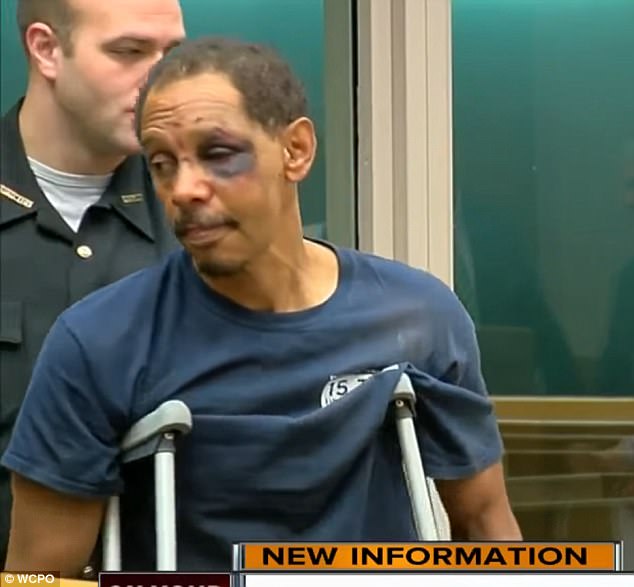 During his court appearance on Tuesday (pictured) Young was still showing the injuries from the failed robbery, using crutches to support himself

He was given a $175,000 bond and was charged with aggravated robbery and assault.

And this isn’t the first time Young has tried and failed to rob the gas station – in 2005 he was convicted of using a bat to rob the same Speedway in 2005.

He also has five prior felony convictions, according to Dave Wood from the Hamilton County prosecutor’s office.

The identity of the cashier remains unknown.