Shaking off health woes, OJ Simpson looks fit and relaxed as he enjoys a round of golf near his home in Las Vegas.

The disgraced gridiron great and actor, who was released on parole after nine years in a Nevada jail in October last year, drove himself to and from the course in a flashy convertible Bentley, which had a disabled pass hanging from its windshield.

Given his passion for golf, it was probably no surprise to see him back on the green, where he was reported to have been ‘wide-eyed and animated’ – and seemed to be in perfectly good health – while playing a round with male friends.

OJ Simpson looks wide-eyed and animated as he goes golfing near his home in Las Vegas. In October last year he was released on parole after nine years in a Nevada jail 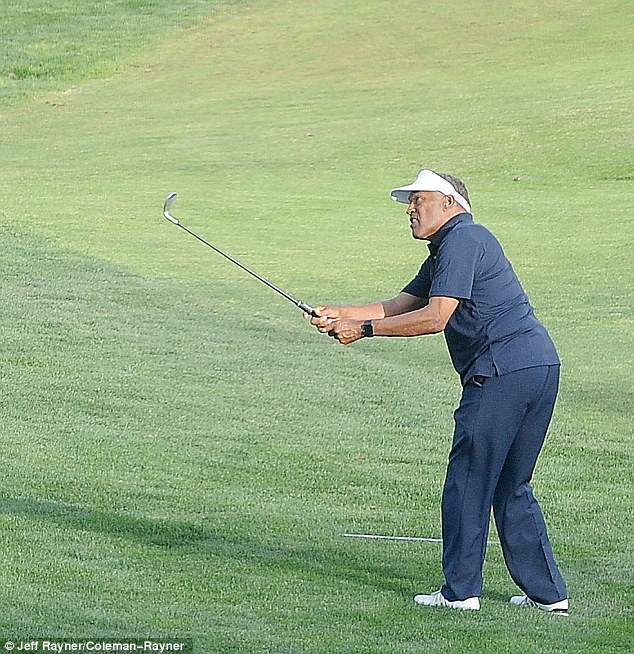 Despite his health problems during his time in the Lovelock Correctional Facility, Simpson looked healthy and relaxed as he enjoyed a round of golf 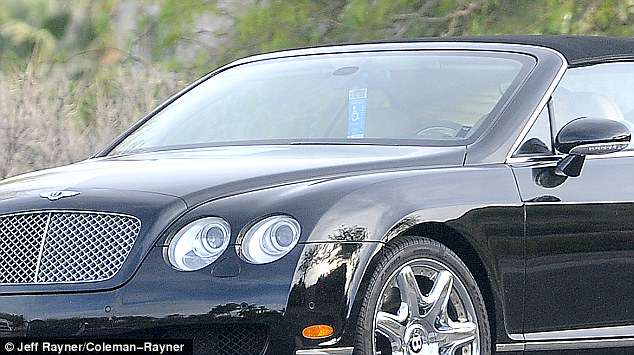 The 70-year-old drove himself to and from the course in a flashy convertible Bentley, which had a disabled pass hanging in its windshield 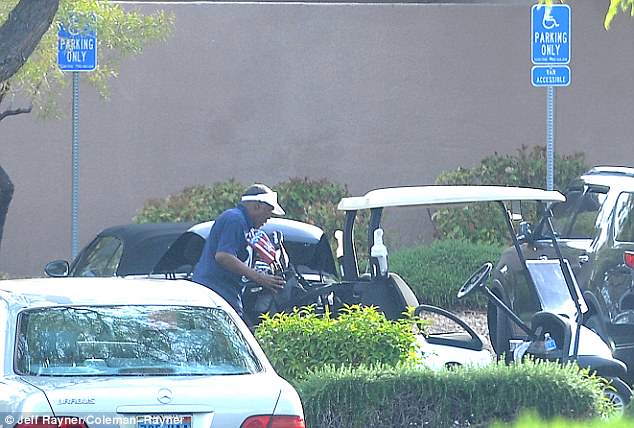 OJ Simpson was wearing a smart all-navy outfit, and treated himself to a state-of-the-art golf buggy as he and his male friends completed the full 18 hole course

Just three years ago, while incarcerated for armed robbery and kidnapping, he was struggling to walk around prison with a silver cane, because of knee injuries from his 11-year career as a running back in the NFL.

At that time, he was reportedly telling fellow inmates he was angry that he was not receiving specialized medical care, as he feared he would end up in a wheelchair, and would never walk again.

His diet had led him to ballooning to more than 300lbs, and the weight gain got so bad that he had trouble maneuvering around the Lovelock Correctional Facility. However, he managed to shed 100lbs to help regain his fitness, ahead of his release.

The 70-year-old was paroled on October 1 after nine years in prison for leading five men, including two with guns, during a confrontation at a Las Vegas casino hotel in 2007. He had been sentenced to 33 years for the crime.

Simpson’s friends said that upon leaving the facility, he would not shy away from the public eye, and that he intended enjoying time with his family, friends and playing golf.

Days after his release, Golf Digest predicted, correctly: ‘It’s only a matter of time before photos surface of the ex-NFL star on an actual course.’