A lesbian couple from Oklahoma have been jailed for 20 years after they tortured one of the women’s five-year-old son’s, beating him with a hammer and kicked him in the groin in a brutal attack which causes him to suffer two strokes.

Rachel Stevens, 29, and her partner Kayla Jones, 26, pleaded no contest on Friday to child abuse and child neglect charges. They were jailed for 20 years on Wednesday as part of a plea deal.

The case first came to light in early December, 2015, when Stevens’ then five-year-old son was flown to St John Medical Center in Tulsa suffering from seizures and lesions on his face. 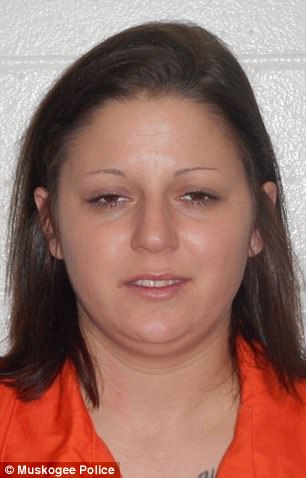 Doctors at the hospital contacted police after determining that the child had several broken bones in various stages of healing and appeared malnourished.

While the boy was receiving medical treatment, he suffered two strokes ‘due to his trauma,’ according to an affidavit cited by Tulsa World.

Investigators subsequently interviewed the little boy and learned that the child had been tied up, had duct tape placed over his eyes and had been kept in a locked room, the document states.

The toddler also claimed that his mother struck him on the hand with a hammer, and that both she and Jones hit him with a belt all over his body.

According to police, the horrific abuse went on for several months. The little boy said on one occasion, his step-mother kicked him in the groin until he bled. 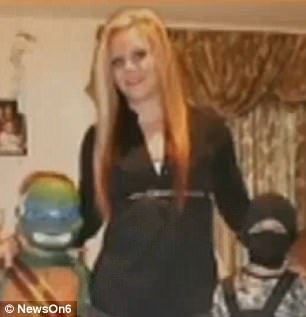 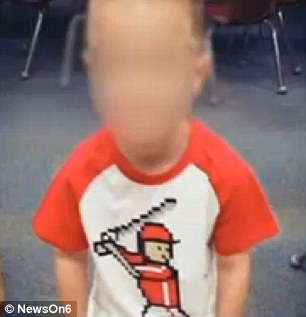 Court documents state Stevens, pictured left with the victim and his twin brother, struck her son with a hammer and whipped him with a belt. The toddler (right) also said he had been kept in a locked room 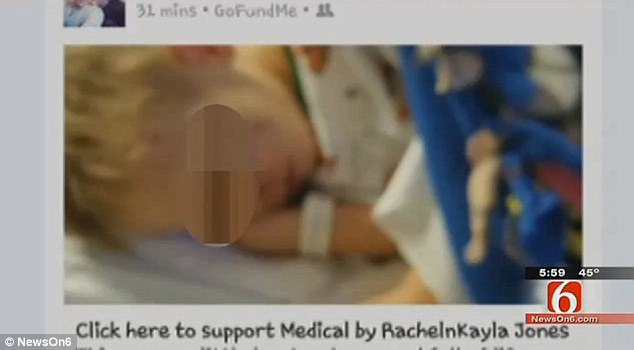 Cover-up: Police say Stevens and Jones started online fundraiser claiming their child was suffering from seizures after taking a fall

The station NewsOn6 reported that the couple then launched a GoFundMe campaign for Stevens’ son, claiming that the toddler was picking his own face and was having seizures after suffering a fall.

Police said the suspects, who have been together for around three years, shared their Muskogee home with the victim’s twin brother and 8-year-old sister, but they do not believe those children were mistreated.

The siblings have been taken into the custody of the Department of Human Services.

‘It was a conclusion that was carefully discussed with the family,’ he said.

‘The nature of the injuries were very severe, but the child is doing very well now in a loving home. He is a completely different child now than when this (case) first came in. He received the most wonderful care and is in a great home right now, and I feel confident that he is going to be OK.’