An Oklahoma state senator accused of grabbing his Uber driver’s head and kissing her neck while she was driving him, has been booked into county jail.

Republican state Sen. Bryce Marlatt, 40, was booked Tuesday morning on one felony count of sexual battery. He has since been released on a $5,000 bond.

The married father-of-four, from the western Oklahoma city of Woodward, was charged after the driver told police he groped her after she picked him up from an Oklahoma City restaurant June 26. She says she noticed him stumbling towards her car when she pulled up outside.

‘He made a comment that if she worked for him then he would ‘feel’ her up,’ Detective Natalie Cannon wrote in the police affidavit submitted with the prosecutors charges against him on Wednesday.

Marlatt has previously said he was shocked by the allegations, but neither he nor his attorney immediately responded to telephone messages Tuesday seeking comment.

If convicted, Marlatt faces up to 10 years in prison.

Republican state Sen. Bryce Marlatt, 40, (pictured in May on the state Senate floor) was booked Tuesday morning on one felony count of sexual battery 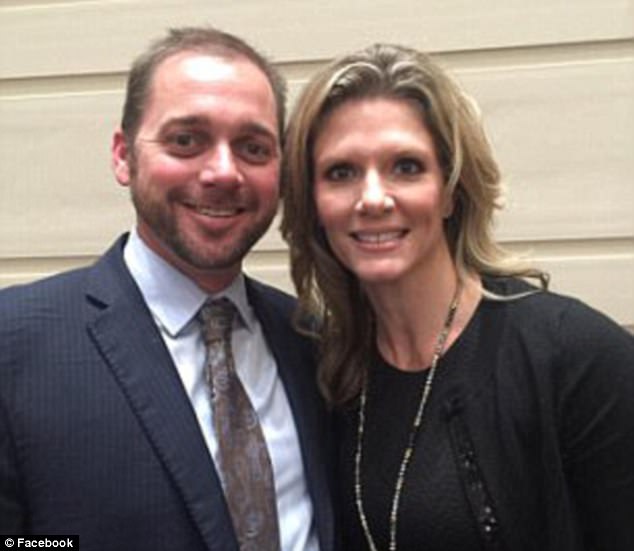 Prosecutors charged Marlatt with sexual battery of an Uber driver in June. He celebrated his 21-year wedding anniversary the same month (pictured with his wife Tatum who is 39-years-old)

The Uber driver said the ordeal began when she picked up Marlatt at 10pm and was taking him to a hotel on Northwest Highway when he allegedly began grabbing and kissing her on her neck against her will.

The senator also allegedly commented on her appearance and invited her back to his hotel to have a drink, to which the driver declined.

She said she got enough information about the customer’s background to look him up online later and find a photo of his to show the police.

Marlatt, 40, is married and has four children with his wife Tatum, 39. The couple celebrated their 21st anniversary last month.

The driver reported the incident to Oklahoma City police on June 28, two days after she says it happened. 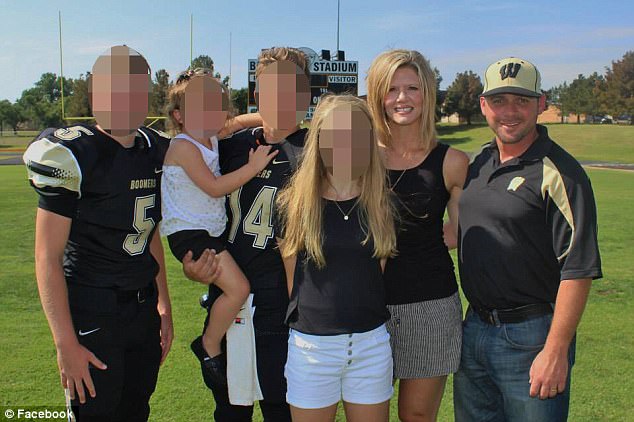 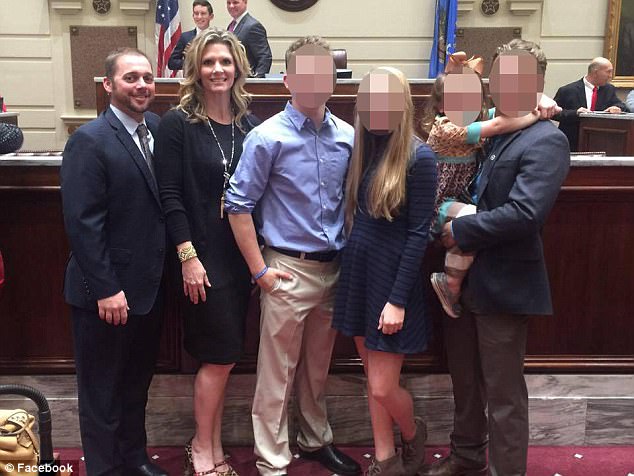 The driver claimed Marlatt, 40, pictured at the state Capitol with his large family, forcibly kissed her on the neck while she was driving him to a hotel 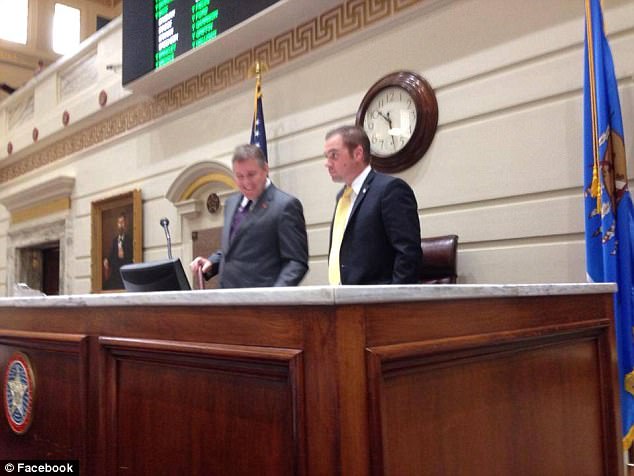 Marlatt, who has been in he State Senate since 2008, has been booked into jail

The person spoke on condition of anonymity because the investigation is ongoing.

Marlatt did not comment on the allegations, but his attorney, Robert Don Gifford, told television station KFOR that his client ‘was shocked and surprised by the allegations’ and asked his legal counsel to work with Uber to get to the bottom of this. 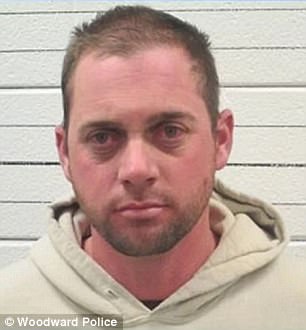 Past troubles: In 2014, Marlatt was arrested after he was found passed out drunk behind the wheel of his pickup truck

Uber says the company is committed to the safety of its partner drivers and is cooperating with police.

According to the incident report, the Uber driver approached a police officer in a grocery store and told him she had been assaulted on June 26 by a customer and wished to press charges.

On June 15, Marlatt sent out a tweet gushing about his ‘beautiful lady.’

‘Best wife in the history of the world. Tatum, thanks for choosing me!’ he wrote.

Marlatt, a native of Woodward who had worked in marketing before launching his political career, was first elected to the Oklahoma State Senate in 2008 and won a re-election last year.

In 2014, Marlatt was arrested after he was found passed out drunk behind the wheel of his pickup truck on a local road.

Fox 25 reported he ultimately pleaded no contest to a misdemeanor charge of actual physical control.