Lawrence Paul Anderson (pictured) allegedly confessed to killing his neighbor, cutting out her heart and feeding it to his family before murdering his uncle and a four-year-old girl

A repeat felon has confessed to killing his neighbor, cutting out her heart and feeding it to his family before murdering his uncle and a four-year-old girl, Oklahoma authorities say.

Lawrence Paul Anderson, 42, allegedly stabbed the neighbor, Andrea Lynn Blankenship, to death at her home in Chickasha on February 9.

He then went back to his house and stabbed three people – his uncle, aunt and their granddaughter – the same day, according to the Oklahoma State Bureau of Investigation.

Police were called to the home and found the uncle, 67-year-old Leon Pye, and the child, Kaeos Yates, injured. She was pronounced dead in an ambulance en route to the hospital.

The aunt, Delsie Pye, was also stabbed in both eyes but survived.

In an interview with investigators Anderson revealed the gruesome final meal he fed his family after murdering Blankenship.

‘He cooked the heart with potatoes to feed to his family to release the demons,’ an OSBI agent wrote in a court filing. 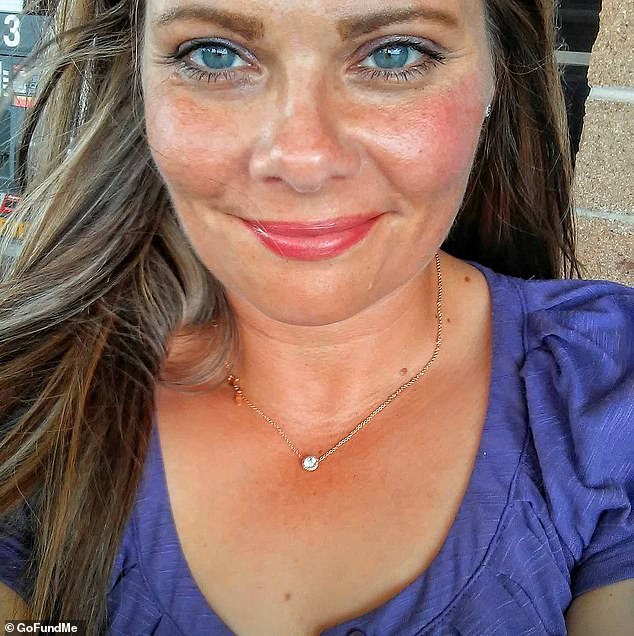 Oklahoma authorities said Anderson stabbed the neighbor, Andrea Lynn Blankenship (pictured), to death at her home in Chickasha on February 9 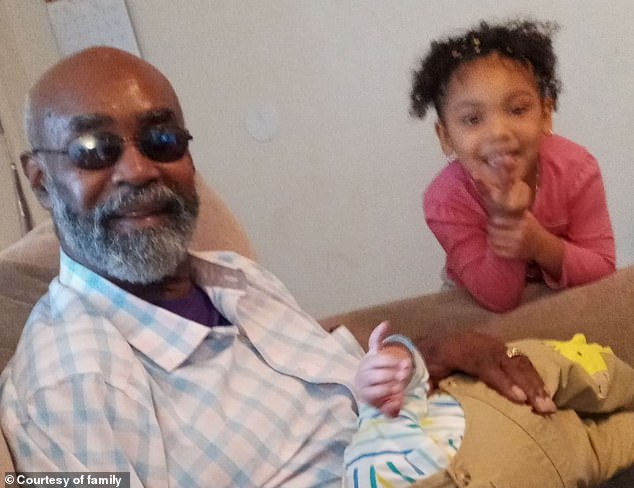 He then went back to his house and stabbed three people – his uncle, aunt and their four-year-old granddaughter – the same day, according to the Oklahoma State Bureau of Investigation. The uncle, 67-year-old Leon Pye (left), dead and the child, Kaeos Yates (right) were killed 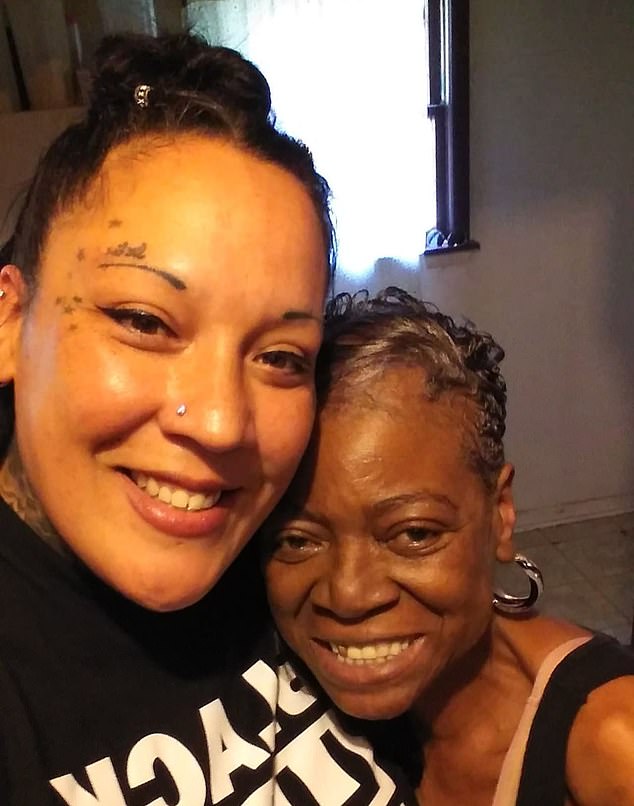 The aunt, Delsie Pye (right), was also stabbed in both eyes but survived 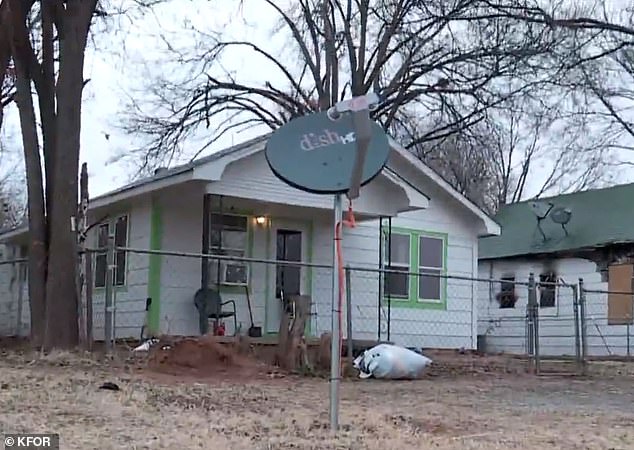 The triple murder sparked outraged after it emerged that Anderson had been released from prison early in January, the Oklahoman reported.

He was sentenced to serve 20 years behind bars for gun and drug offenses in 2017 before Governor Kevin Stitt commuted the sentence to nine years at the recommendation of the Oklahoma Pardon and Parole Board.

He was released on parole last month and had been staying with his aunt and uncle.

Grady County District Attorney Jason Hicks charged Anderson with three counts of first-degree murder and two felony charges of assault and battery with a deadly weapon and maiming on Tuesday.

He is being held without bond and Hicks said the death penalty ‘is on the table’. 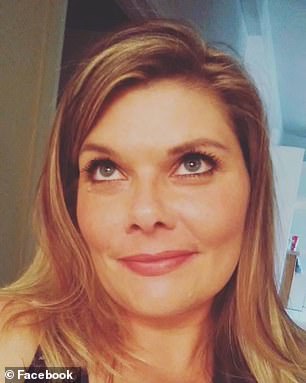 Officers with the Chickasha Police Department discovered the two murders in the Pyes home at 214 W Minnesota Ave on February 9 after Delsie called 911.

Anderson was arrested at the home after officers ‘observed [him] throwing up in the living room into some pillows,’ the OBSI agent wrote in a request for a search warrant.

Blankenship’s murder wasn’t discovered until two days later after investigators interviewed him at a hospital where he was being treated for undisclosed injuries.

‘He confessed to going to 227 West Minnesota Avenue, Chickasha,’ the agent wrote, referring to Blankenship’s home.

‘He used his shoulder to knock in the back door. There were two German Shepherd dogs in the house. Anderson advised he killed the female resident and cut her heart out.’

Blankenship, 41, was identified as the victim on Friday. A GoFundMe campaign to cover her funeral costs has raised over $4,000 as of Wednesday.

In the search warrant request, the agent said investigators wanted to collect ‘pots, pans and any utensils for cooking’ as evidence from the Pye home.

Investigators are working to determine whether Anderson was under the influence of drugs at the time of the stabbings, the Oklahoman reported.

Anderson’s attorney, Al Hoch, indicated that he will seek a mental evaluation to determine whether his client is competent to stand trial.

Kaeos’ parents, Tasha Yates and Taranzo Pye, shared their heartbreak at their daughter’s death in an interview with KFOR on February 11.

‘Tell your kids you love them, do everything with them that you possibly can,’ Taranzo said. ‘Because you never know when they might be taken away from you.’

He said of Anderson: ‘He ruined everything. He ruined my whole life.’

The girl’s mother, Yates, said: ‘For me right now, it’s just like random bursts of sorrow, complete sadness that overtakes you. My little soul is broken, my baby.’ 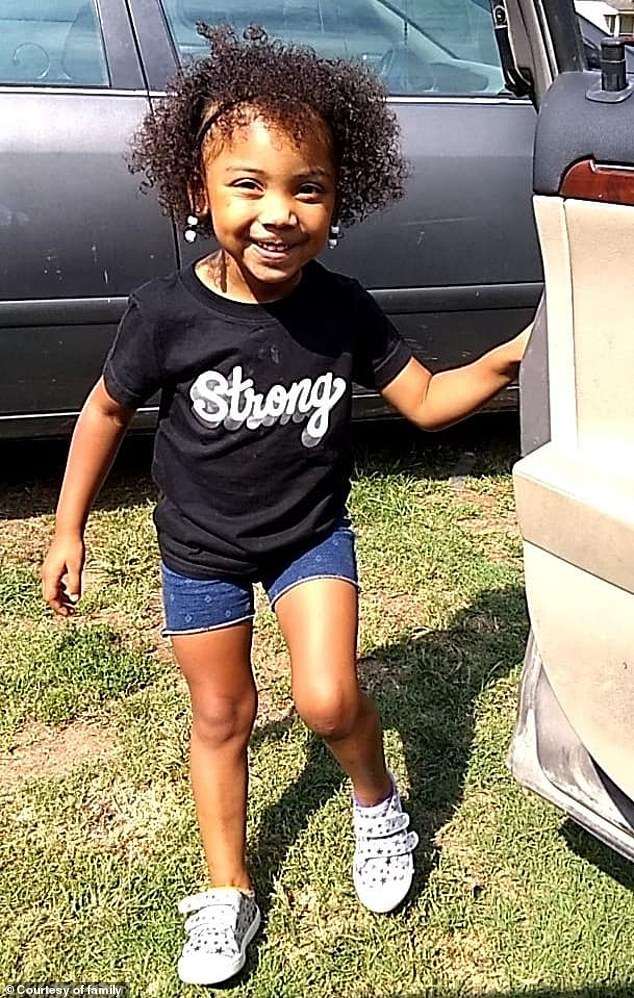 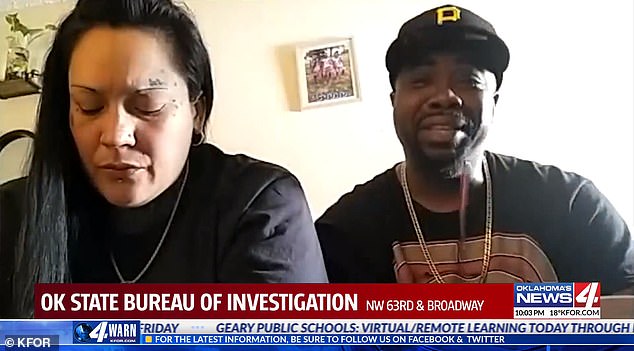 Kaeos’ parents, Tasha Yates and Taranzo Pye, shared their heartbreak at their daughter’s death in an interview with KFOR on February 11 (pictured)

Anderson has spent much of the past 15 years in prison, state records show.

In 2006 he was sentenced to four years for attacking his girlfriend and pointing a gun at her and for possessing crack cocaine with intent to distribute. He was released after serving less than two years in prison in that case.

Anderson landed back in lockup in 2012 when he was sentenced to 15 years for selling crack cocaine near a Chickasha elementary school. He was released after five years and four months in 2017 with 20 years probation.

Less than five months after that release, Anderson was arrested for confronting a woman with a handgun in a church parking lot. Police later found a vial of PCP in his underwear.

A judge revoked his probation in full and sentenced him to 20 years in prison for new drug and gun crimes in December 2017.

At the time of that sentencing, Anderson reportedly told the judge he was taking bipolar medication.

He served just over three years before being released last month when the governor commuted his sentence.