Older adults who had more virtual contact during the pandemic were LONELIER than those who shunned video chats, surprising study finds

While video chat apps were once reserved for work calls, they’ve served as a lifeline for many people amid the Covid-19 pandemic.

However, a new study suggests that apps such as Houseparty and Zoom were not helpful for older adults, and actually increased feelings of loneliness.

Researchers from Lancaster University found that over-60s who had more virtual contact during the pandemic experienced greater loneliness than those who shunned video chats.

A new study suggests that apps such as Houseparty and Zoom were not helpful for older adults, and actually increased feelings of loneliness (stock image)

The survey included questions on how participants used different forms of interactions with their family and friends, and on their mental wellbeing.

The results revealed that in both countries, older adults who admitted to having more frequent in-person interaction with friends and family during the pandemic had better general mental wellbeing. 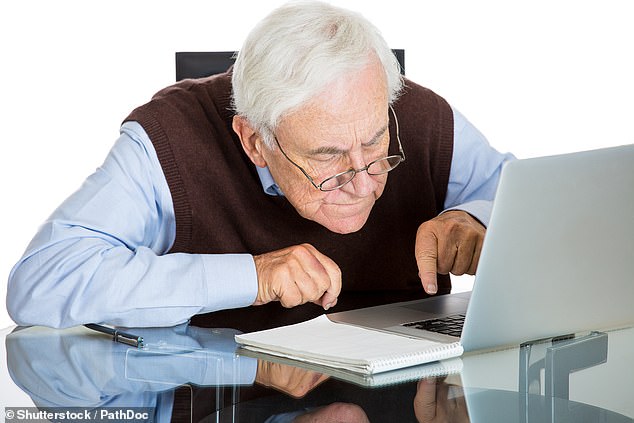 However, virtual interactions – such as phone calls, texting, online audio, video chat and social media – were not linked with improved mental wellbeing, and actually increased feelings of loneliness.

While the reason for this remains unclear, the researchers suggest there are a number of factors at play.

‘This has to do with a complex set of factors, such as digital access, device affordance, tech know-how, and potential digital stress among the ageing population,’ Dr Hu explained.

The team hopes the findings will encourage policymakers and doctors to address the possible looming mental health crisis amid the ageing population.

Dr Yue Qian, co-author of the study, said: ‘Policymakers and practitioners need to take measures to pre-empt and mitigate the potential unintended implications of household-centred pandemic responses for mental well-being.

‘Beyond the context of the pandemic, the findings also indicate the need to enable strong inter-household ties to bolster public mental health in the long run.’