Having an old father could knock years off your life, according to new research.

Experiments on mice found the offspring of elderly males had a lifespan that was two months shorter on average – the equivalent of several years in humans.

It follows previous studies suggesting a link between older fathers and a greater risk of epilepsy, autism and some cancers in their progeny.

Researchers from Bonn, Germany, said although the findings were based on rodents, they may also apply to humans.

Dr Dan Ehninger said: ‘What we have described here are fundamental mechanisms in a mammalian model organism. These could also be relevant for humans.’

Women have long been warned the older they are, the greater the risk of health problems for them and their baby.

But there is a growing body of research that suggests a father’s can also affect a baby’s health.

Dr Ehninger and colleagues from the German Centre for Neurodegenerative Diseases in Bonn identified a rise in the number of chemicals related to ageing and disease in the mice born to older fathers.

The sperm of old males, as well as the tissue from their offspring featured similar ‘epigenetic’ changes to their DNA caused by lifestyle factors.

Where was the study published?

The results published in Proceedings of the National Academy of Sciences are indicative of influences on the ageing process handed down from father to son and could be relevant in a human context.

‘This is the case, for example, for psychiatric disorders such as autism or schizophrenia.

‘Associations between paternal age and health outcomes in offspring, described by a number of epidemiological studies, could arise for many reasons.

‘We wanted to address whether age-related biological changes in the male germ line could underlie effects on offspring health.

‘Our study was focused specifically on lifespan and ageing-associated pathologies in old father offspring.’ 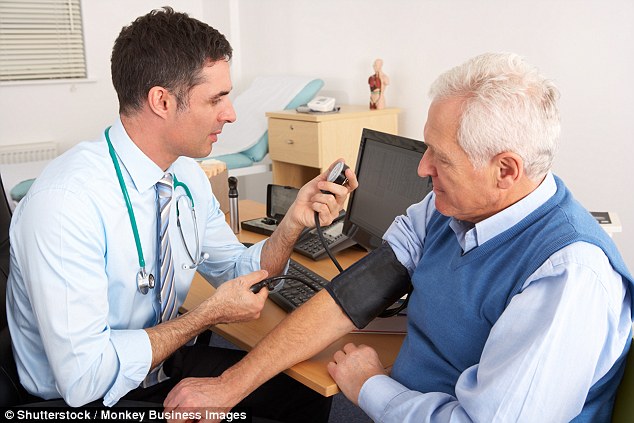 It follows previous studies suggesting a link between older fathers and a greater risk of epilepsy, autism and some cancers in their descendants (file photo)

In the first study of its kind, his team compared two groups of mice that included the descendants of young and old fathers, with the former mated at an age of four months, and the latter at least 21 months.

This would be roughly the equivalent to a man having a child in his 20s or 60s, respectively.

How old were the mothers?

The mouse-mothers were all four months old. All offspring grew up under the same living conditions and never had contact with their fathers. Offspring from both groups were examined at the age of six and 19 months.

Professor Martin Hrabe de Angelis, director of the German Mouse Clinic, Munich, said: ‘We looked at 13 biological parameters that had previously been shown to change during natural ageing in mice.’

‘These included deposits in the kidneys, tissue changes in the lungs, as well as alterations in proteins associated with oxidative stress.’

Age-associated traits were more pronounced in the 19-month-old offspring of elderly mice than descendants of young fathers.

Dr Kan Xie, a member of Dr Ehninger’s lab said: ‘If you take our parameters as a reference, then you can certainly say the descendants of the old mouse-fathers aged faster than the offspring of young fathers.’

What did the study find?

Paternal age effects were also evident with regards to lifespan. Offspring of young fathers showed an average lifespan about two months longer than that of peers with old fathers.

The scientists do not assume that the different development was caused by defects in the offspring’s genome.

Dr Ehninger said: ‘Comparing the two groups of mice, we found no significant differences in mutation rates, at least not with the methodology employed in the present study.’

But there were alterations in the sperm of the fathers with regards to epigenetic marks of the genome. Dr Ehninger said: ‘We could show that the offspring of old fathers showed an increased activation state of the mTORC1 signaling pathway.

‘This pathway is known to be an important regulator of growth and many metabolic processes.’

Whether this is the case in humans, and to what extent, has not been tested and remains unknown.

Dr Ehninger said: ‘In this respect, our results cannot be directly applied to humans.’ He points out data on the extent to which epigenetic marks of human sperm change with age are limited so far.

But he added: ‘However, our results provide a good reason to take a closer look at this.’