Oldest fair in the UK celebrates its 199th year in Essex

The oldest fair in the country is celebrating its 199th year this week in Topsfield, Massachusetts.

Founded in 1818, the Topsfield Fair began as the Essex Agricultural Society Cattle Show to showcase the agriculture across the county.

The location of Topsfield was chosen because it was the most central point in Essex County, making it most convenient for stagecoach travel. The town has a population of just over six thousand people and comes to life during the annual fair. 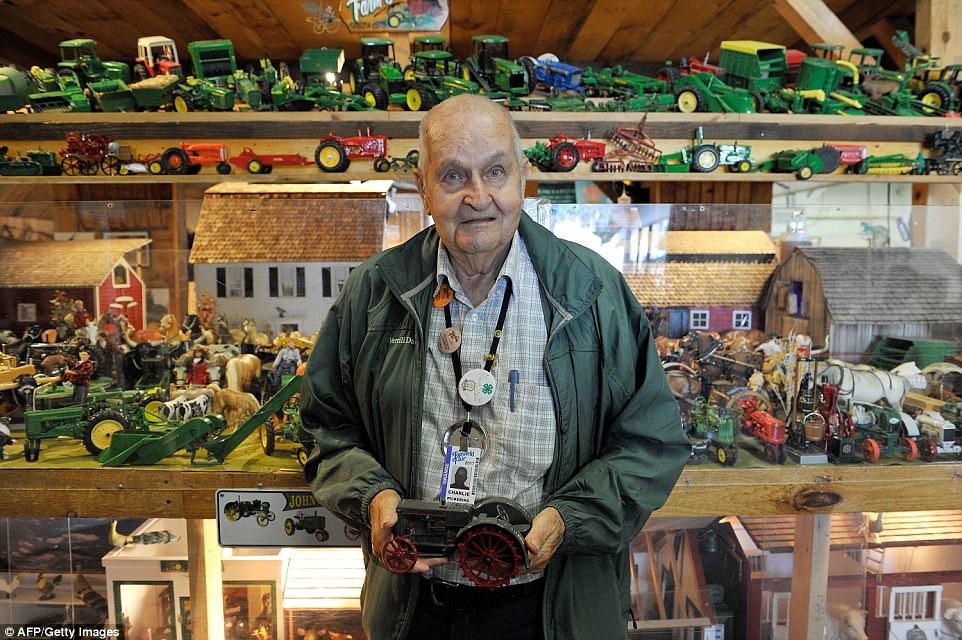 Charlie Pickering, 85, stands in front of his lifelong collection of toy farm equipment. The Topsfield Fair is the oldest in the United States and was founded in 1818 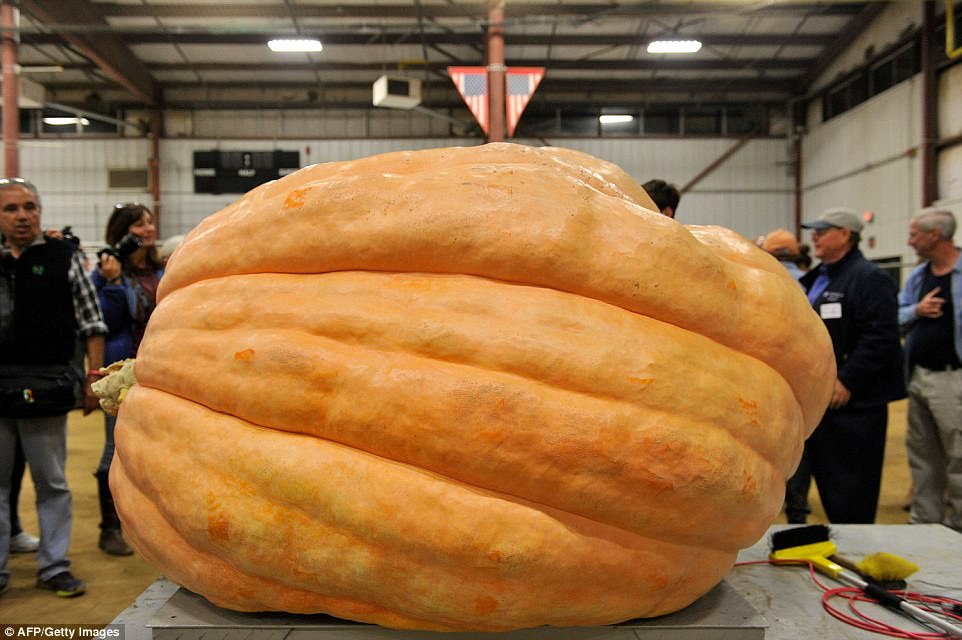 The winning pumpkin from Woody Lancaster, 71 of Topsfield, weighing 2003.5 pounds. It is the first pumpkin recorded weighing one ton 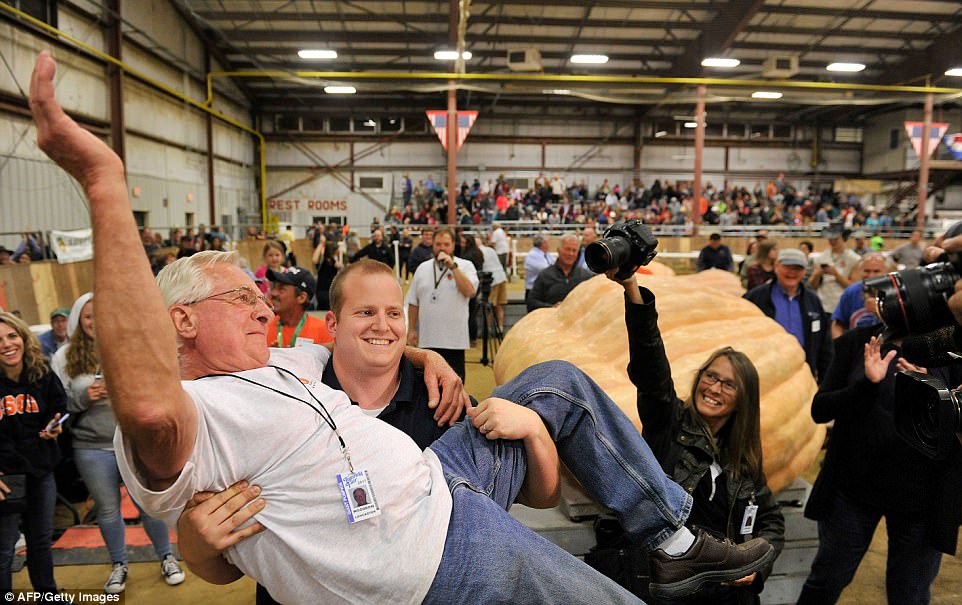 New England Pumpkin Growers Association’s Giant Pumpkin Competition winner Woody Lancaster, 71, of Topsfield, is lifted into the air by his son Alan, 29, as part of a victory celebration 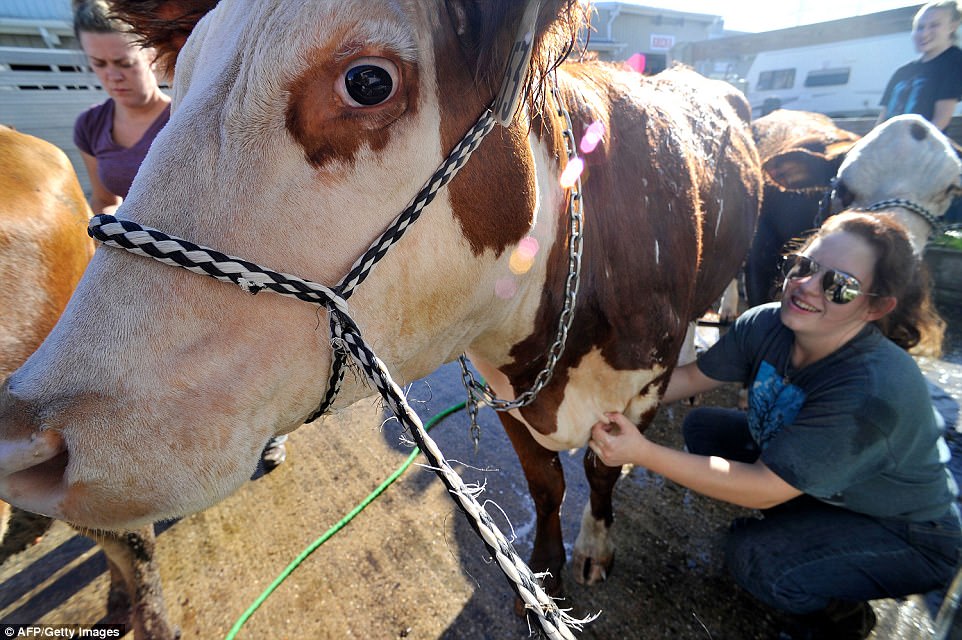 Courtney Howarth, 17, washes her cow with her fellow Essex Tech High School classmates to prepare it for competition 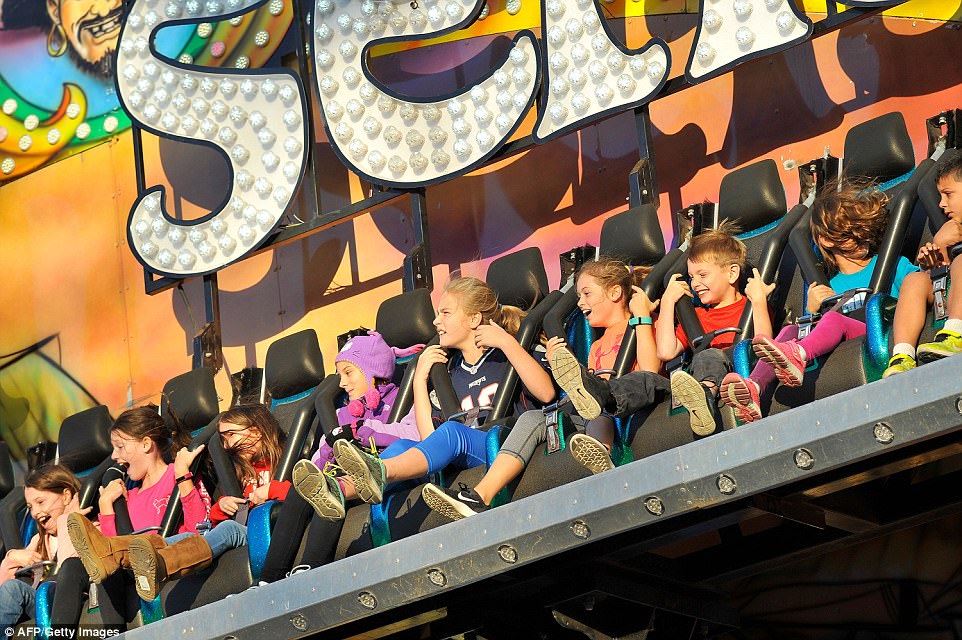 Children scream and laugh on a thrill ride at the 199th Topsfield Fair in Topsfield, Massachusetts 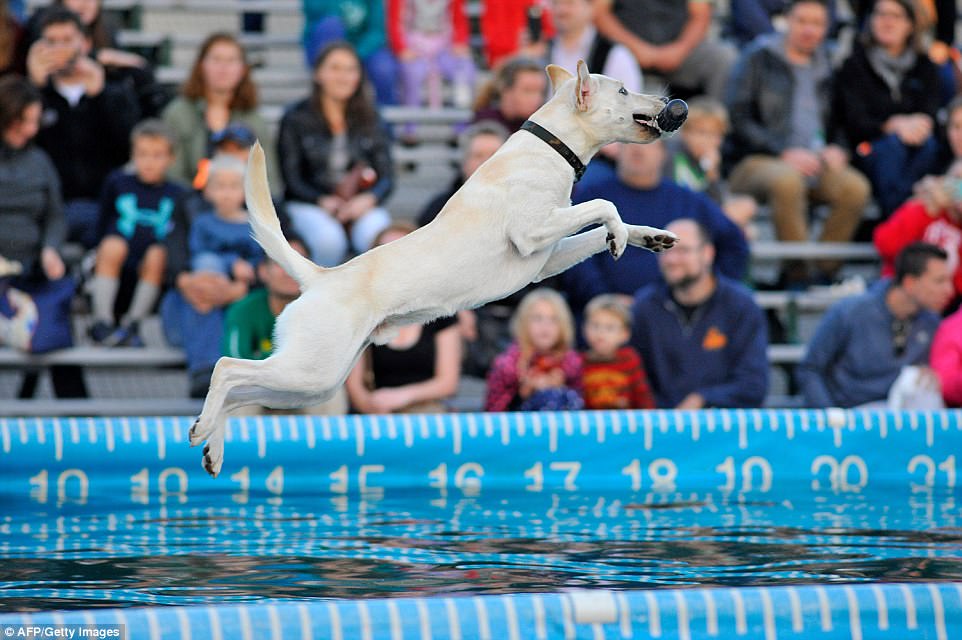 Camo, a two year old dog, catches his toy before splashing into the pool of water during the Dock Dogs Big Air Show 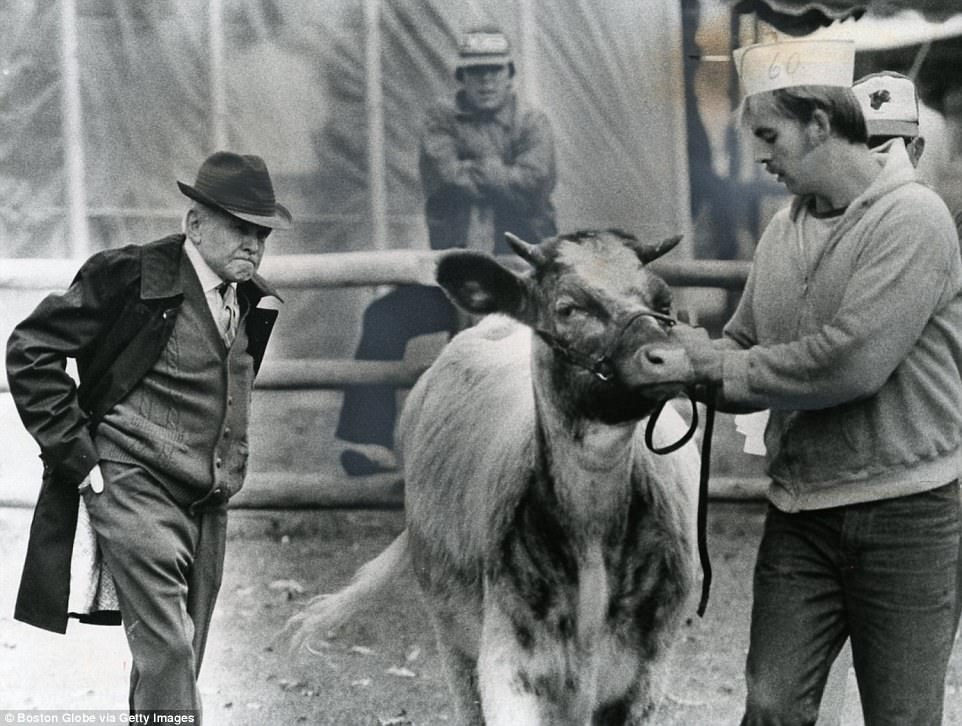 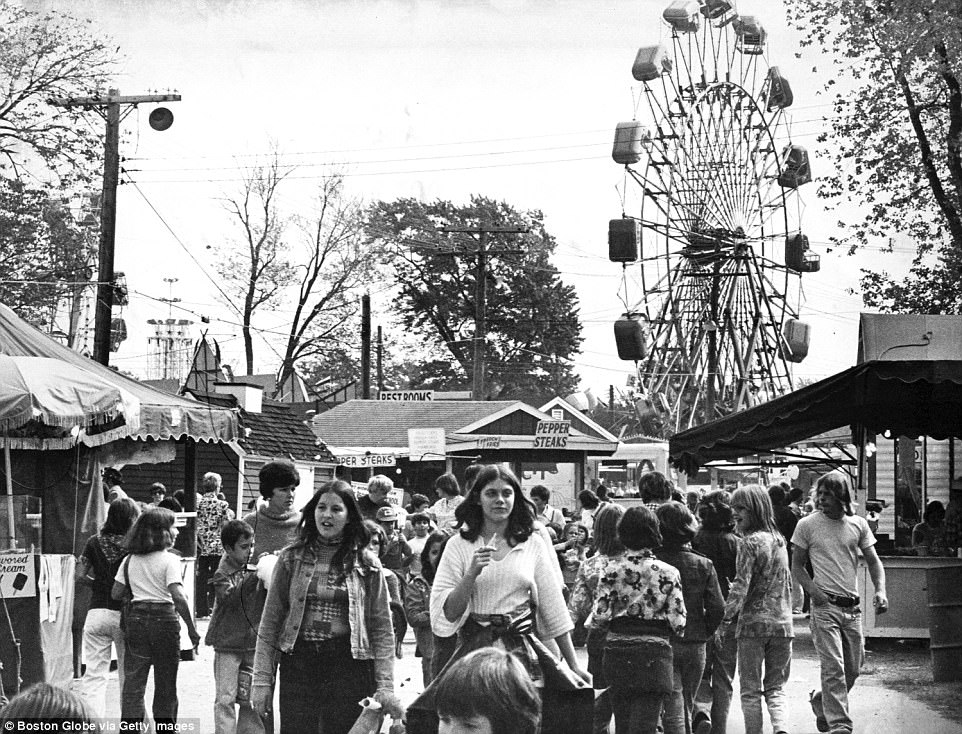 This year, it is being held from September 29 to through October 9. Some of the events include Swifty Swine Racing where pigs race for the grand prize: an Oreo.

It also features Moto Maniacs and a Monster Truck Freestyle rally. Plus, there is Dock Dogs is an aquatic competition where dogs do tricks in water.

Last year, attendance averaged 40,000 visitors per day with a grand total of almost half a million attendees total.

The fair has a variety of events including a giant pumpkin contest. This year a one-ton pumpkin took home the prize. Woody Lancaster, 71, won $6,500 for bringing in a 2,003.5lb pumpkin.

The pumpkin was short of the North American record holder of of 2,261lbs. 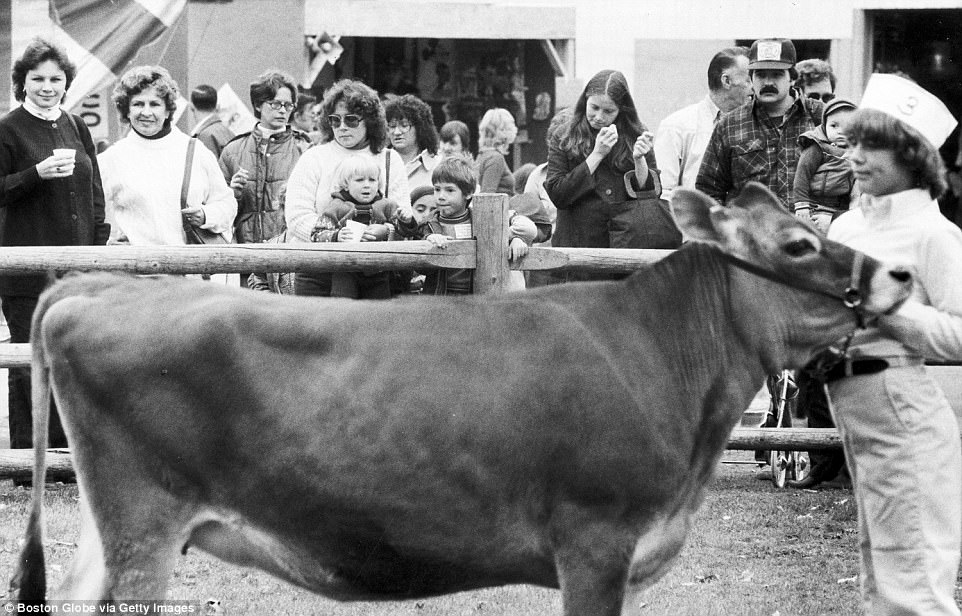 Spectators take in the cattle judging at the Topsfield Fair in Topsfield, Mass. on Oct. 6, 1981 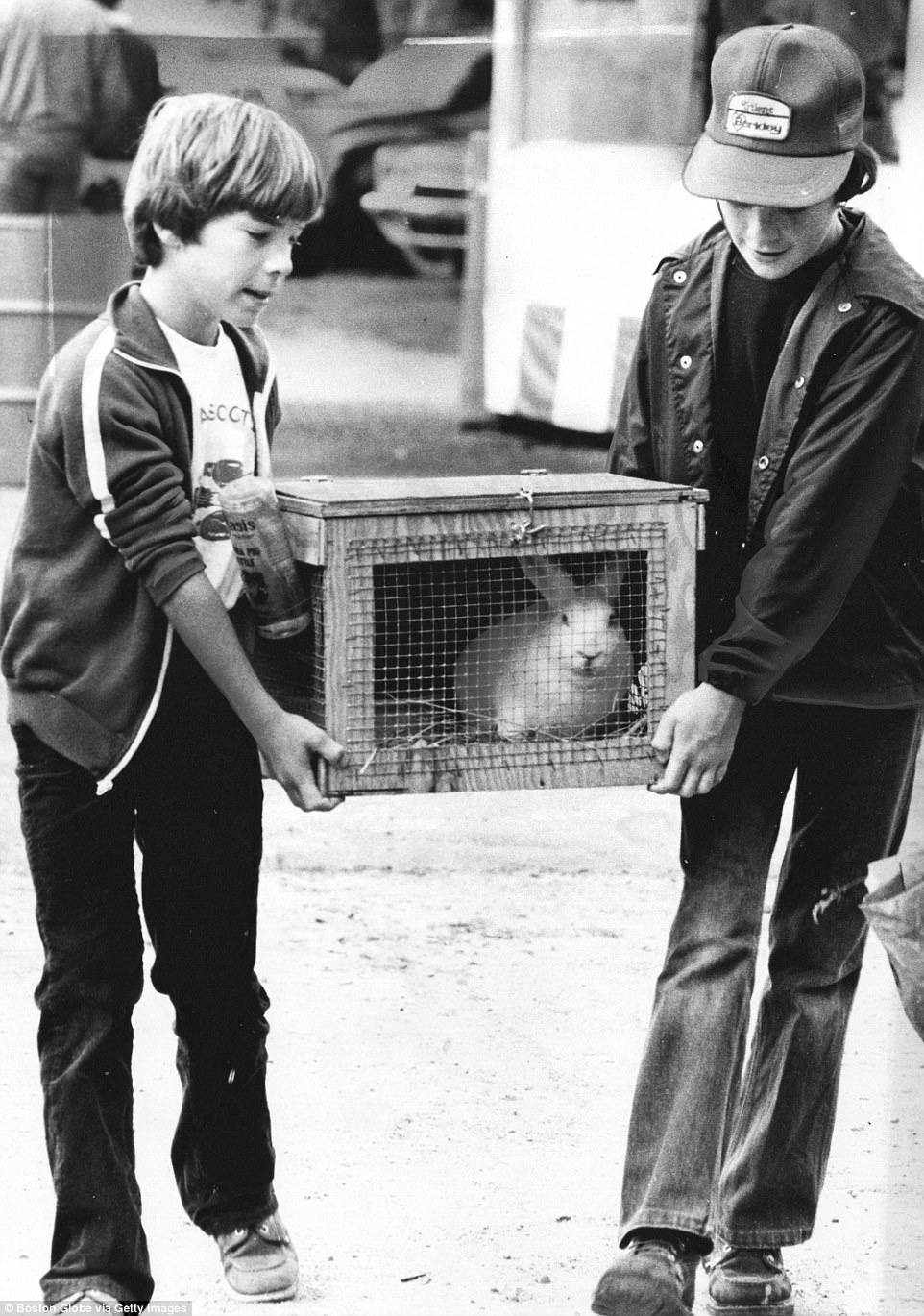 ay Wessell and Timmy Flynn, 11, both of Danvers, Mass., carry their rabbit at the Topsfield fair 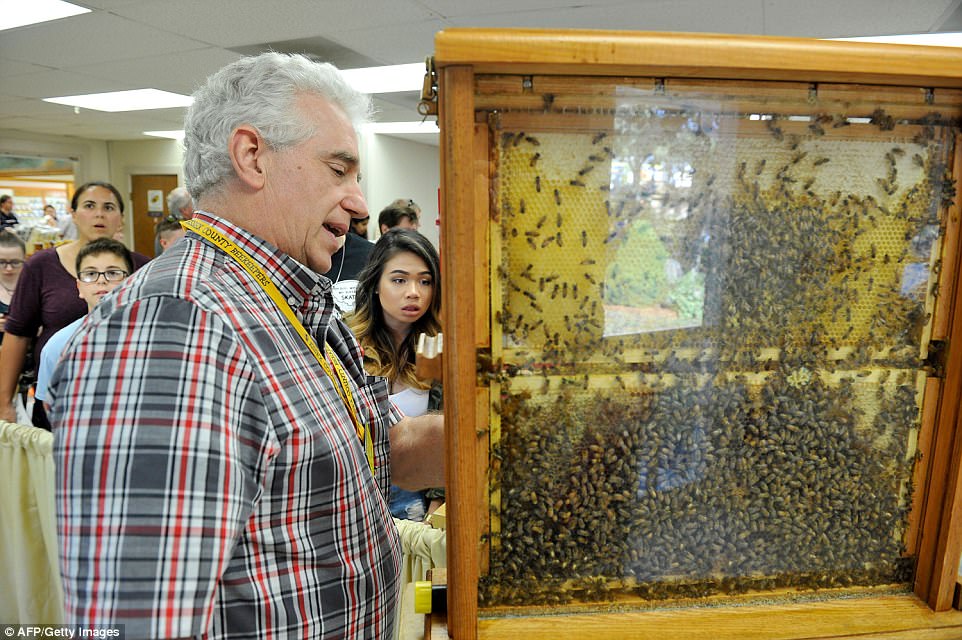 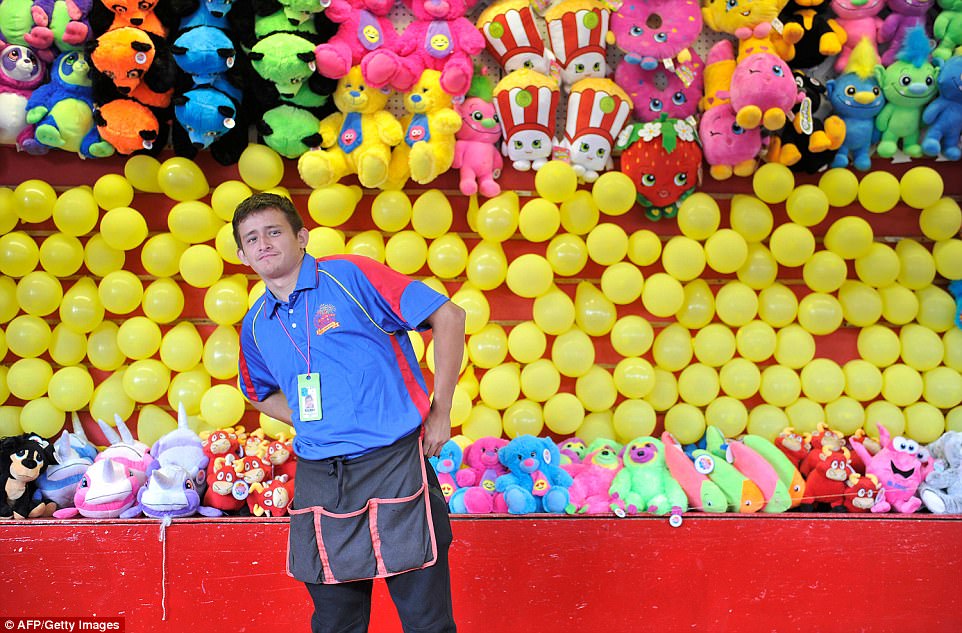 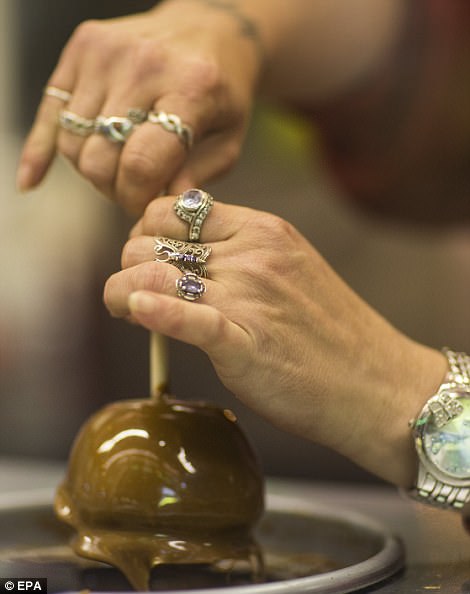 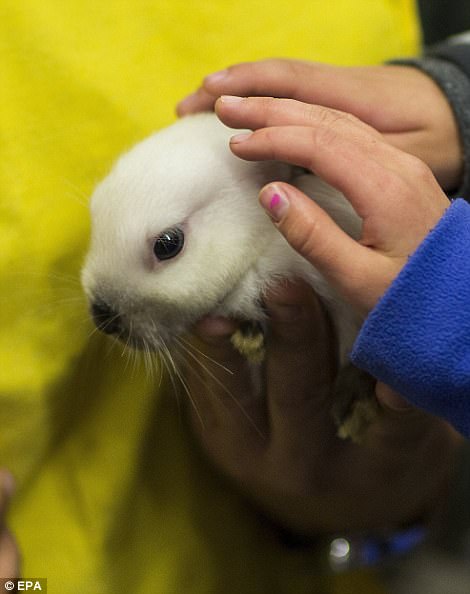 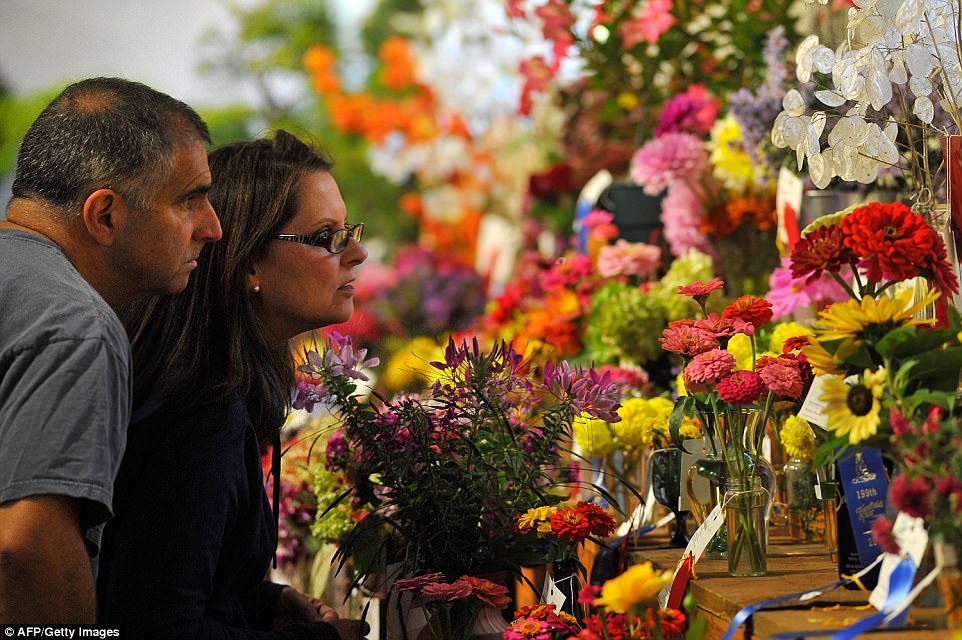 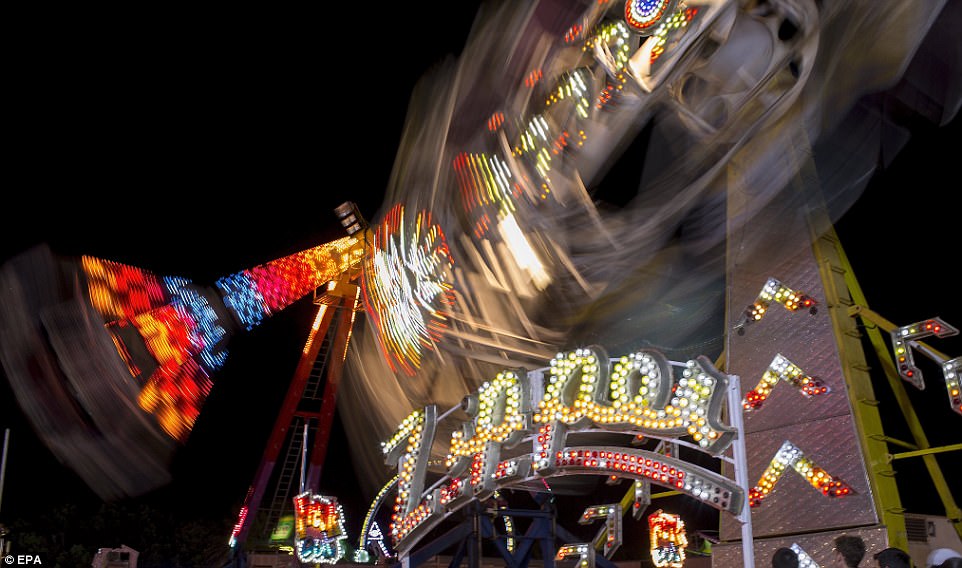 Colored lights illuminate some of the rides during the Topsfield Fair in Topsfield, Massachusetts

The first president of the society that started the fair was a Revolutionary War veteran and a 1763 Harvard graduate. Honorable Timothy Pickering also served as a US congressman.

Pickering won the first ‘premium’ award for superior performance of his plough.

The fair has been held on ground since 1910 in Topsfield. 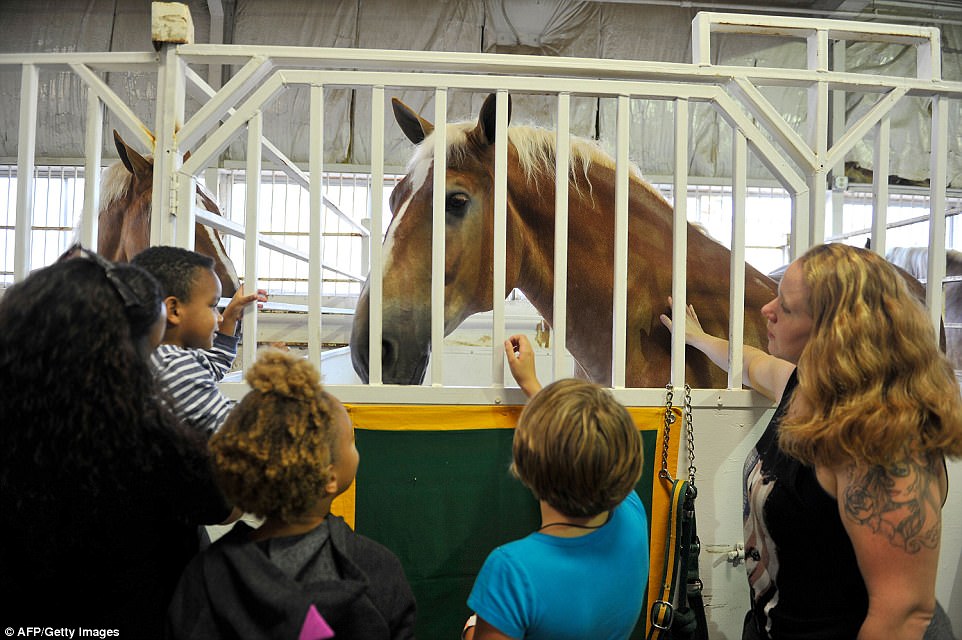 Families enjoy a chance to get close to clydesdale horses. The Topsfield Fair will celebrate its 200th anniversary next year 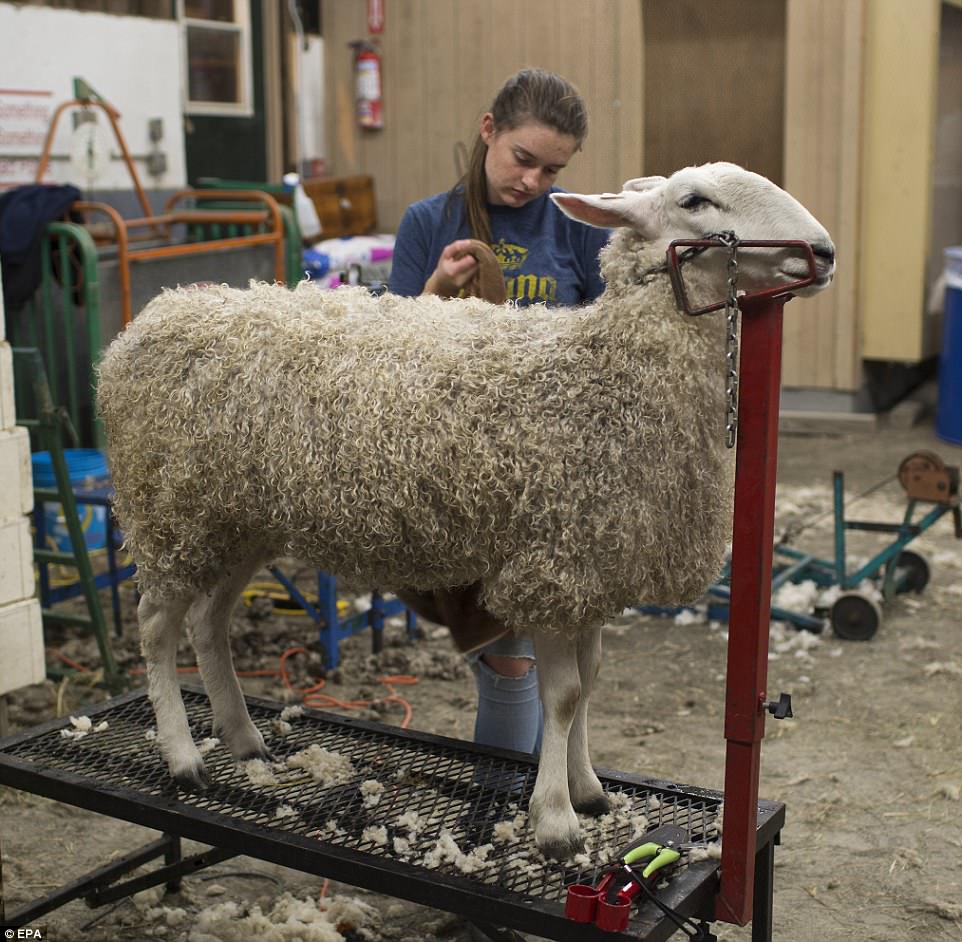 A competitor prepares her sheep for competition 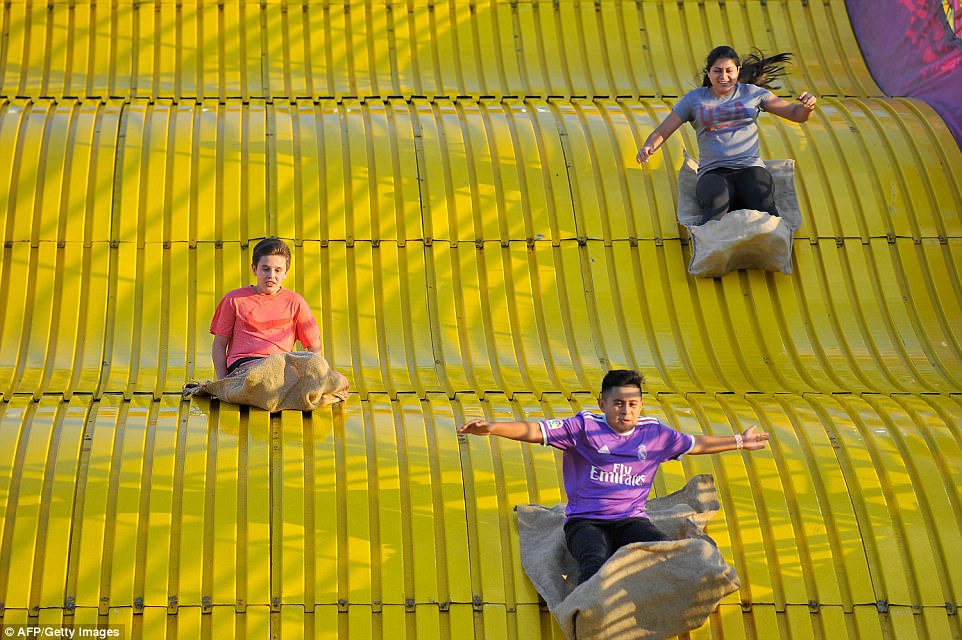 Children ride down a giant slide at the 199th Topsfield Fair in Topsfield, Massachusetts