‘Bouncing up and down like they’re in a disco!’: Oldham players distract keeper in bizarre but effective free-kick routine that works to perfection

A League Two clash between Oldham and Colchester looked unremarkable on paper, but a hilarious free-kick routine leading to a goal at Boundary Park on Friday has generated a buzz on social media.

With the Latics already 1-0 up, Leeds loanee Alfie McCalmont stepped up to take a free kick a few minutes before the break.

Four of his team-mates then proceeded to huddle on the six-yard line and comically jump and down, blocking the view of visiting keeper Dean Gerken and making it difficult for the veteran stopper to organise his defence. 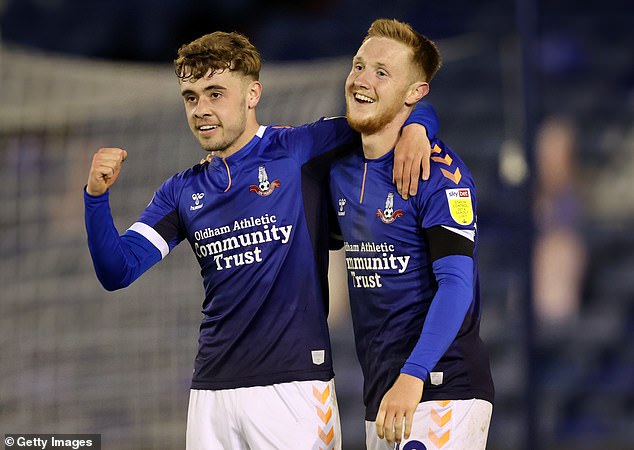 The quartet then scurry behind the Colchester wall just after referee Martin Coy blows his whistle, with McCalmont whipping his strike towards the opposite corner as it went in off the post.

Oldham went on to win 5-2 as Keith Curle’s men moved up to 15th, but all the talk post-match was about the unconventional set piece.

The strike bore some resemblance to Atalanta’s unusual ploy in the Champions League round of 16 at Real Madrid last month.

On that occasion, Luis Muriel and Ruslan Malinovskiy lined up the effort, with Matteo Pessina, Berat Djimisti and former Middlesbrough midfielder Marten de Roon all charging towards the Madrid wall. 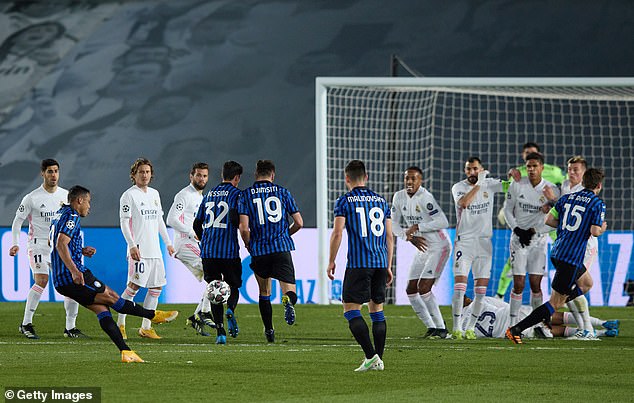 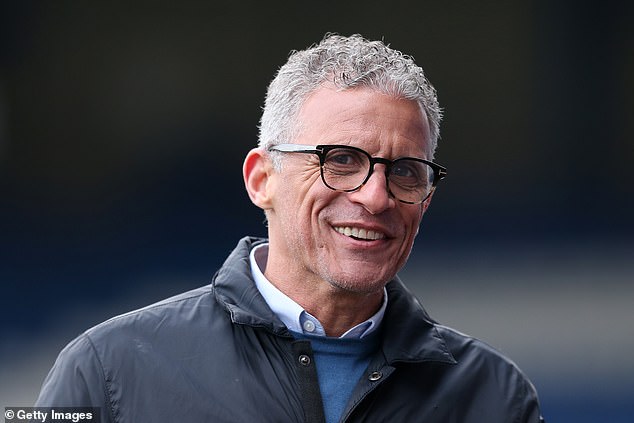 Muriel was the eventual taker, with his strike curling into the top left-hand corner of Thibaut Courtois’ goal despite the Belgian getting a hand on it.

Speaking after the game, Curle refused to take credit for the bizarre set-up and said the invention had come from his assistant Paul Butler.

‘I’d like to take all the credit for it but I can’t,’ he said. ‘It’s Paul Butler’s one. He had an international set-piece specialist come over and he did it when he was at Leeds and he said it worked, so he put it on at the training ground. And I’ve got to say I was sceptical to say the least.