Ole Gunnar Solskjaer acknowledged he was ’embarrassed’ by the manner of Manchester United’s defeat at Watford, but insisted the communication between him and the club remained good.

United’s dismal run of form plumbed new depths on Saturday, as they crumbled to a 4-1 defeat at Vicarage Road, slipping to eighth in the table 12 points behind Premier League leaders Chelsea.

Solskjaer’s future has been subject of debate for months, but the Norwegian survived the latest international break and clung onto his job. 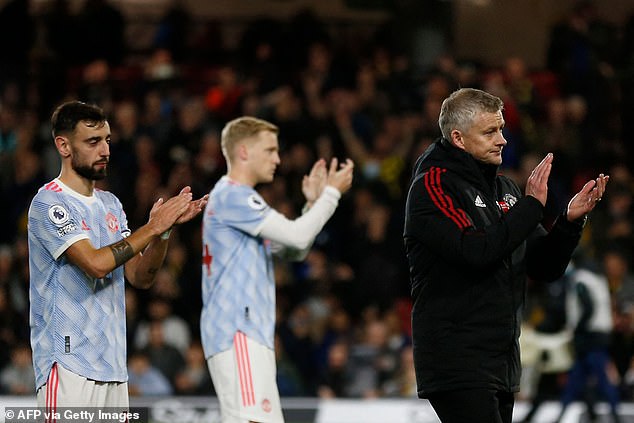 While the capitulation against Watford will pile more pressure on the Norwegian, he insisted he had received no indication from United that the club were planning a change.

‘I’m working for and with the club and I’ve done that for 18 years,’ Solskjaer said in his post-match interview.

‘We’ve got a good communication and if the club were thinking about doing something then that is between me and the club.’

With the defeat at Vicarage Road, United have now lost four of their last five Premier League games, conceding 16 goals in the process and have the worst defensive record of any team in the top-10. 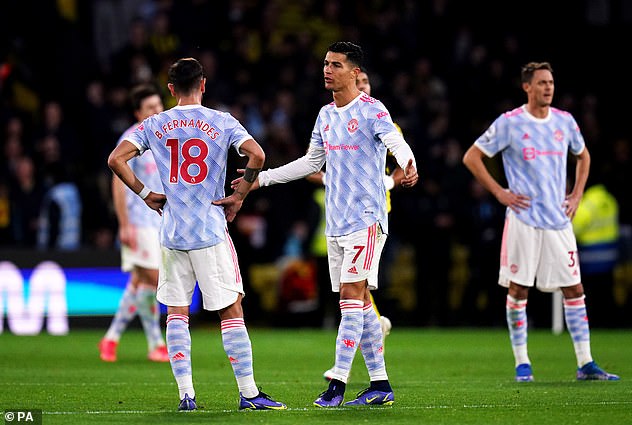 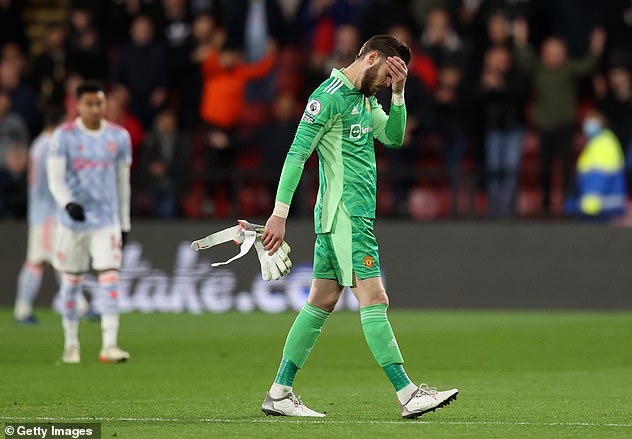 Solskjaer acknowledged the dismal run was a source of embarrassment for him and the players.

‘The results are not good enough, we know that,’ he continued. We’ve gone 30 games unbeaten away from home and now we’ve lost two on the bounce and conceded four goals in both of them, so of course something’s wrong.’

‘I feel for the fans and I feel the same as them – we’re embarrassed by losing the way we do.

‘We know we are in a very bad run and a bad situation, but that’s football and I know they’ll support whoever is on the pitch every day, and sometimes you’ve got to say sorry.’