Ole Gunnar Solskjaer has rejected criticism that he has changed Manchester United’s formation too much this season.

Former United players Rio Ferdinand and Paul Scholes felt the decision to play a back-three against RB Leipzig last week backfired as Solskjaer’s side went out of the Champions League.

The United boss had previously used the system to good effect when beating Paris Saint-Germain in October but United lost their Group H decider 3-2 in Germany. 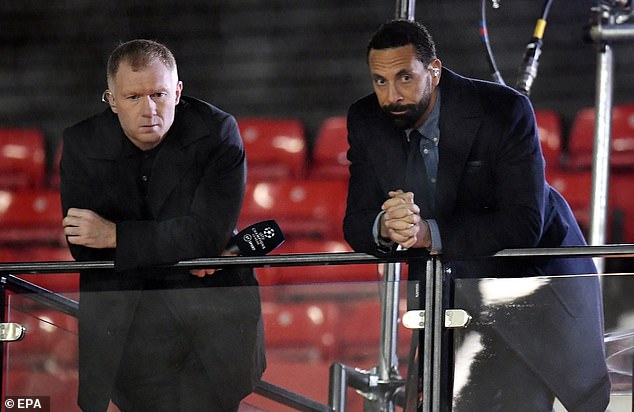 Solskjaer beat Leipzig 5-0 in the first meeting at Old Trafford using a diamond formation in midfield, and on Saturday used Paul Pogba on the left of a more familiar 4-2-3-1 in a goalless Manchester derby.

‘What was the change in formation then, you tell me?’ said Solskjaer when asked about his tactical switches ahead of the trip top Sheffield United on Thursday.

‘It was a 4-2-3-1 and coming into that pocket is probably Paul’s favourite position. Paul did well and the team’s shape was as it normally is.

‘Twice we played three at the back – we beat PSG and lost to Leipzig – we played a full game with a diamond and two half games with a diamond. Four out of 22 games isn’t bad for consistency of a normal shape.’ 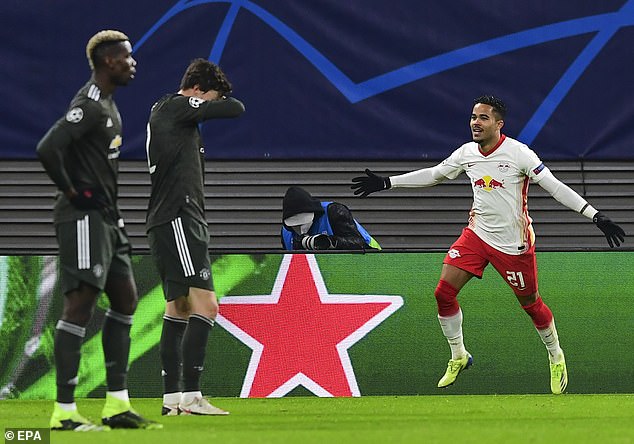 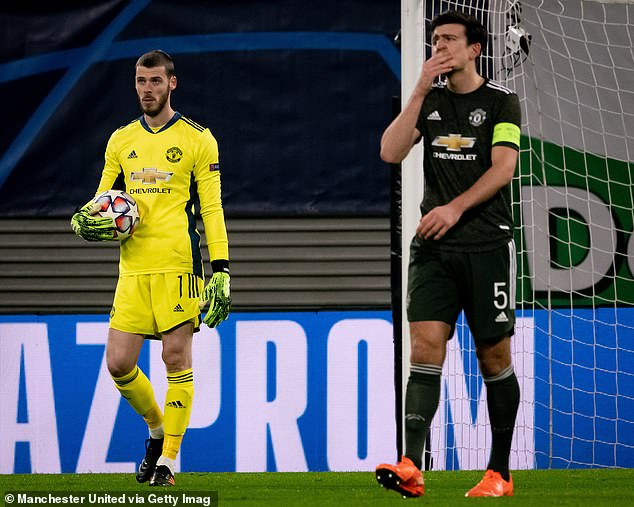 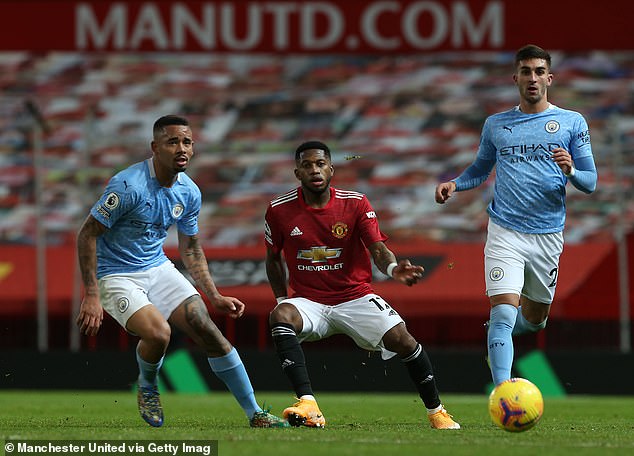 The trip to Bramall Lane will be the first of six games in 16 days over the Christmas period. Solskjaer admits he will have to manage his squad carefully with Edinson Cavani unlikely to return from injury against Sheffield United.

‘We have to be mindful of little strains and niggles, and decisions have to be made,’ he added.

‘Edinson has done well with his rehabilitation. I still have to make the decision if we should risk him. I doubt he’ll be available to pick tomorrow.’

United’s boss also said defender Marcos Rojo has suffered a setback in his return to fitness.

‘Marcos has just felt a niggle in his calf again. He worked really hard to come back, played a game with the reserves, got a knock there,’ he said.

‘He worked really hard again then felt something so he’s hopefully back in January.’

Solskjaer also said injured defender Phil Jones ‘should be ready by January’ and added goalkeeper Sergio Romero ‘had been training hard’. Neither player in currently in United’s Premier League squad.