Oliver Fisher has carded the first round of 59 in European Tour history on day two of the Portugal Masters in Vilamoura.

The Englishman made 10 birdies and an eagle in his bogey-free 12-under-par effort to at last break the barrier, with 19 players having previously recorded official rounds of 60.

There have been 10 sub-60 rounds recorded on the PGA Tour – with Jim Furyk registering both a 58 and a 59 – the most recent of which came from Brandt Snedeker at the Wyndham Championship last month. 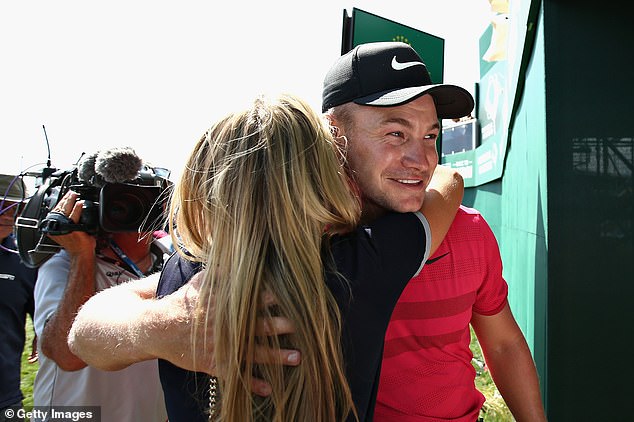 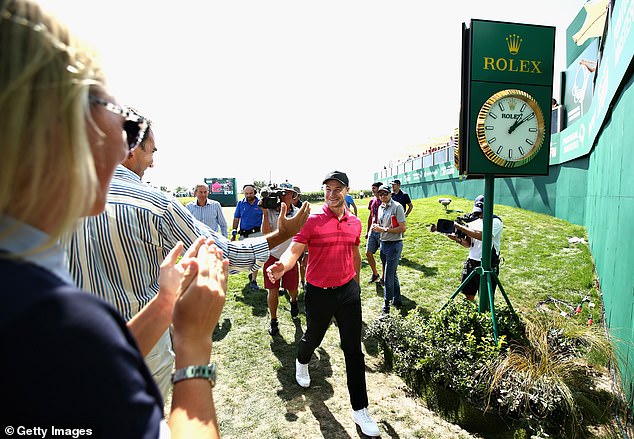 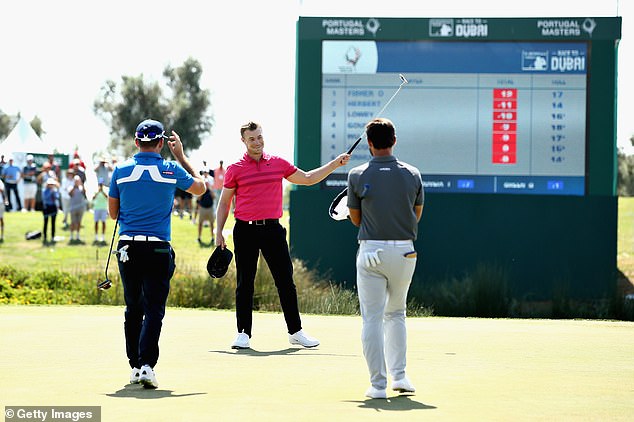 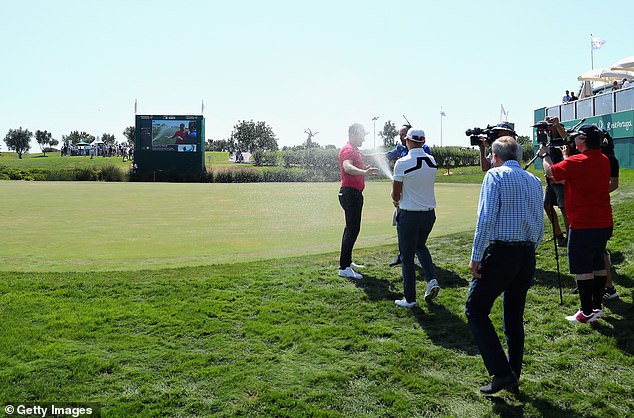 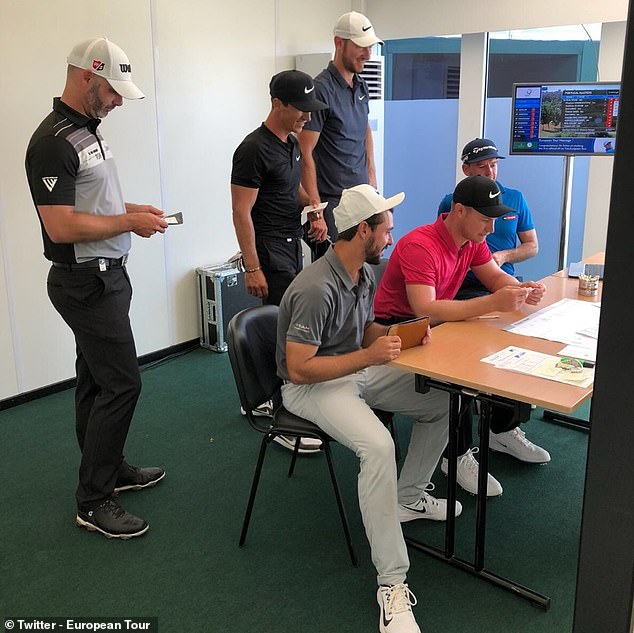 Shortly after, Fisher could be seen signing his scorecard as a memento of the historic round

Fisher, the current world number 287, started with three birdies and then eagled the par-five fifth before adding further gains on the sixth and eighth to turn in 28.

He birdied the 10th and 11th and when he got on the green at the par-five 12th in two and made a third birdie in a row, he was 10 under for the day.

The 30-year-old got up and down from the side of the driveable par-four 15th for another birdie but needed to hole a 20-footer to save par at the par-three next after leaving his tee shot a long way from the hole.

He got on the par-five 17th in two and another birdie meant a routine par up the last sealed his place in the history books.

Speaking after the milestone round, Fisher said: ‘It feels great. I started great and kept it going.

‘It was in the back of my mind all day. I’m just happy I two-putted on the last. It’s very different to two years ago when I had to fight to keep my card.

‘After saving par on the 16th I said to my caddie “We’ve got a couple of holes just to enjoy it.'”

Europe Ryder Cup captain Thomas Bjorn was one of the first to take to social media to congratulate Fisher on his achievement.

‘A special moment for such a special guy,’ he wrote. ‘Couldn’t be prouder of you @olifisher1’. 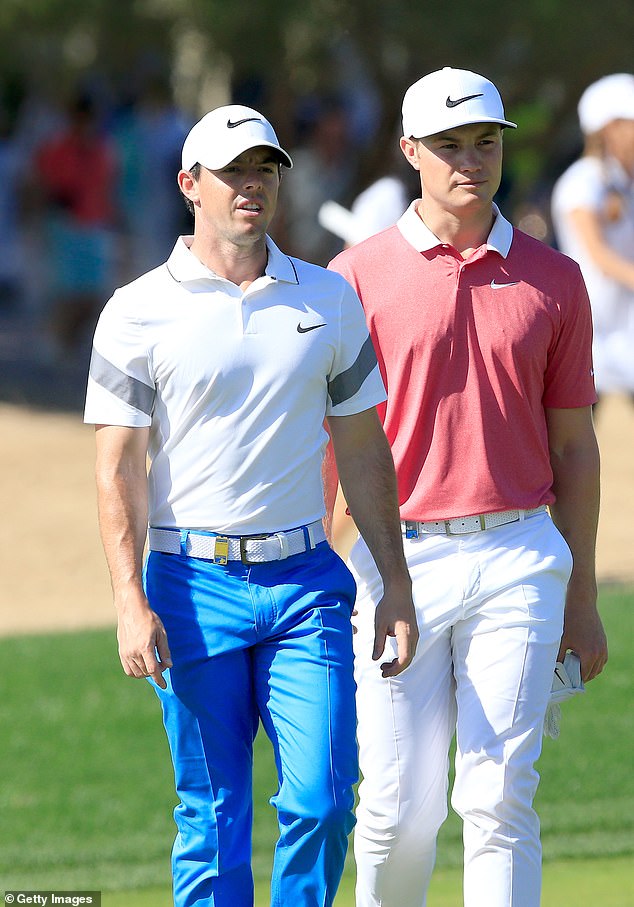 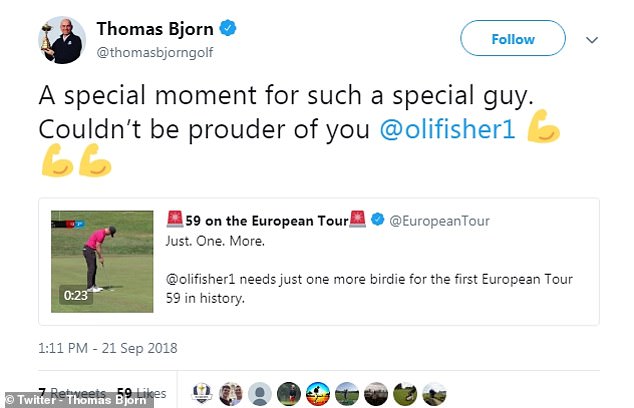