Olivia Channon (pictured) was the daughter of Paul Channon, reputedly the richest member of Mrs Thatcher’s Cabinet, and died of a drugs overdose 32 years ago

Social life for the rich and privileged few at Oxford University in 1986 might best be described as Brideshead Revisited with hair gel. Margaret Thatcher was at the height of her powers and, free of the guilt-ridden socialist Seventies, rich undergraduates populating the lanes beneath the dreaming spires indulged their tastes to excess and beyond.

Olivia Channon and her social set — inheritors of the Brideshead tradition, not to mention bucket-loads of trust money — took this licence for hedonism to its limit.

Champagne flowed amid a haze of heroin and cocaine at late-night gatherings and debauched parties in college rooms. Heroin was always smoked rather than injected — the latter being considered the preserve of less gilded members of society.

Olivia — Ollie to her friends — was the daughter of Paul Channon, then Trade and Industry Secretary and reputedly the richest member of Mrs Thatcher’s Cabinet. Through his mother, Channon was a member of the Guinness brewing dynasty and Olivia was in receipt of a generous trust fund which enabled her to buy a house in Oxford, where she lived.

A history undergraduate at St Hilda’s, Olivia was, at 22 years of age, beginning a life that could one day have settled down and developed along conventional upper-class lines — maturing, perhaps, into a husband, children and dogs and a large house in the country.

She never made it.

After the end of her finals, she binged on alcohol and drugs at a party thrown by a friend in his room at Christ Church, Oxford’s most imposing college.

Her body was discovered the following morning by Nicholas Vincent, a postgraduate who had been coaching her in history and had been asleep next to her, unaware of her plight. Olivia had vomited while unconscious and choked to death.

Her untimely demise stunned high society and shocked the country. The tragedy lifted the lid on a squalid world of a privileged elite peddling class A drugs, and prompted searching questions about how a gifted girl could have thrown away her life for just another high.

Her death was followed by a succession of arrests, including that of Count Gottfried von Bismarck, Olivia’s friend and a great-great-grandson of Otto von Bismarck, the ‘Iron Chancellor’ who forged Germany’s states into a single empire.

It was in Gottfried’s rooms that Olivia had met her end, but von Bismarck escaped with only a small fine for possession. 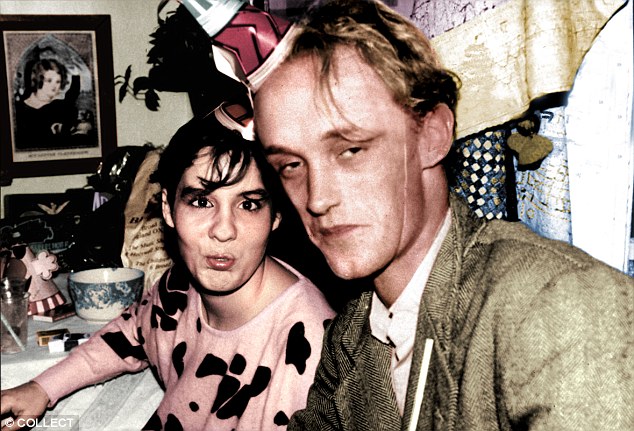 Sebastian Guinness, Olivia’s cousin and fellow member of the extended brewing family, was also detained by police. He had also been at the fatal party in von Bismarck’s room and was later jailed for four months for possession.

Nicholas Vincent, the 24-year-old who discovered Olivia’s body lying next to him on a bed, was charged with possession of amphetamines.

But it was her best friend Rosie Johnston who bore the brunt of the press coverage. Crucially, at Olivia’s behest, Rosie had supplied the fatal ‘fix’ to her friend, and received a nine-month prison sentence for supplying drugs.

Earlier this month, Rosie — now Rosie Smith following her second marriage — made a rare foray into the limelight to warn about the dangers of drug abuse and insist it is pointless sending addicts to jail.

‘Prison made [my addiction] worse,’ she said in a newspaper interview. ‘There was absolutely no help. There wasn’t an AA (Alcoholics Anonymous) meeting or NA [Narcotics Anonymous] meeting.

‘I started drinking when I came out — straight away.’

Her controversial intervention into the drugs debate has again raised the spectre of the not-so-charmed circle that once surrounded Olivia. So what on earth became of them all?

Today, Rosie leads the contented life that her late best friend might have hoped for.

The mother of a 20-year-old son by her late first husband, Adam Gardner, a businessman who died suddenly of heart failure aged 40, she is now married to Hugo Smith, a Suffolk landowner and churchwarden. Rosie is a writer and also counsels young offenders.

Next month, she will address parents attending the Courageous Conversations conference at £36,000-a-year Milton Abbey boarding school in Dorset. The danger of teenage addiction, she will warn her audience, is greater than ever.

‘When I used to do drugs, when I was younger, they were quite hard to get hold of,’ she said. ‘You had to put your back into it and sit in some sort of grotty pub in Deptford [South-East London] for three hours, waiting for someone to turn up. 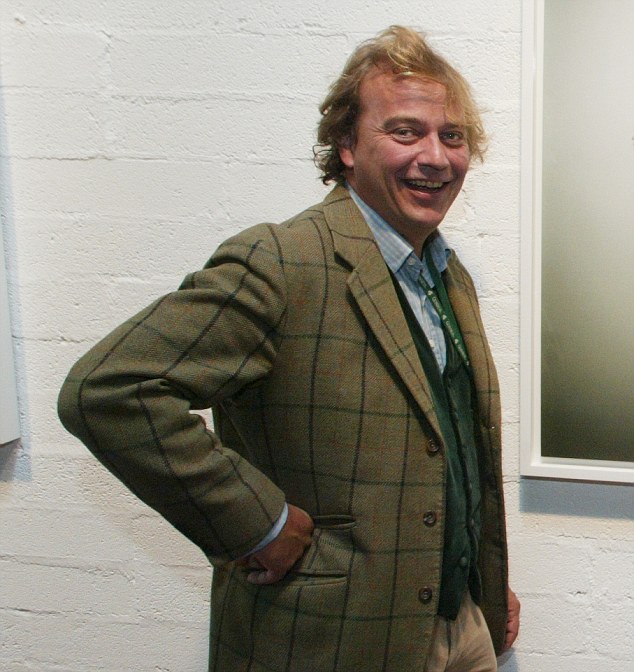 Sebastian Guinness, Olivia’s cousin and fellow member of the extended brewing family, now divides his time between Ireland and Cadaques in Catalonia with his Spanish partner

‘It’s not like that now. Drugs are incredibly available and easily got. Youngsters use the dark web. People get deliveries to their houses.’

Rosie — whose father Nicholas was an architect and mother Susanna a writer — was ‘as thick as thieves’ with Olivia at school, where another friend was Lady Helen Windsor (now Taylor), daughter of the Duke and Duchess of Kent. Olivia and Rosie shared the house in Oxford bought by the Channon family.

For them, Oxford life (Rosie was a student at Manchester College) was, she insisted, far from ‘jet-set’ — despite the aristocratic circles in which she moved.

‘The Bullingdon were the fast and furious ones, while we were knocking around pubs in the Botley Road [a main road running through the city],’ said Rosie. ‘We were not all doing heroin — that was the common misconception.’

The torrent of criticism that followed her conviction made her question her own character.

‘I spent years clinging to the conviction that I must be as bad as I believed everyone else thought I was,’ she recalled. ‘As a result, I believed I just wasn’t capable of anything. Now, I know I’ve got something positive to give. It’s great to be able to put my experience to good use.’

Gottfried von Bismarck’s life would not end so happily, however. A member of Oxford’s gay Piers Gaveston Society, notorious for its debauched parties, the count was seen on one occasion strolling around the university city dressed as a nun.

An epic drug-taker and drinker at Oxford, he would also don fishnet stockings and lederhosen and wear lipstick when holding extravagant dinner parties, including one dominated by a pair of severed pigs’ heads.

‘Charming but with extreme tastes,’ is the verdict of one who knew him. Affable, amusing, but ‘darkly complex’ were the verdicts of others.

Von Bismarck’s self-indulgence knew few bounds. During one party at his flat in London, bin liners were laid out in the drawing room to protect the floor from the gallons of champagne consumed. So slippery did it become that one guest slid out of the window and disappeared over the balcony into the street.

No one even noticed — though luckily the guest survived.

Of Olivia’s death, von Bismarck later admitted that he had never been able to escape the scandal. He was accused over the years of bringing disgrace on his family — a source of great distress. 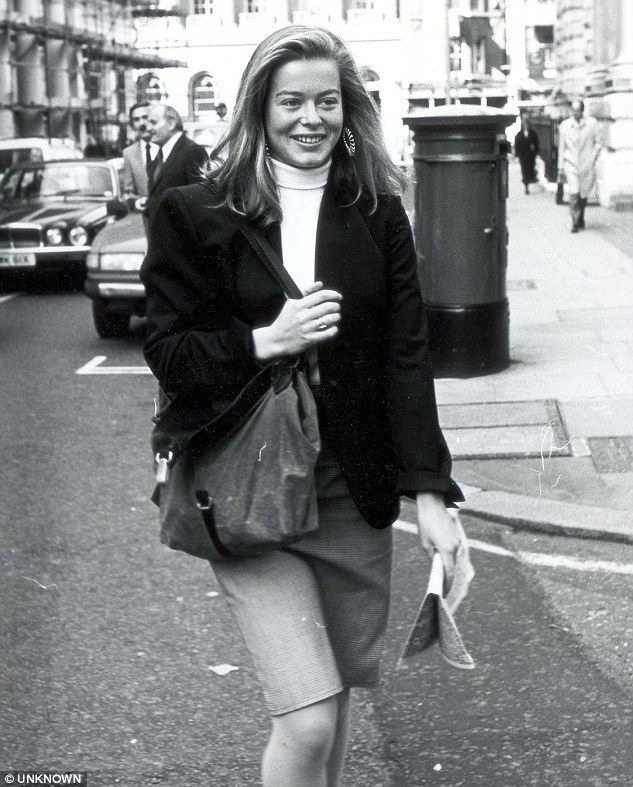 Lady Helen Taylor (pictured) was left bereft at the death of her friend, she has now married art gallery owner Tim Taylor, and they have four children

‘This whole thing has changed my life totally,’ he said after his conviction. ‘I have learned a lot about addiction and I intend to change.’

Spirited away to the family estate in Germany following Olivia’s death, he did, to an extent, manage to pull himself together and went on to pursue a successful career in telecoms during the Nineties. But his demons — and decadence — inevitably resurfaced. In 2006, a 38-year-old man, Anthony Casey, fell to his death from the roof terrace of von Bismarck’s £5 million flat in Chelsea after snorting cocaine during a gay sex party. The count had ‘come out’ in the Nineties.

The following year, von Bismarck was himself found dead in his London home. A pathologist told the inquest that the 44-year-old aristocrat had injected himself with cocaine every hour in the days leading to his demise, and that his body contained the highest dose of the drug that he had ever encountered.

Life turned out more happily for the Honourable Sebastian Guinness, who was Rosie Johnston’s boyfriend at the time of Olivia’s death. The son of Baron Moyne, the merchant banker and senior member of the Guinness family, he’s related to Max Mosley, the multi-millionaire former motor-racing tycoon who funds Impress, the controversial state-approved Press regulator.

After Oxford, Sebastian went on to marry American heiress Peggy Stephanich, but the marriage was childless and ended in divorce.

Joint master of the Westmeath Foxhounds in Ireland in the 2000s, Guinness now divides his time between Ireland — he runs an art gallery in Dublin — and Cadaques in Catalonia. He now has a Spanish partner, with whom he has a child. As for Lady Helen Taylor (nee Windsor), she was said to have been left bereft by the death of her close childhood friend, Olivia.

Lady Helen’s parents, the Duke and Duchess of Kent, and the Channons were godparents to each other’s children. Helen and Olivia developed their friendship further at St Mary’s, Wantage.

Known as the royal ‘wild child’ in her youth, Lady Helen once described how, in her 20s, she had felt ‘immortal’. Olivia’s death changed all that. Lady Helen subsequently married art gallery owner Tim Taylor, with whom she has four children. The wholesome ex-muse for Giorgio Armani is a popular royal who raises money for charity.

Nicholas Vincent was said to be ‘shocked to the core’ by the discovery of Olivia’s lifeless body and left the country for a time. Not of a hedonistic persuasion, he had warned Olivia about her drug-taking.

He said later: ‘I could not cope with the fact of having slept with Olivia beside me all night. I was not in an altogether balanced state that morning.’

Having chosen an academic career, he was elected a fellow of Peterhouse, Cambridge, in later life and is now Professor of Medieval History at the University of East Anglia, where he is writing a book on Magna Carta.

In another twist to the Olivia Channon saga, it transpired that she had split with a boyfriend shortly before her death. An Oxford undergraduate by the name of Jeremy Barnes, he also worked as a DJ in the ski resort of Verbier — and was referred to by Olivia as ‘Jeremy Hippy’.

The split came three months before Olivia’s death and a ‘suicide note’ was penned by her to Rosie Johnston disclosing that she been ‘dumped’.

After she died, the three-page letter, signed Olivia, was discovered in a dustbin outside the home she shared with Rosie. Written in red ink and addressed to ‘Dearest Rosie,’ it read, ‘By the time you get this, I won’t be around any more.’

Blaming a break-up with a ‘Jeremy Hippy,’ she asked Rosie to take money from her estate to throw a party for their friends.

In a statement issued by his lawyer, Paul Channon denied that his daughter’s death was suicide, pointing out that she and Barnes were later reconciled.

As for Barnes, he was described as ‘terribly cut up and distressed’ by his girlfriend’s death. Ever since, he has kept his head well below the radar, and today works in private equity, enjoying the riches of the City.

But wealth, as Mr Barnes and the rest of Olivia Channon’s set know from bitter personal experience, is no certain passport to a long and fulfilled life.