Olivia Culpo is a model, actress, who was named Miss Universe in 2012.

But in more recent years she’s added entrepreneur to her growing resume, which includes being a lead investor and creative director for Vide Beverages, according to Forbes.

And on Friday the Rhode Island native went into promo mode for the company by slipping into a skimpy and stylish bikini from Solo Mio Swim.

Entrepreneurial spirit: Olivia Culpo, 30, slipped into promo mode and struck a few poses for Vide Beverages in a bikini from Solo Mio Swim on Friday

Culpo, 30, flaunted her fab figure by striking a few poses in the two-tone bikini consisting of orange and red.

She also wore a white dress shirt, but choose to have it hanging down below her arms as she held on to a can of Vide.

‘@drinkvide coming to a store near you @solomioswim @makeupbyliz @solmazsaberi, she wrote in the caption, in a promotional push for the canned cocktail maker that uses vodka and tequila in the brand’s alcoholic drinks.

The Sports Illustrated Swimsuit Issue model added a stylish straw hat, which she held on to with her other hand. 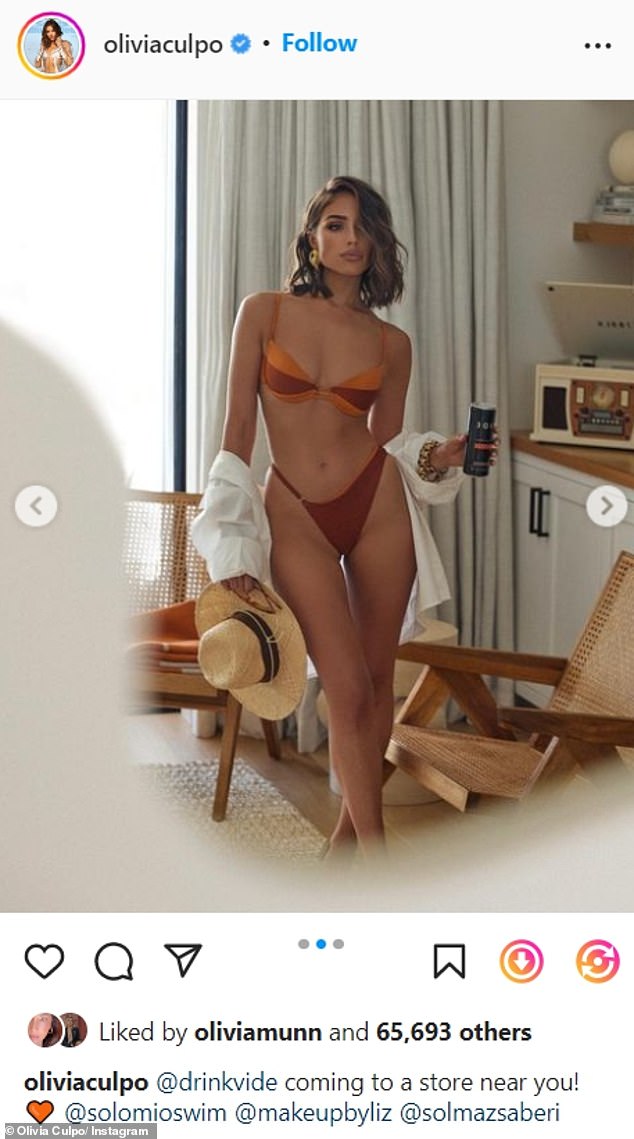 Promo push: The model, actress and entrepreneur showcased her fab figure in an orange and red two-piece while holding on to a can of Vide Beverages 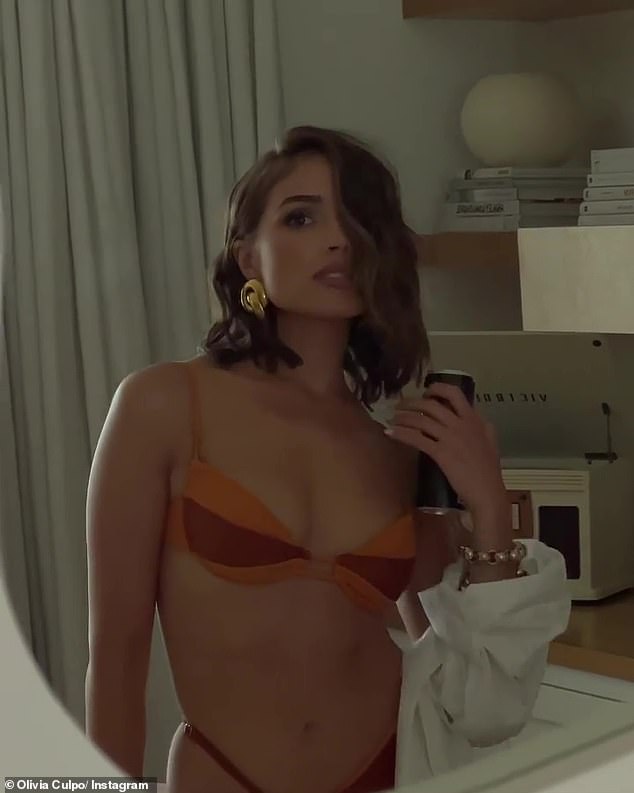 Working it: The former Miss Universe 2012 also flaunted her curves in a short video 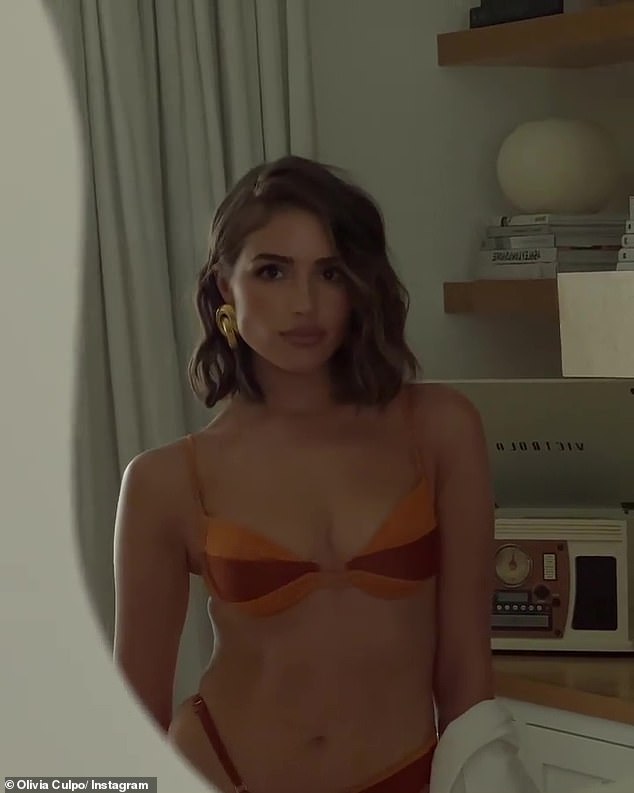 Stylin’: The Rhode Island native had her dark brown tresses styled in a slightly messy bob-cut

And on this day she had her dark brown tresses in a shoulder-length bob cut that was flipped to one side with a part on the right.

Culpo also showed off her toned figure by posing for a full-body photo of herself posing in the two-piece, and for a short video where she flashed a seductive stare towards the camera.

The in-demand model would also use her beloved dog Oliver Sprinkles for another shoot for the Solo Mio Swim Instagram page.

‘A little @oliviaculpo + @oliversprinkles on a Friday,’ it read in the caption. 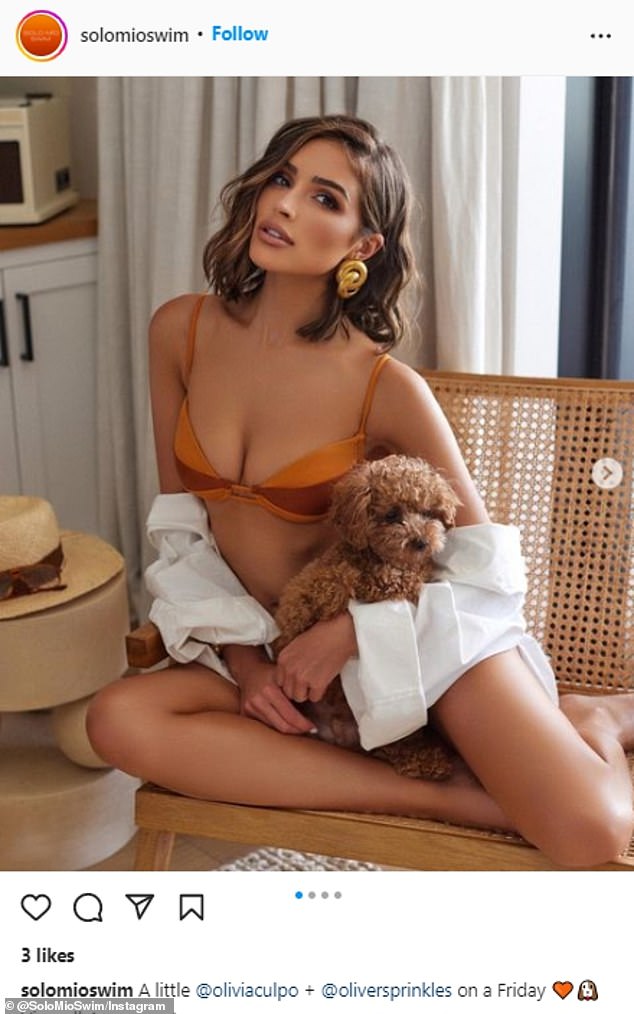 Another round: Culpo also struck a few poses in the same bikini for Solo Mio Swim while holding on to her beloved pet pooch Oliver Sprinkles 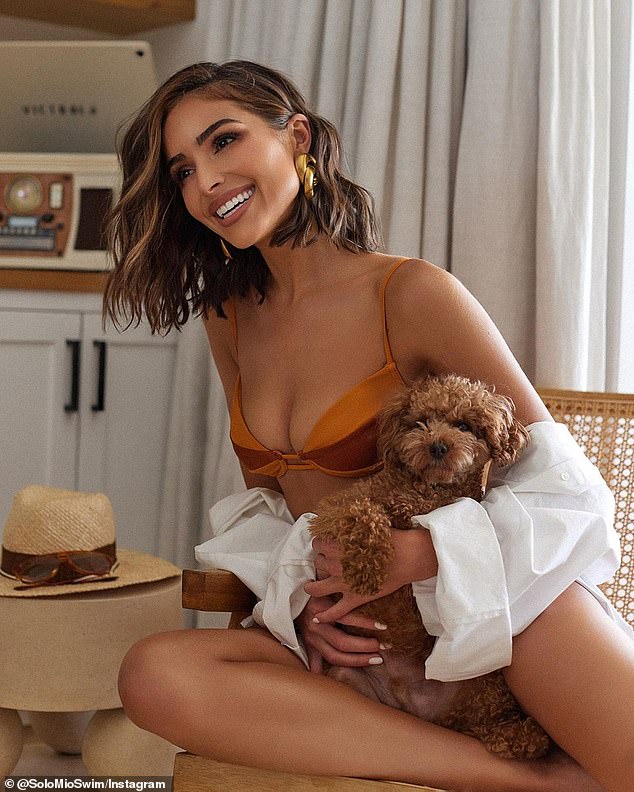 In all, the swimsuit company dropped four images of Culpo holding on to her furry four-legged family member.

Founded in 2019 by college friends Ryan Laverty and Sal Campisi, Culpo jumped on to the Vide Beverages bandwagon as a lead investor the following year, in part, because she likes that it has ‘minimal calories’ and consists of ‘clean ingredients’.

‘I am so passionate about VIDE because of the health-conscious aspect that will leave anyone feeling great,’ she told Forbes.

‘The guilt-free aspect of VIDE is what I am so happy to be able to provide to people. I always want to make sure any product that I am creating or promoting is truly something I am excited about.’ 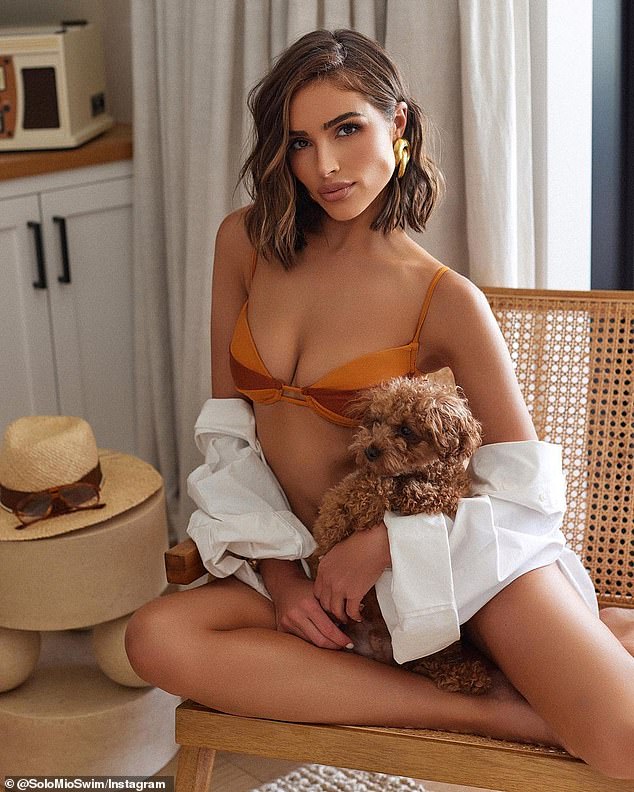 Relaxed: Culpo sat down in a chair with her dog for the second photoshoot 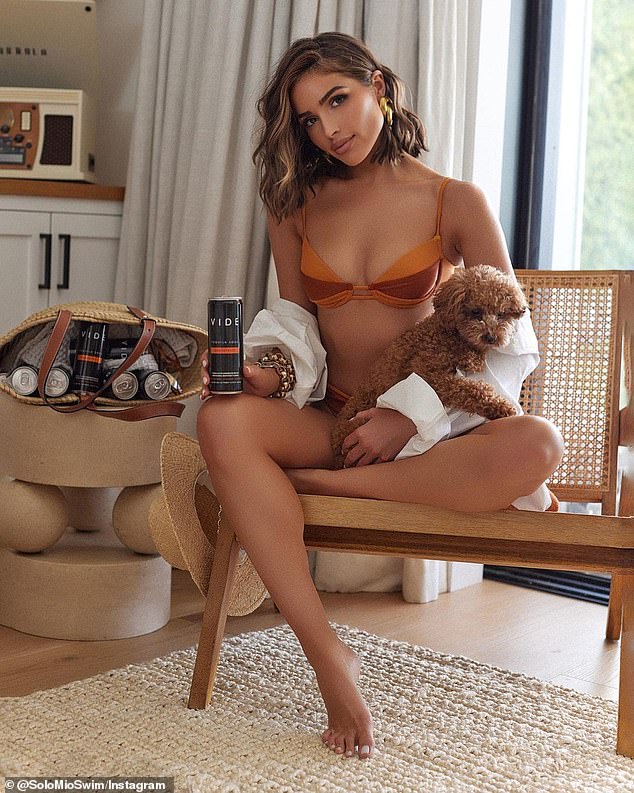 Entrepreneur: Culpo became a lead investor and creative director for Vide Beverages in 2020