All shook up! Elvis star Olivia DeJonge leaves little to the imagination as she flashes her $1400 Gucci underwear in a sheer pink dress at the AACTA Awards

She got her big break portraying Priscilla Presley in the Baz Lurhmann’s Elvis biopic.

And Olivia DeJonge, 24, turned heads at the AACTA Awards in Sydney on Wednesday.

The beauty stole the show as she flashed her $1400 Gucci underwear underwear in a sheer low-cut pink Gucci gown that highlighted her slender figure.

The willowy star teamed the dress with some snakeskin platform heels and dazzling diamond jewels from Bvlgari.

Olivia wore pale foundation but accentuated her eyes with pink eyeshadow which matched her dress. 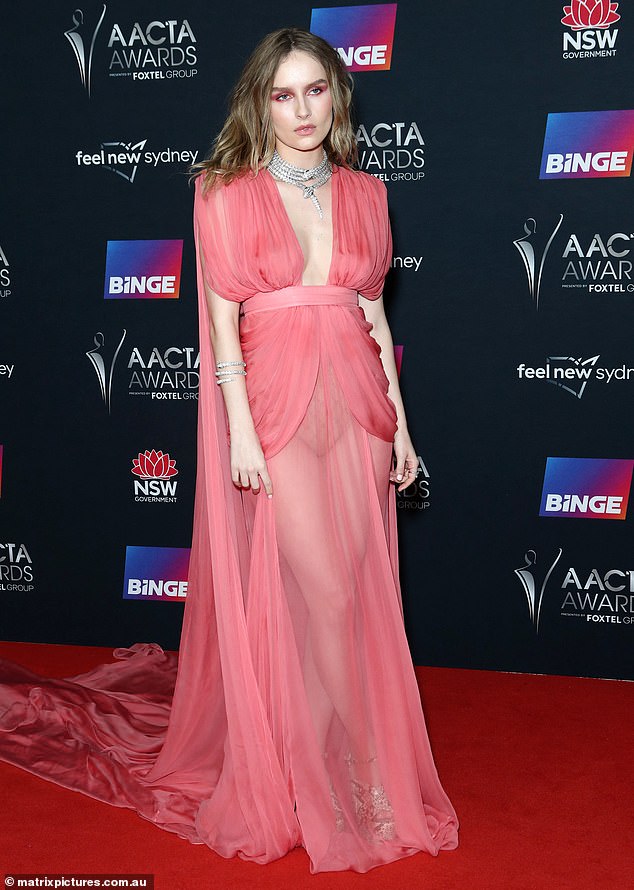 She wore her brunette tresses down and wavy, allowing them to cascade past her shoulders.

Olivia recently won GQ’s Woman Of The Year award thanks to her role in Baz Lurhmann’s Elvis.

She recalled how shocked she was when her agent informed her she landed the plum gig of playing Priscilla Presley opposite Austin Butler. 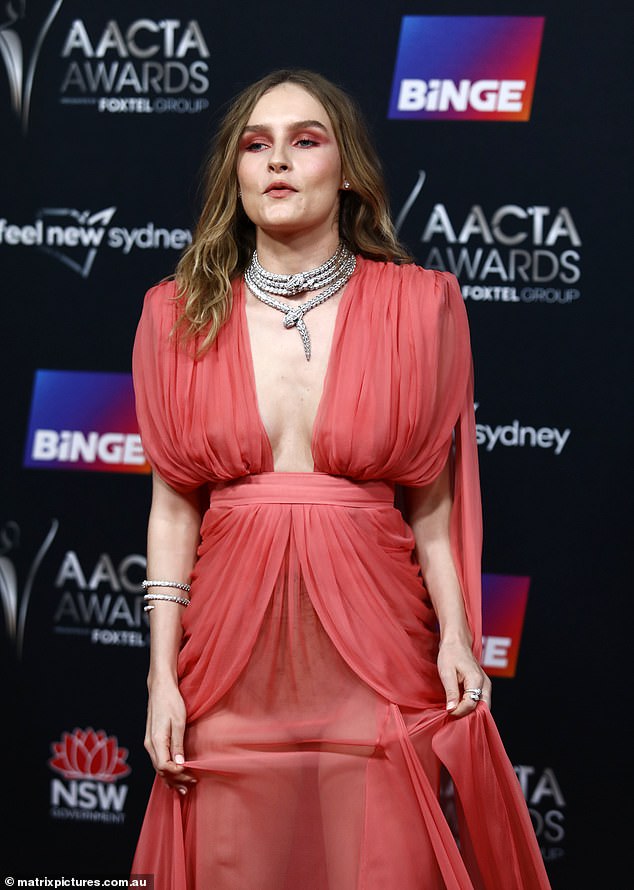 The star explained how she had sent an audition tape in early 2019 then heard nothing for three months.

Olivia and her agent were at a dinner when she received a text message saying she had landed the gig.

‘We were just so shocked and so excited,’ she told The Advertiser

‘The feeling I felt when I got it was a lot of surprise and I was just like here we go now we really need to start working.’

Olivia had the opportunity to meet Priscilla and even sat with her during the Cannes Film Festival where the movie premiered.

During the interview Olivia explained how she didn’t mind watching herself during this specific project. 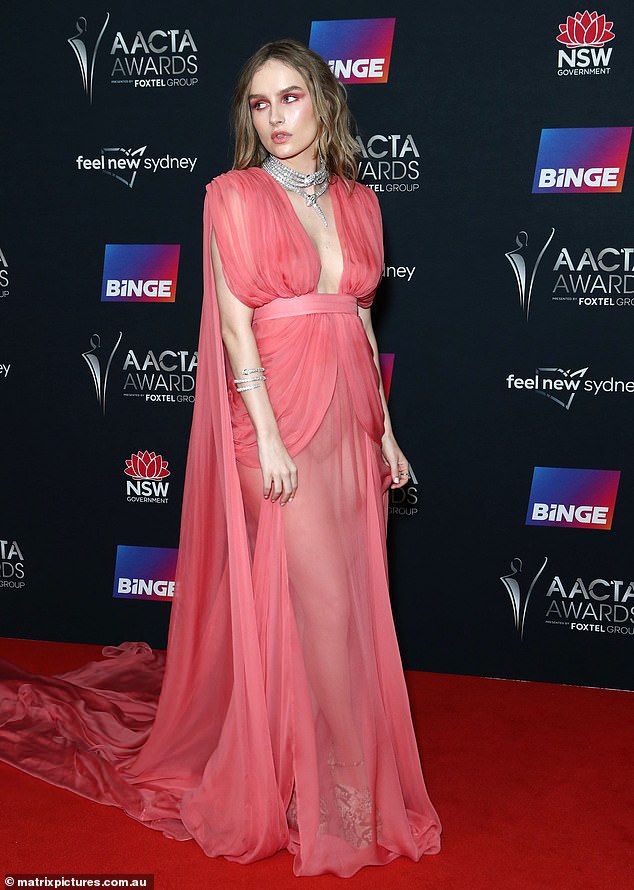 ‘My character isn’t the centrepiece of the film so there was a sense of… you could sort of separate yourself and a lot of time had gone by,’ she said.

‘Usually I will choose definitely not to.’

Olivia also explained her transformation into Priscilla was so big, it didn’t feel like she was watching herself. 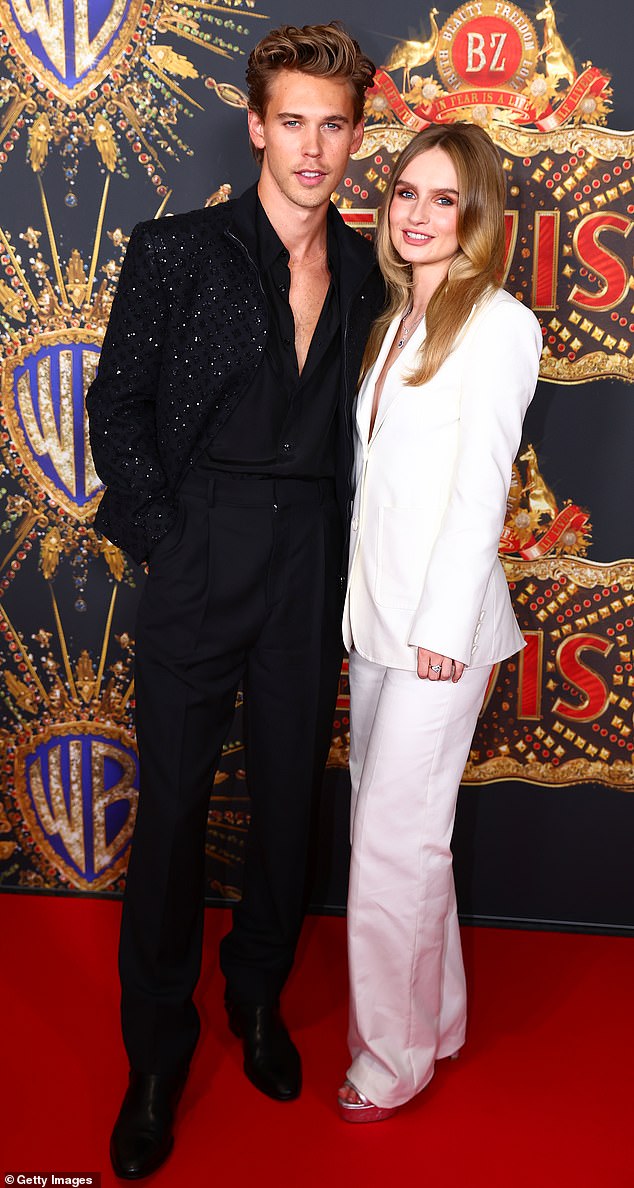 Olivia got her big break starring alongside Austin Butler in Baz Lurhmann’s Elvis. Both pictured