Olivia Munn appears to have hit back at online speculation about the timeline of her relationship with John Mulaney, refusing to ‘play the game’ and divulge details.

The Newsroom actress, 41, defended her privacy while explaining why she’s keeping silent about when the relationship began during an interview with the Los Angeles Times out Tuesday.

‘It’s definitely not foreign for me to have people speculate incorrectly about things and to have rumors run rampant in one way,’ Munn, who is expecting her first child with Mulaney, told the publication, later adding ‘It’s easier to blame me’ while opting not to pin down the dates.

Damned if you do, damned if you don’t: Olivia Munn refused to clarify the timeline of her relationship with John Mulaney, telling the LA Times ‘The only way to win, for me, is to pull back and to not play the game at all’

‘They think they know our relationship so well. When in reality, they don’t,’ Munn went on.

Then, seeming to dismiss breakup rumors, she referred to their relationship in the present tense, saying: ‘There’s no way anyone could know what any of his relationships were or what our relationship is.’

Munn said she wouldn’t be offering any more information, in hopes of not ‘feed[ing] into a narrative that’s just not true.’

She went on adding that people tend to ‘ignore really specific public signs and actions that completely contradict the false narrative.’

‘For whatever reason, it’s easier to blame me,’ the X-Men: Apocalypse actress went on, alluding to claims Munn and Mulaney may have began dating before his divorce from wife of six-years Anna Marie Tendler made news in May 2021.

Days later, he and Munn would go public. 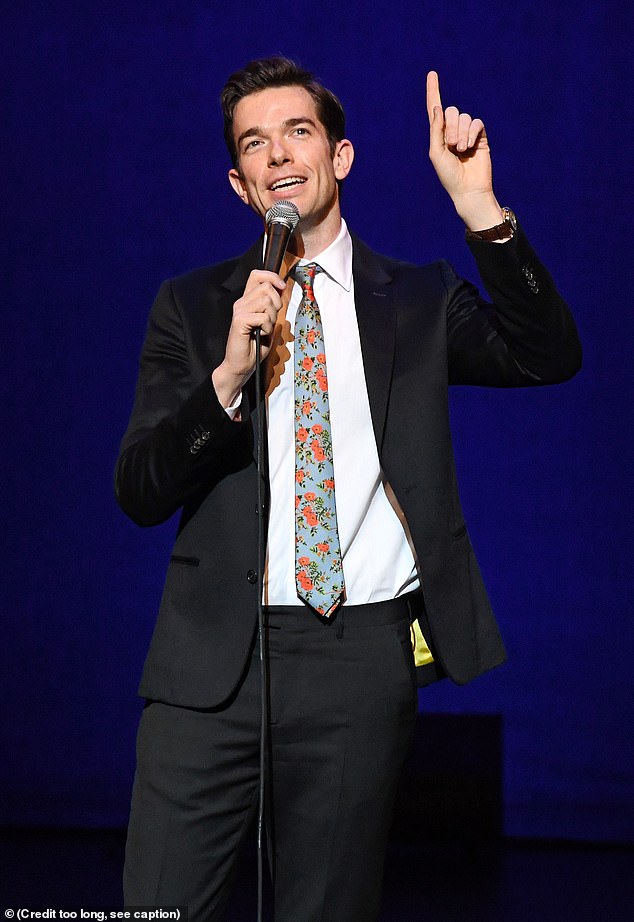 Quick: She and Mulaney (above 2019) went public just days after news he filed for divorce from his wife of six-years Nope: Munn said she wouldn’t be offering any more information, in hopes of not ‘feed[ing] into a narrative that’s just not true.’ They’re seen June 26th 2021 above

Furthermore, she imagined any clarification would only lead to ‘being called messy or not telling the truth.’

‘The only way to win, for me, is to pull back and to not play the game at all,’ Munn said.

John, 39, announced he and Olivia’s pregnancy on September 7, 2021 while he appeared on Late Night With Seth Meyers.

‘Then in the spring I went to Los Angeles and met and started to date a wonderful woman named Olivia…. And we’re having a baby together. Dad-to-be: John confirmed the pregnancy news on Seth Meyers on September 7. During that appearance he also offered a detailed timeline of his year – including his romance with Munn

‘I was nervous when I was about to say the news! Olive and this baby have helped save me from myself in this early journey out of recovery.’

Mulaney’s detailed timeline seems strategic, at least according to one Page Six insider who used to work with Munn as an agent.

‘I don’t think it’s any coincidence that John broke the news of Olivia’s pregnancy the way he did in terms of basically giving a timeline of his past few months — when he moved out of his house, how it was the spring when he fell in love with Olivia.’

‘It seems to me that he is going to great lengths to dispute the idea that he cheated.’

Since, Mulaney has moved to speed up his divorce from Tendler with a team team of lawyers. 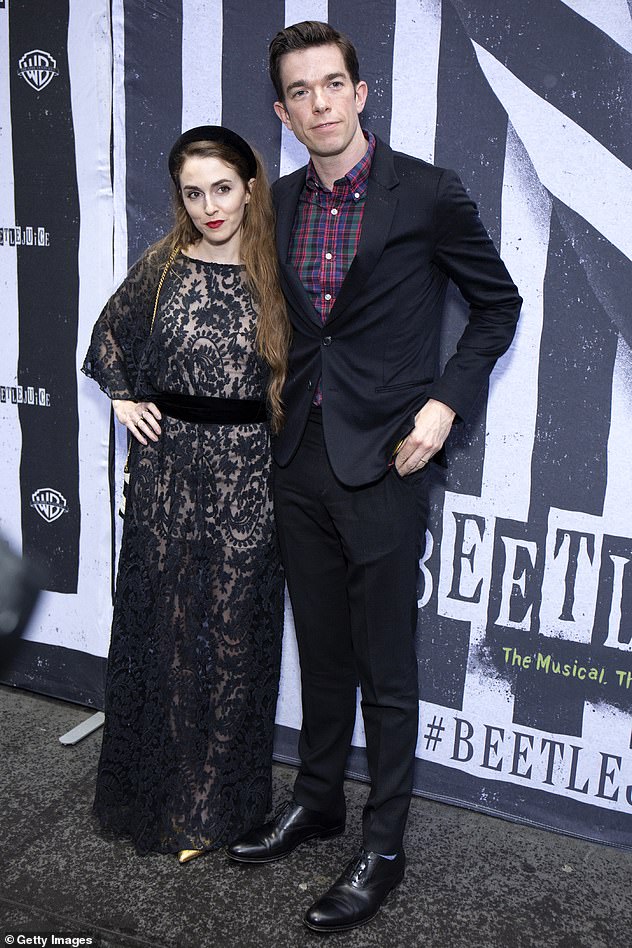 Speed up: Mulaney has taken on new legal representation in hope of speeding up his divorce from Anna Marie Tendler, seen together in 2019 above

‘John wants to speed things up and get the divorce done,’ one source said. ‘He’s becoming a father, so he switched to a new law firm with a reputation of being tough and efficient.’

Mulaney filed for divorce from Anna, his wife of six years, in May, following a 60-day treatment program last year for cocaine and alcohol abuse, and was in outpatient services in February.