Olivia Newton-John has opened up about her breast cancer battle in an emotional interview where the actress and singer vows to fight the disease.

The 71-year-old is battling breast cancer for the third time around and confessed she focuses on her gratitude for life when battling the debilitating disease this time around.

‘I’m happy. I’m lucky. I’m grateful. I have much to live for. And I intend to keep on livin’ it,’ Olivia said in an interview with CBS This Morning co-host Gayle King airing Sunday.

Fighting on: Olivia Newton-John has opened up about her breast cancer battle in an emotional interview with CBS This Morning co-host Gayle King 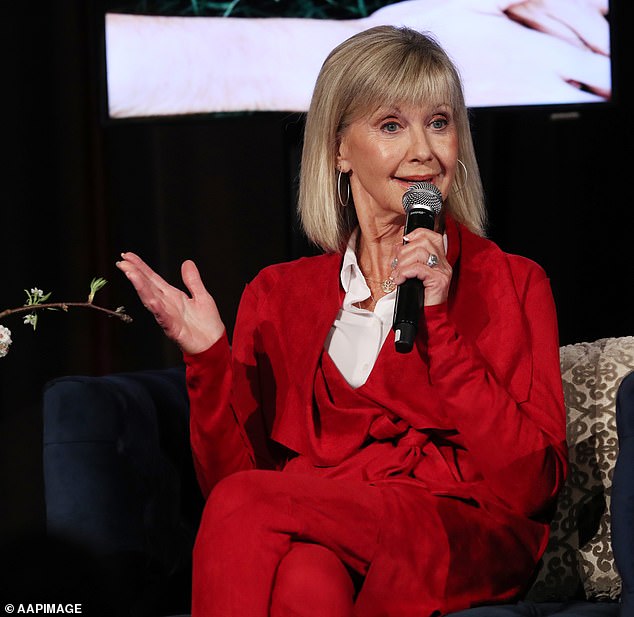 Heartbreaking: The 71-year-old was diagnosed with stage 4 breast cancer in 2017, making it her third time she would have to battle the disease 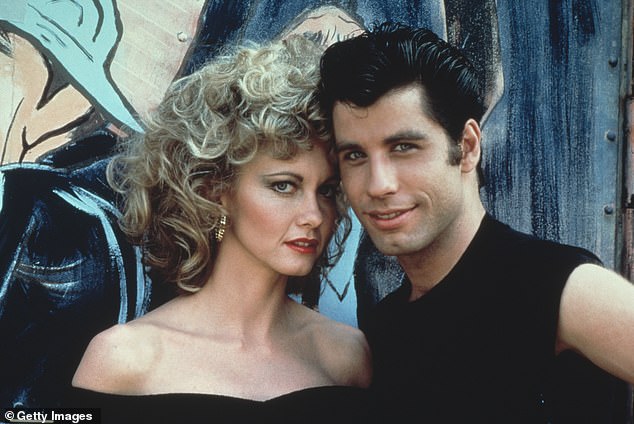 Star power: The actress and singer is known for her role as Sandy in Grease

The Austarlian native is known for her acting roles in films like Grease and for singing hit songs like Let’s Get Physical.

But between jobs, Olivia has battled her breast cancer diagnosis, which she received in 2017. Prior to that, Olivia was also diagnosed with the disease in 1992 and 2013.

Although the cancer keeps recurring during multiple stages of the actress’ life, she said she felt no anger about the diagnosis.

‘No. “Why me,” has never been a part of it,’ Olivia said. ‘But I never felt victimized. I never felt, “Why not?” Maybe deep down I knew there was a reason or a purpose for it, or maybe I needed to create one to make it OK for myself. Because it’s — again, it’s a decision, “How am I gonna deal with it?”‘

Olivia was asked by Gayle about when she received her stage 4 breast cancer diagnosis in 2017.

At the time, the actress said she didn’t pay attention to any percentages or statistics when hearing the news.

‘In my opinion, if they give you a percentage, or you know, “This many women get this and they live this long,” you can create that and make it happen,’ Olivia said.

‘It’s almost like — I think I know what the statistics are. And if, and, but I put them away. But I’m gonna live longer than that. I’ve made that decision. And I don’t buy into the statistics because I think they can make you really nervous.’ 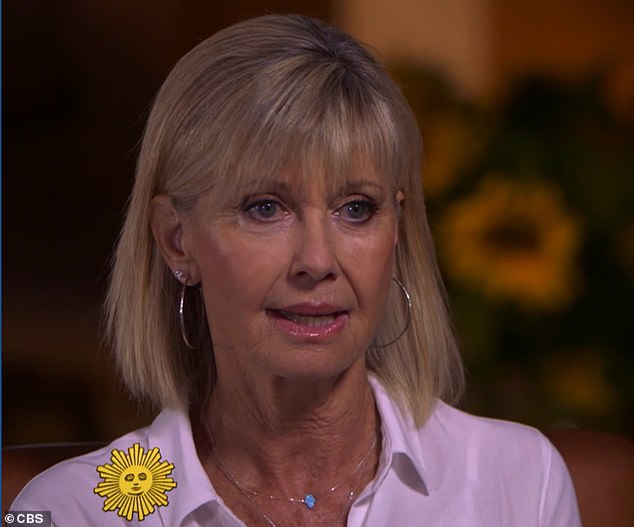 Different mindset: This is Olivia’s third cancer diagnosis, but the actress told CBS Morning News she never paid attention to any statistics about her prognosis 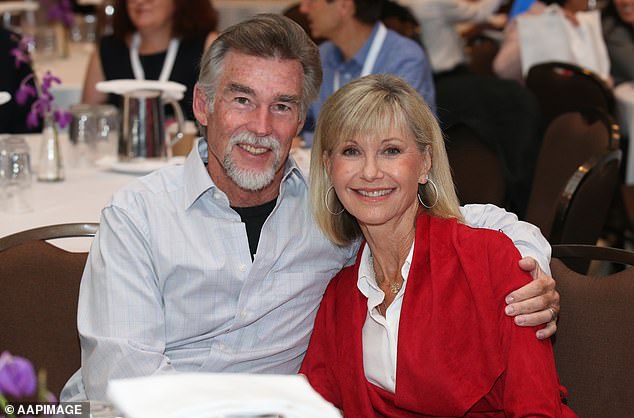 Fighting together: Olivia (right) uses medical marijuana grown by her husband John Easterling (left). She said the marijuana has helped her manage her severe pain 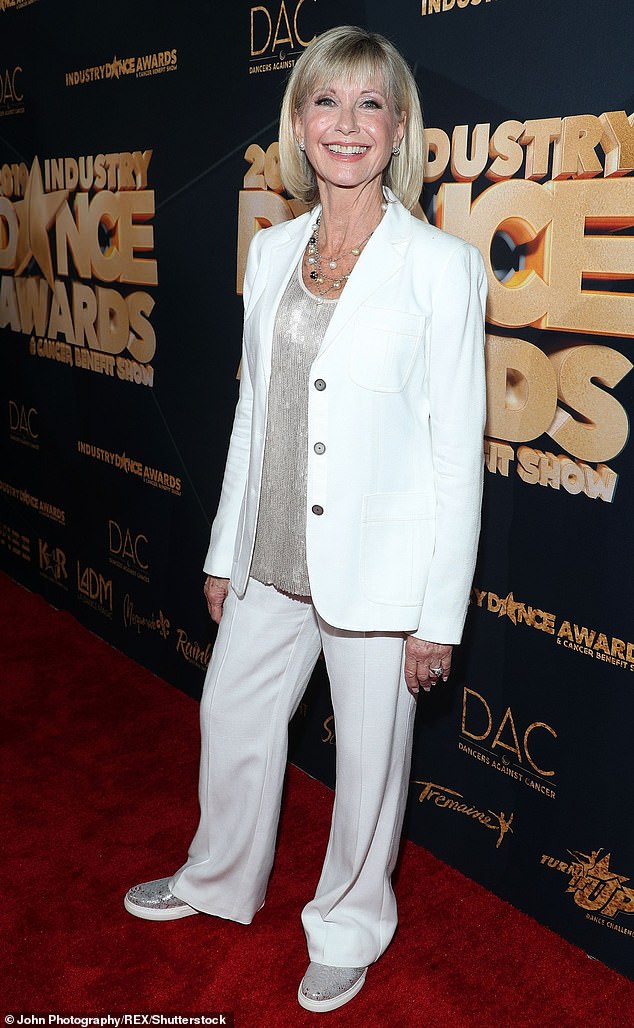 The diagnosis: Olivia’s cancer is manageable but not curable because it’s metastasized, or spread, to other areas of her body

Stage 4 breast cancer means the cancer has metastasized, or spread, to other areas of the body away from the breast tissue.

Most commonly the disease will spread to the bones, liver, and lungs. But it can also spread to the brain or other organs in the body, according to Cancer.org.

Although the disease is manageable for many years with proper treatments like radiation and chemotherapy to shrink the tumors, it is not curable.

Because of the diagnosis, Gayle wanted to know if Olivia ever thought about her own death.

‘You have to think about it, I mean, it’s part of life,’ Olivia candidly told the host, adding: ‘And, of course, if you have a cancer diagnosis — your death is kind of there. Whereas most people, we don’t have a clue when we’re gonna die.

‘And I could die tomorrow. A tree could fall on me. So, it’s just that we have that knowledge that we could die. But I’m not — I try not to think about it too much. But I try to meditate and be peaceful about it and know that everyone I love is there, so there’s something to look forward to.’

Olivia has been a big proponent of using medical marijuana to help relieve some of the pain she’s experienced when fighting the cancer. A route, she says, that helped improve her quality of life.

Recently she attended the 2019 Cannabis Science Conference in Portland, Oregon, to discuss her personal journey with using marijuana to manage her pain.

‘When I started taking [marijuana] my pain level got so much less and [more] manageable. I was more mobile, I was sleeping. It took a lot of anxiety away,’ she said at the time.

Olivia reiterated her stance on using medical marijuana when speaking to Gayle, saying it helped ease the ‘crying kind of pain’ she was experiencing from her cancer.