The singer, 38, shared an impressive before and after picture to showcase his weight loss on Instagram.

The first image was taken five months ago after Olly’s recent leg operation and the second is a new photo taken of the Voice judge looking happier than ever and showing his leaner physique.

Before and after: Olly Murs confidently showed off his muscular physique on Thursday in body transformations social media snaps

Alongside the post, he penned: ‘Put ya positive pants on and tackle the day. Facts are my knee won’t ever be back to normal but it won’t stop me from bouncy around on stage or in life. You know who I am and I ain’t stopping for no-one! Hope ya ready for the madness cos I am.’

Olly previously opened up about deciding to get in shape after being inspired by his bodybuilder fiancée Amelia Tank.

He told The Sun : ‘I’m 37 years of age and this is the best I’ve ever looked. I’ve never had a body like this in my life. 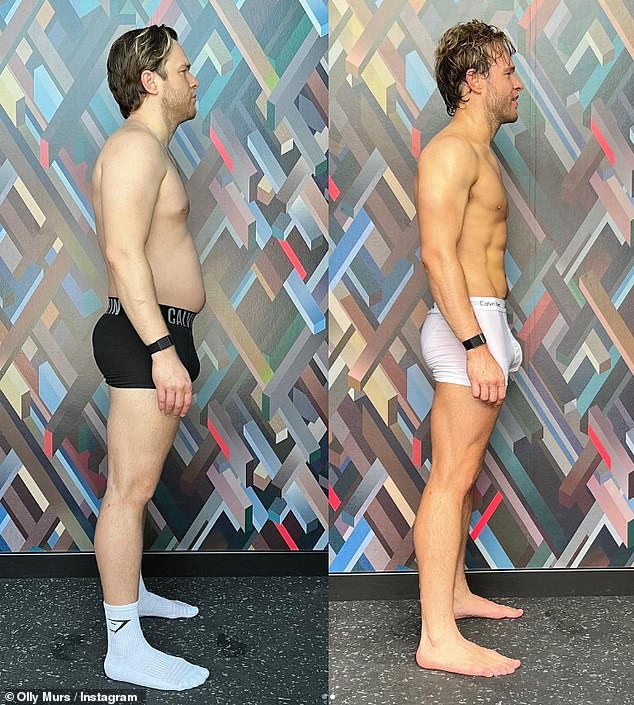 Transformation: The singer, 38, shared an impressive before (left – taken five months ago) and after (right) picture to showcase his weight loss on Instagram

He added: ‘Amelia really inspired me to make my body the best it can be. We’d get up in the morning, do a HIIT [high-intensity interval training] session and go for runs together.

‘I enjoyed pushing myself, fighting the devil on my shoulder telling me to get in my car and drive to McDonald’s.’

The star said he decided to change his lifestyle at the start of the year after looking in the mirror and thinking: ‘f**k me, I look massive’. 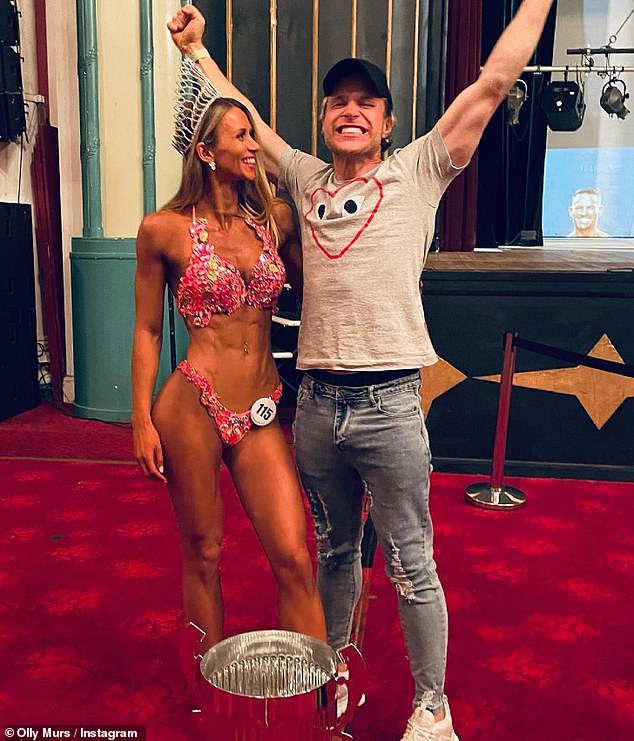 Support: Olly previously opened up about deciding to get in shape after being inspired by his bodybuilder fiancée Amelia Tank

The couple had been enjoying a romantic beach break when Olly popped the question and shared the happy news on Instagram.

Amelia shared a video of the sweet moment on her feed, with the bodybuilder seen leaping into her fiancé’s arms before planting a kiss on him.

The couple captioned their posts: ‘04.06.2022 [ring emoji]’ while adding their partner’s name with a love heart emoji.

Olly recently said Amelia was ‘The One’ after a ‘make or break’ holiday at the beginning of their relationship.

The X Factor star, who has been dating bodybuilder Amelia since 2019, revealed that their first official holiday together – a two week trip to Morocco – sealed the deal.

He told New magazine: ‘We both definitely knew. After two or three days, me and Amelia looked at each other and said, “yeah, this is kind of it now, isn’t it?” We both told each other that we loved each other.’

Olly continued: ‘When we came back from that trip, Amelia said, “I knew straight away that you were who I was going to spend the rest of my life with”, and I said the same.’

The singer also admitted that he believed settling down was a ‘big thing’ and ‘fought against’ finding love for so long until Amelia came into his life. 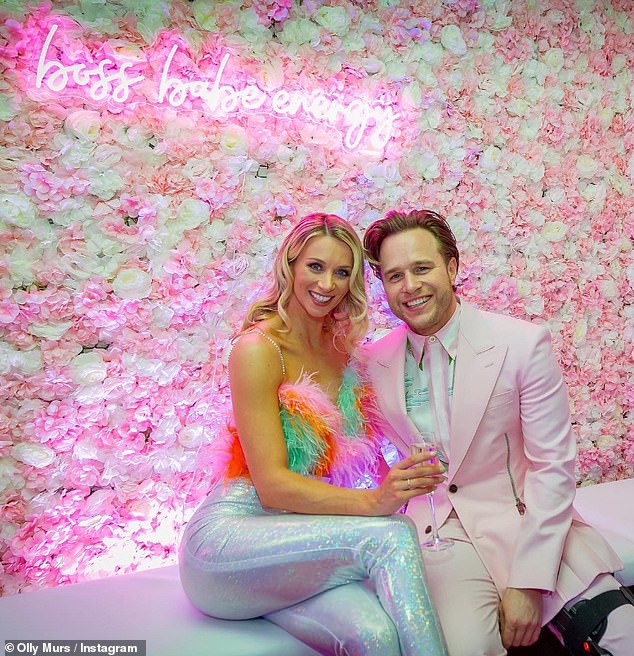 Happy: The couple had been enjoying a romantic beach break when Olly popped the question and shared the happy news on Instagram