Olympic athletes like me should be free to take the knee if they want, Team GB Dina Asher-Smith says

Team GB track star Dina Asher-Smith has insisted Olympic athletes should be free to take the knee amid fears Games bosses will seek to punish those who do.

The International Olympic Committee have bumbled their way through that important issue, with the belated concession this month that athletes can ‘express their views’ before and after competing, but not on the podium.

It remains to be seen if anyone tests the limits of those regulations by taking a knee during a medal ceremony, but Asher-Smith has made a thumping contribution to the wider debate.

She branded the podium ban ‘unenforceable’ and said she sees ‘protesting and expressing yourself as a fundamental human right’.

‘If you were to penalise someone for standing up against racial inequality how on earth would that go, how on earth are you going to enforce that? Would you revoke someone’s medal for saying racism is wrong?’ she said.

‘How would you police that, particularly when people feel so strongly about that right now? How would that go optically? I see it as completely unenforceable.’

Asher-Smith did not clarify whether she would take a knee in the event that she wins a medal across her 100m, 200m and relay campaigns. But the 200m world champion was resolute that she would not be silenced.

The IOC has not detailed how athletes who defy the ban will be punished, but said they will face disciplinary action.

Athletes will be allowed to take a knee before play begins to highlight racial injustice, speak to the media and post online about their views, or wear clothing with a protest slogan at a press conference.

But political statements during events, victory ceremonies and at the Olympic Village are still off the cards, the IOC said.

‘I didn’t know that,’ Asher-Smith said in response to hearing that a podium protest ban remains in place.

‘When it’s something so close to your heart — particularly for me that topic would be racism, as a black woman you think about racism — I just think you can’t police people’s voice on that.

‘Some of the Olympics’ most iconic moments have been the black power salute by Tommie Smith way back (in 1968).

‘That is something people remember the Olympics for, something they’re very proud to see at the Olympic Games.

‘So to think they’re suddenly going to get up and say “absolutely not”, I think they’d be shooting themselves in the foot.’ 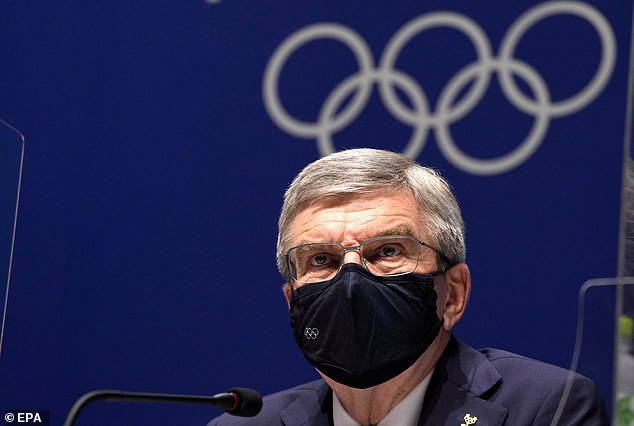 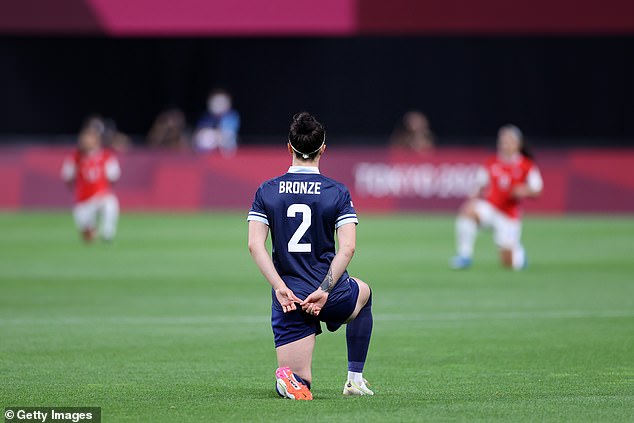 It comes after the US and Team GB women’s football teams took the knee during their opening matches in the Olympics on Wednesday.

All players took part in the gesture prior to kick-off between four-time Olympic champions the US and Sweden in Tokyo, an hour after Team GB and Chile did likewise in Sapporo.

New Zealand also took the knee in their match against Australia at the Tokyo Stadium while their opponents did not.

However, the Australia players held the country’s indigenous flag when they posed for their pre-game team photo.

Taking the knee, which has become widely used in the Premier League since the Black Lives Matter protests last year, proved controversial in the Euro 2020 tournament with some fans booing the gesture.

Black players in the England men’s team were subjected to a storm of online racist abuse this month after their final defeat, drawing widespread condemnation from the squad’s captain, manager, royalty, religious leaders and politicians.

A source told The Guardian the IOC’s stance was odd considering its celebration of former protests at the Games including the iconic image of Tommie Smith and John Carlos raising their fists in solidarity with black people in 1968. 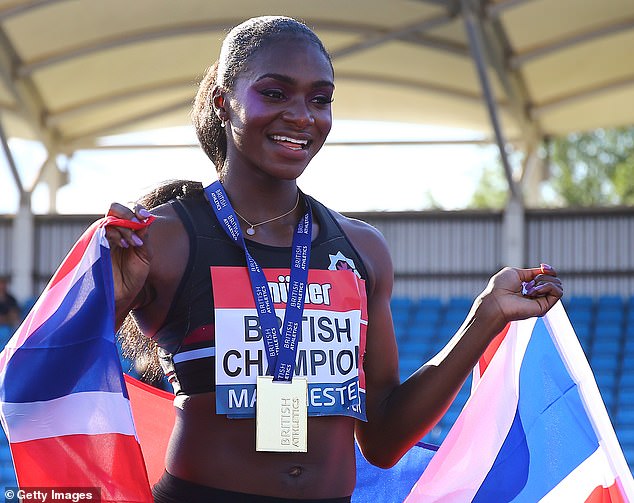 Asher-Smith has also caused a stir among sprinters of the world, saying she is read to ‘let loose’ at the Games in a three-pronged medal pursuit.

The question of whether the 25-year-old can get on a podium here and become Britain’s first female sprinter to win an Olympic medal since Dorothy Hyman won 100m silver and 200m bronze at Rome in 1960, is one of the most fascinating subplots for Team GB.

Asher-Smith’s 200m world title and 100m silver from 2019 are proof of her ability to navigate the rounds of a championship, and it is notable she has 12 wins from 12 races in 2021, but it is undeniable the clock favours many of her rivals.

In the 100m standings this year she ranks ninth with a season’s best of 10.91sec — well down on the 10.63 world lead belonging to Shelly-Ann Fraser-Pryce — and she has an identical standing with her mark of 22.06 in the 200m, albeit on the back of only two races. Asher-Smith is unconcerned. 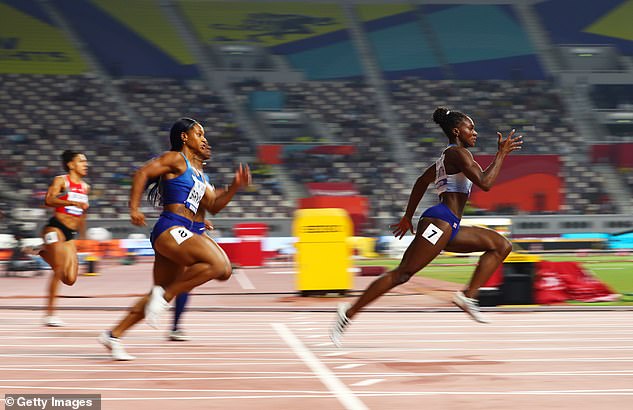 She said: ‘Everybody has their predictions written down on paper, but we don’t run on paper, we run on the track. People always run fast — that’s the sport. It’s the championships that really matter.’

She added: ‘At Heathrow loads of the BA people said, “Are you nervous?” I was like, “No, what is there to be nervous about?”

‘This is on a different scale but I line up for a race and I’ve done that since I was eight years old and I’m very, very good at it. I love a show, I love a stage, I love putting together a great performance when the lights are really on.

‘That’s just part of me. My coach (John Blackie) always tells me to quell my excitement until the championships then let it loose. You’ll see more energy from me now.’ 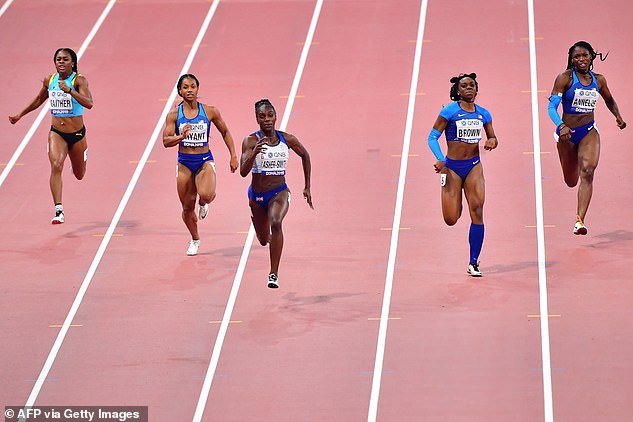