An Olympic hopeful has been placed into a coma after a horrific BMX accident.

Kai Sakakibara, 23, suffered severe head injuries when he came off his bike at the Bathurst Supercross World Cup round in regional New South Wales on Saturday.

He has been placed in an induced coma after brain surgery as his family anxiously surrounds his bedside.

The 23-year-old underwent surgery at the Canberra Hospital on Sunday morning to relieve pressure on his brain.

Kai Sakakibara (pictured with his sister Saya), 23, suffered severe head injuries when he came off his bike at the Bathurst Supercross World Cup round in regional New South Wales on Saturday 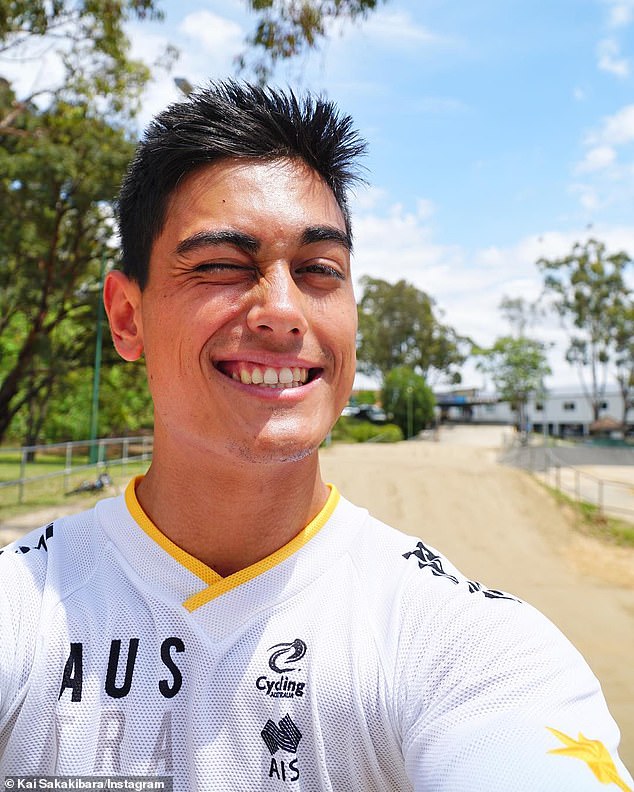 He is in a critical but stable condition, and is expected to remain in a coma for the next fortnight.

Sakakibara is ranked among the world’s top-10 riders in recent years, and was hoping to make his Olympic debut with his younger sister Saya in Japan this year.

The two have Japanese heritage, having spent part of their childhood their after being born on the Gold Coast.

His family has surrounded his bedside where they are asking supporters to keep the rider in their thoughts as he recovers.

‘We understand the road ahead will be a long and difficult one, we are staying positive and taking things day by day,’ a statement from Sakakibara’s family read on Wednesday.

‘There isn’t much we can do at this point, but Kai needs your support and your positive energy sent his way.

‘Please keep thinking of Kai … and stay with us on his journey for the months ahead.’

Sakakibara fell on the second corner during his opening-round heat at a World Cup event in Bathurst and was treated on site by paramedics and a doctor before he was airlifted to hospital.

The event was called off for the day after the men’s first round heats because of wind and rain.

Sakakibara’s parents Martin and Yuki said their son’s BMX career was ‘on hold for now’ as they focused on his long-term rehabilitation.

‘We would like to thank everyone for the kind messages, prayers and thoughts regarding Kai,’ they said.

‘It’s amazing to know he has touched so many people.’ 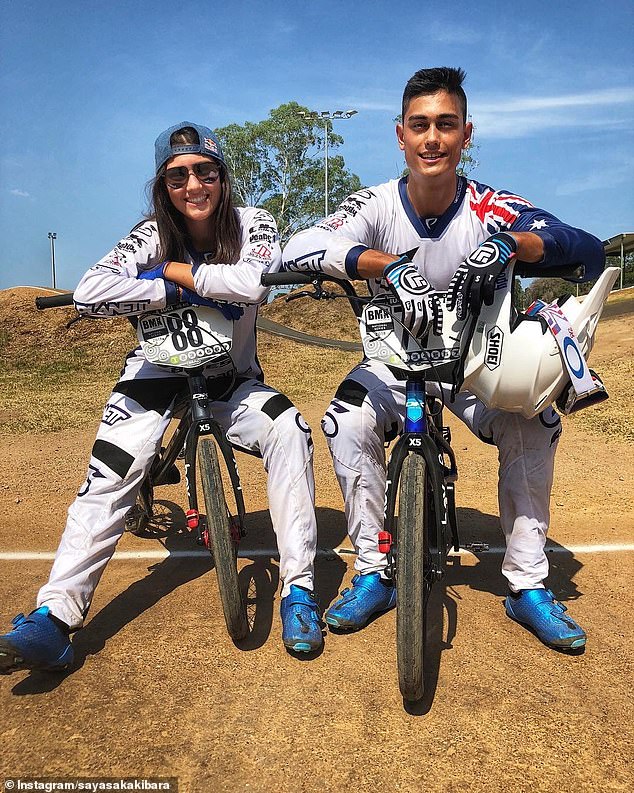 Kai Sakakibara (pictured with his sister Saya) is ranked among the world’s top-10 riders in recent years, and was hoping to make his Olympic debut with his younger sister Saya in Japan this year

Followers have been using the hashtag #KaiFight77 to show their support for the rider as he fights for his life in hospital.

Among the messages of support are wishes from Cycling Australia and the Australian Olympic Team.

Sakakibara posted a tough criticism of his performance at the SuperCross opener a week earlier ahead of the race in Bathurst.

‘I was overexcited, over-tried, and consequently underperformed. I added pressure when I didn’t need to, and it felt like I buried myself this past weekend,’ he wrote.

‘Tough one to swallow, but luckily I’m healthy and I get another chance to redeem myself this weekend in Bathurst. Taking a couple of deep breaths to reset and I’ll be back ready to go again in a few days time. Thank you all for the continued support! Looking forward to seeing you in Bathurst.’

The rider’s excitement about returning to his country of heritage to compete at an elite level with his sister by his side was reflected inan open letter to Saya published to Exclusive Insight in 2018.

‘Ever since we saw BMX in the Olympics for the first time in 2008, it has been our dream to race at the Olympics – the newly established pinnacle of the sport,’ he wrote.

‘Representing Australia at any Olympics will be special but going back to Japan will be extra.’

Sakakibara began racing as a four-year-old, moving to Tokyo in 2000 and collecting multiple national titles before returning to Australia in 2008.

He continued to show promise in the sport, claiming the Japanese national championships in 2004, 2005 and 2006 and finishing sixth in the world championships.

The family returned to Australia 12 years ago where he joined the Southlake Illawarra BMX Club, the base for a string of national and state titles.

Sakakibara had his best season in 2017, where he made his first and second World Cup finals before finishing the year ranked ninth in the world. 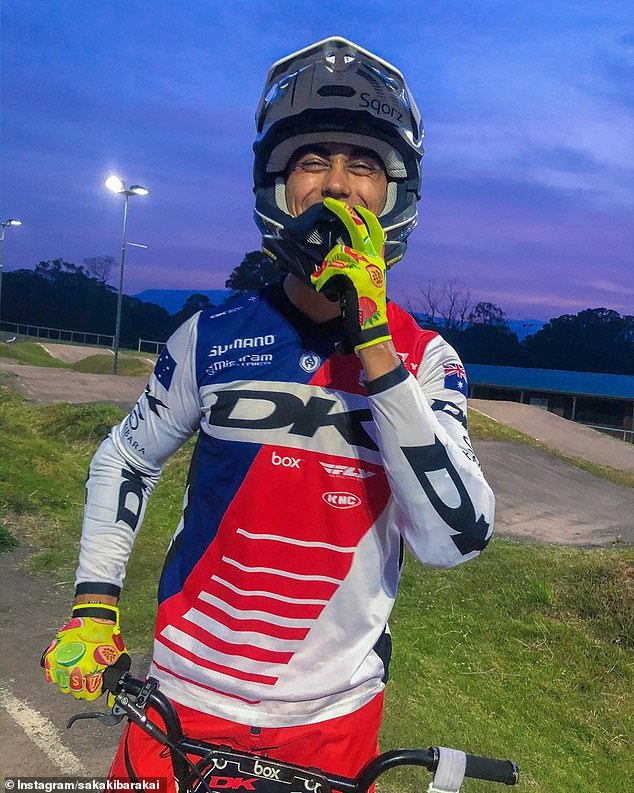 Sakakibara had his best season in 2017, where he made his first and second World Cup finals before finishing the year ranked ninth in the world