World champion kayaker Nathan Baggaley and his brother have been found guilty of trying to import 650kg of cocaine – worth up to $200 million – into Australia.

Olympic silver medallist Nathan Baggaley, 45, and his younger brother Dru Baggaley, 39, were accused of trying to import the illegal drug on a boat.

After about eight hours of deliberating a Brisbane Supreme Court jury found both men guilty on Thursday.

Nathan Baggaley’s career was tarnished with drug scandals like testing positive for banned steroids in 2005 and then being jailed, with brother Dru, 10 years later for his role in a drug manufacturing syndicate.

Dru Baggaley and another man Anthony Draper – who earlier pleaded guilty to his involvement – got the cocaine from a foreign boat hundreds of kilometres off the NSW coast in 2018. 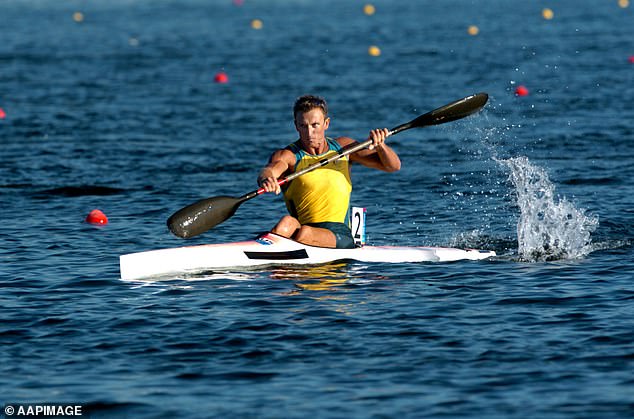 The pair left the mainland about 9.30pm on July 31 travelling about 11 hours on a rigid-hulled inflatable boat (RHIB) bought months before by Nathan Baggaley.

During a brief rendezvous, black bundles of cocaine – valued at between $100 million and $200 million – were tossed from the large foreign vessel and loaded onto the RHIB.

They were arrested before reaching the shore, but after being chased by a navy patrol boat that had ordered them to stop.

Footage viewed during the trial showed Draper behind the wheel of the RHIB trying to outrun authorities, while Dru Baggaley ditched packages of cocaine into the ocean.

The jury rejected Dru Baggaley’s claims that Draper asked him to buy and prepare a RHIB to meet a ship from Indonesia that would bring tobacco to be sold in Australia.

Dru Baggaley told the court Draper insisted he get on the boat when the pair were at the Brunswick Heads boat ramp on July 31.

‘(Draper’s) basically said … I’m going to be held responsible for all this s*** and people are going to come after my family and me if I don’t come on board,’ Dru Baggaley said.

But Draper told the jury he was the one recruited by Dru Baggaley for a voyage to pick up ‘smoko’, which he thought was cannabis.

The 56-year-old NSW man was testifying as part of an undertaking made when he admitted his involvement in the bungled smuggling attempt.

Nathan Baggaley also played a key role in the smuggling attempt by buying the $100,000 RHIB, equipping it with a navigation system and a satellite phone and taking it to the Brunswick Heads boat ramp. 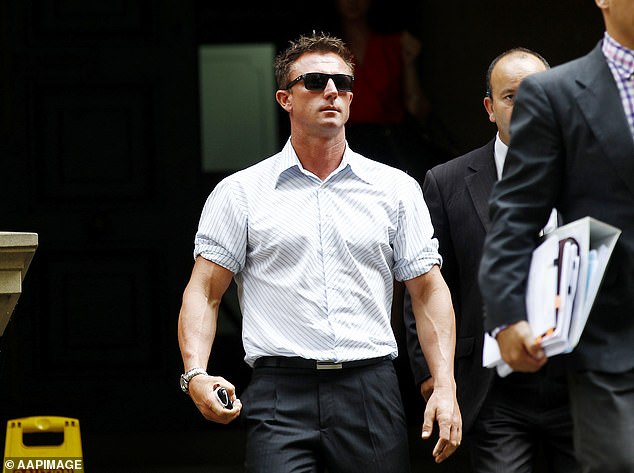 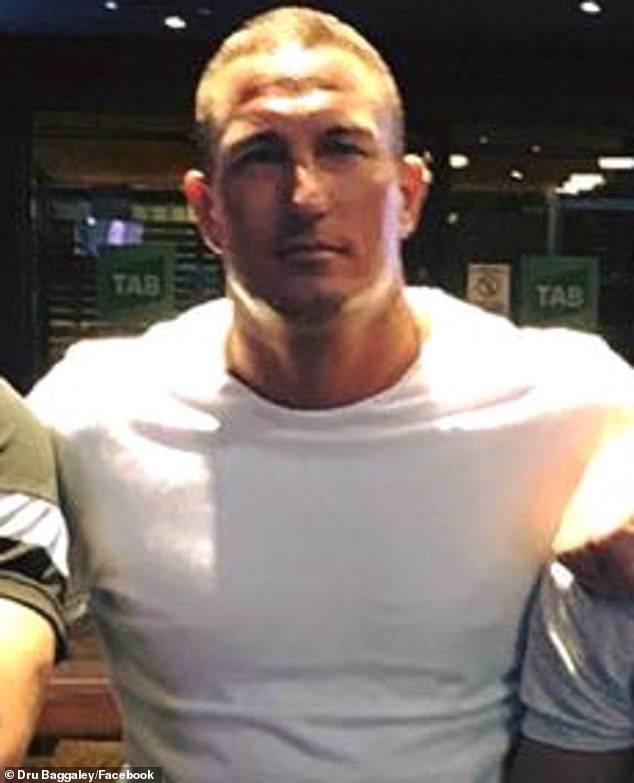 The prosecution also argued Nathan Baggaley covered the RHIB’s registration number in heavy duty black tape and planned to meet the cocaine-laden boat on its return.

The Crown claimed Nathan Baggaley communicated or tried to communicate with his brother at sea using the pseudonym ‘Thunderbutt’ saying: ‘I’m on standby, ready’.

The jurors rejected Nathan Baggaley’s claim that he wasn’t Thunderbutt and had ‘no suspicions it (the RHIB) would be used for anything like this’.

The bungled smuggling attempt resulted in 587kg of cocaine being recovered by the navy ship, while bundles continued to be recovered on Queensland’s coast as far north as Yeppoon for months afterwards.

The brothers were both found guilty of attempting to import the commercial quantity of a border controlled drug at Coolangatta on the Gold Coast between December 2017 and August 2018.

Draper was sentenced in February last year to 13 years behind bars after pleading guilty to the same charge.

The sentencing judge ordered Draper be eligible for parole after four years and three months in jail.

The Baggaley brothers will be sentenced on a date yet to be decided.