Olympic swimmer Cate Campbell has revealed some blondes on the team keep their hair from going green after time in the pool by using tomato sauce.

The 28-year-old from Brisbane says many women wash their hair in ketchup to keep it from being stained by the chlorine.

Cate is a brunette and said she is fortunate to have never had to use the DIY treatment before, but her sister Bronte, who is also an Olympic swimmer has. 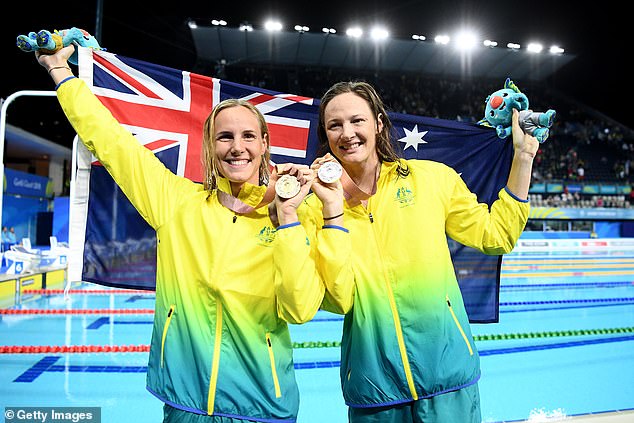 Cate is a brunette and said she is fortunate to have never had to use the DIY treatment before, but her sister Bronte (left), who is also an Olympic swimmer has

T here are lots of metals in the water, like copper and magnesium, and these are oxidised by the chlorine and then absorbed into your hair. That greenish tinge is mainly from the copper.

It’s also absorbed into dark hair but it’s much more obvious in lighter or blonde hair. You’ll notice that dark hair usually becomes dull and flat after a lot of swimming.

When your hair is green, you need to neutralise it with red. But finding a red toner that won’t colour your hair can be difficult.

That’s why tomato ketchup is your quick and easy solution.

Would you wash your hair with ketchup to stop it from going green?

Cate revealed the beauty hack while speaking with Nova’s Fitzy and Whippa on Tuesday.

‘Her (Bronte’s) hair used to turn bright green,’ she revealed.

‘The other method was to wash your hair with eggs, but my sister tried that but she had a hot shower so it just scrambled the eggs,’ she said.

Cate has been to three Olympics for Australia and will be heading to Tokyo for her fourth Olympics on July 23. 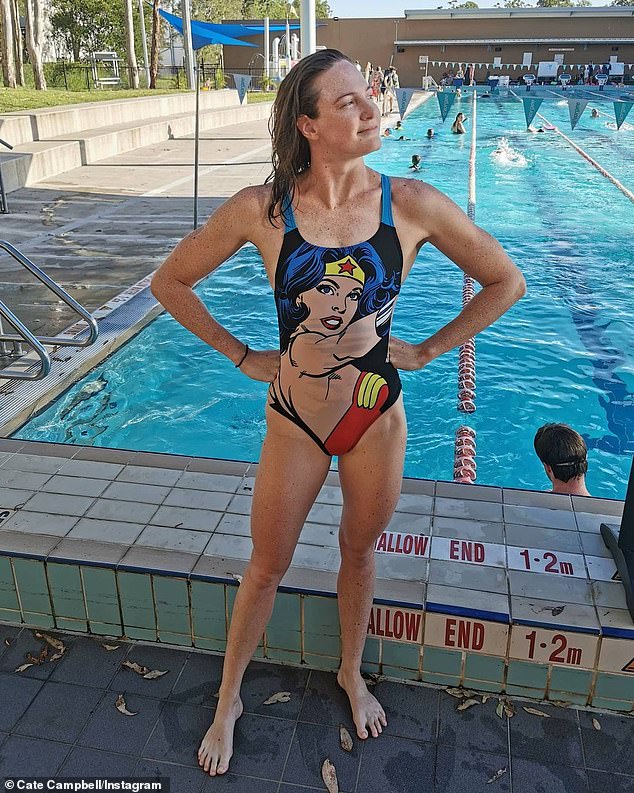 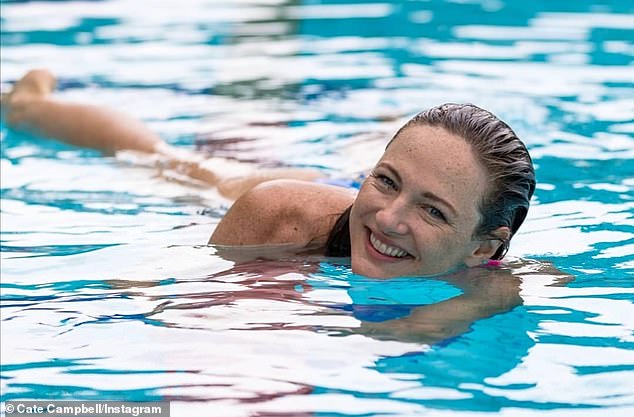 She also revealed her carb-heavy Olympic meal prep and post-race dinner on the show.

Before she swims she is too excited, so eats ‘plain pasta with a bit of salt’ .

Cate is one of the most experienced Olympic swimmers on the team. 21 of the 35 swimmers heading to Tokyo have never been to the Olympics before.

Who is Cate Campbell?

She was born in Malawi to South African parents and has four younger siblings, including Bronte who is also an Olympic swimmer.

Cate took up competitive swimming after her family moved from Malawi to Australia in 2001. 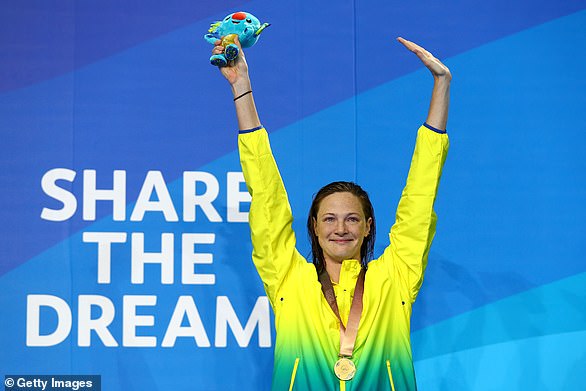