On-duty Vermont cop, 58, shoots dead his ex-girlfriend, 51, and then himself in murder-suicide

Vermont cop, 58, shoots dead his ex-girlfriend, 51, while on duty then turns the gun on himself after failing to rekindle their relationship

An on-duty police officer this week shot dead his ex-girlfriend and then himself, after trying to get back together with her while still married to another woman, Vermont State Police have revealed.

Police were called to a home on Websterville Road in Barre at around 2.20pm on Monday after the landlord of the house noticed a parked police cruiser from the nearby town of Berlin, stopped to investigate and discovered two bodies.

The deceased were identified as part-time Berlin police officer Jeffrey Strock, 58, and his former girlfriend, 51-year-old Julie Fandino, a mother-of-three and a grandmother. 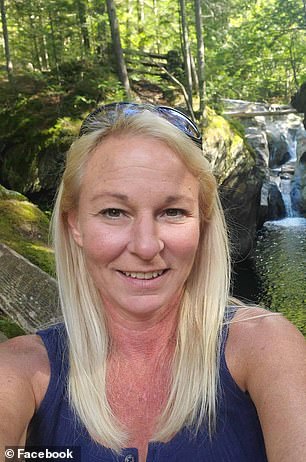 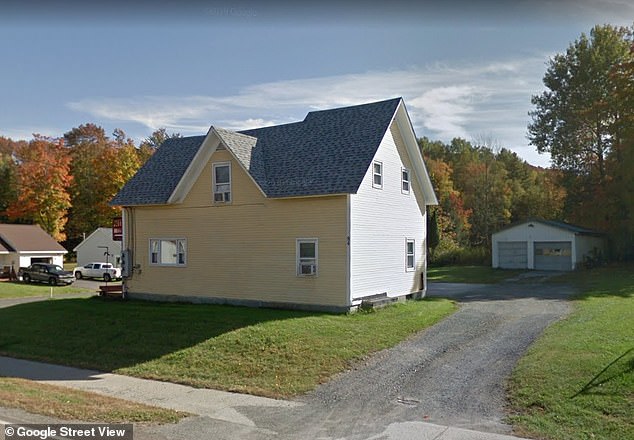 Fandino’s landlord in Barre Town, Vermont, discovered the bodies on the porch after spotting Strock’s police cruiser parked outside the home on Websterville Road

The preliminary investigation determined that Strock shot and killed Fandino, who lived in the Barre Town home, and then killed himself.

Strock had worked as an officer with the Berlin Police Department for about 20 years. He also had worked part time as a deputy with the Washington County Sheriff’s Department, police said.

According to a timeline that was released by the Vermont State Police on Tuesday, Strock signed on duty just before 11am on Monday, and between noon and 1pm made four traffic stops along Vermont Route 62.

At 1.40pm, the officer arrived at Fandino’s apartment. About 10 minutes later, Strock used his .45 caliber duty weapon to shoot his ex-girlfriend multiple times on the porch outside the back door, before turning the gun on himself. 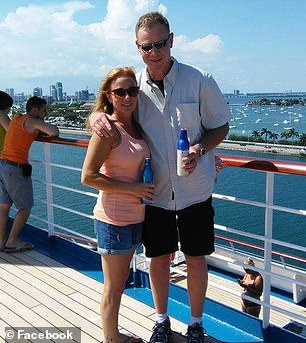 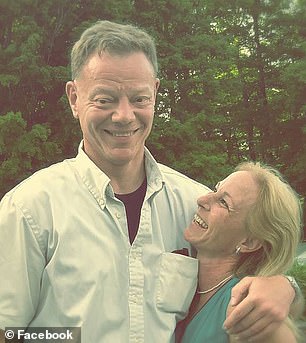 Strock and Fandino were in an on-and-off relationship for six years. In December 2019, the cop married another woman, but he later separated from her

Investigators have learned that Fandino and Strock were in an on-again, off-again romantic relationship for about six years, ending in December 2019 when the cop married another woman and Fandino relocated to Barre with her daughter.

Strock later separated from his wife and had been trying to resume his relationship with Fandino, but the woman purportedly was not interested in getting back together with him.

‘It’s fair to say that there were certainly a lot of ups and downs in the relationship between her and Mr. Strock,’ Major Dan Trudeau, with the Vermont State Police, said during a press briefing on Tuesday.

Strock also had some ‘potential’ relationships with other women beside his estranged wife and Fandino, according to police. 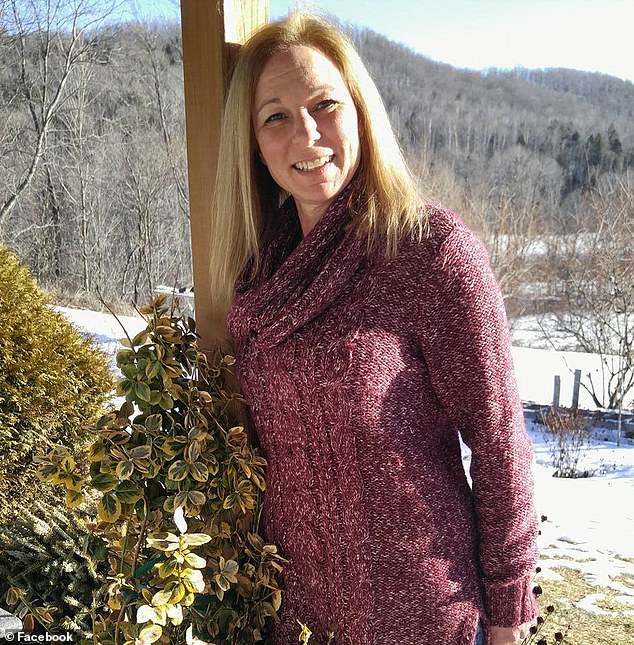 Fandino, a mother-of-three and a grandmother, was not interested in getting back together with Strock

Trudeau said police have looked into Strock’s personnel files in Berlin and at the sheriff’s department and did not find anything indicative of violent behavior.

He said family and friends of Strock’s reported that in his private life he may have been struggling with depression and self-harm, but as a law enforcement officer he was a private person and not well-known by his colleagues.