On The Road by James Naughtie review: A sublime tapestry of the USA in all its glory and complexity

As a young student with journalistic ambitions, the broadcaster and former Radio 4 Today programme presenter James Naughtie spent the summer of 1970 in America, funding his trip by working as an assistant salad chef in the kitchens of a kosher holiday resort in the Catskills.

Since then he has returned countless times to witness up close and personal each twist and turn in the story of the nation he evidently adores, from Nixon’s re-election, through Watergate, Chappaquiddick, the end of the Cold War, Reagan and Clinton, 9/11, and on to the emergence of the two political figures who symbolise the increasing polarity in American politics: Barack Obama and Donald Trump. Naughtie has been there, done that and got the bumper sticker. 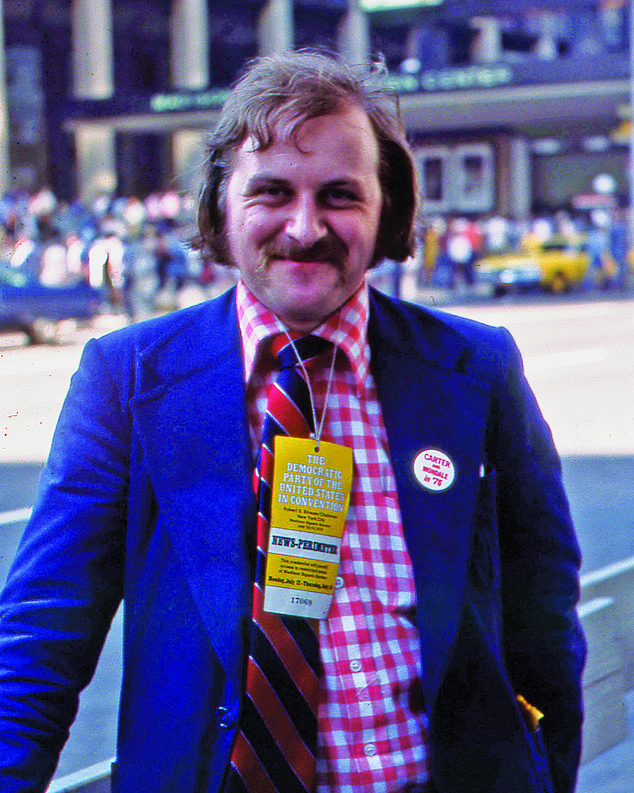 In On The Road, James Naughtie (above at the 1976 Democratic Convention) distils 50 years of adventuring across America into a revealing and at times spellbinding tapestry of the nation

Now 50 years of adventuring is distilled into a revealing and at times spellbinding tapestry of a nation in all its glories and complexities.

His encounters switch back from the profound to the bizarre: a personal tour of JFK’s house with 91-year-old Rose Kennedy; a chat with legendary poker player Doyle Brunson about his time round the green baize table with Lyndon B Johnson; a late-night drink in a hotel suite with the 1984 Democratic candidate Walter Mondale (‘I have a lingering memory of the man who would be President in his shirt and boxer shorts with a glass in his hand and a gloomy look on his face’); or the time Naughtie finds himself on set during filming of the TV series Kojak, where he’s mistaken by the director for the stills photographer and has to keep snapping away in between takes to preserve the conceit.

But it’s his myriad encounters with ordinary folk along the way – on long-distance trains (he really loves travelling by rail), in roadside diners or small-town communities – that linger in the memory.

This is the rarest of reads, a book that makes you ache to hop on a plane and sample this extraordinary country for yourself. It is thought-provoking, constantly surprising and hugely entertaining. Sublime stuff.

On the long list of things we took for granted before the lockdown, friendship looms large. Even when we still could, there was always a reason not to cross the street for a proper chat or to grab that pint. But historically, one group is particularly guilty when it comes to underestimating the importance that social connection plays in life: scientists.

As journalist Denworth explains in her lively, accessible look at what makes the universal bond so essential, it was always deemed ‘too squishy’ to be taken seriously by the scientific world. In recent years, that’s started to change, thanks in part to technological developments. 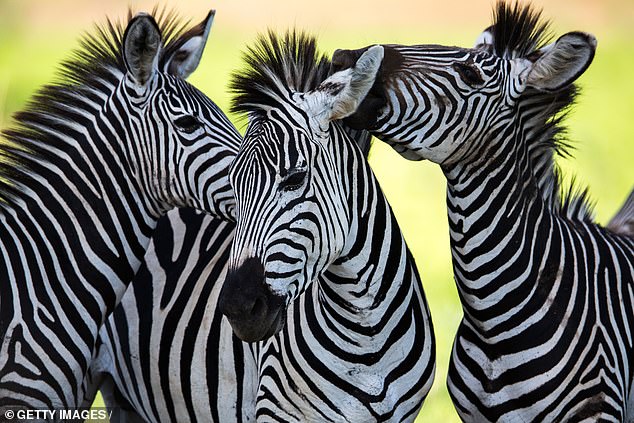 Lydia Denworth’s lively, accessible book delves ably into neurobiology, sociology and psychology and reveals how animals, from dolphins to zebras, are capable of friendship too

Physiological data from genetic studies and brain scans, for instance, shows that social connection is a hardwired need, critical to our ability to survive and to thrive. Friendships can positively impact sleep and the workings of our cardiovascular system, and as well as having stronger immune systems, more socially integrated people have been shown to live longer.

Beginning with infancy and stretching through the politics of childhood friendship, on into adulthood, Denworth considers not just why we have friends, but also why we choose certain people over others. As with most things in life worth having, quality is more important than quantity when it comes to friendship.

Delving ably into neurobiology, sociology and psychology, she enlivens her book’s more technical sections with personal anecdotes, making case studies of her teenage sons. She looks, too, at the way animals behave, because it turns out that creatures from dolphins to zebras are capable of something that looks a lot like friendship.