ON THE ROAD: Darkness lifting from the Stadium of Light as young owner offers hope of a new dawn

Wrapped in a red blanket and clutching a cup of hot coffee, Sunderland owner Kyril Louis-Dreyfus displayed a matchday demeanor in stark contrast to that of the old custodians.

They would wear garish red trousers as loud as their pronouncements of goodwill and grand intent, and it was invariably cold lager in their palms.

But Stewart Donald and Charlie Methven are no more. The Batman and Robin act who seemingly swept to the rescue in 2018 — only for their masks to slip — have been replaced by a 23-year-old heir to a multi-billion-pound fortune, whose late father was the owner of French club Marseille.

Sunderland feel transformed already. Louis-Dreyfus has achieved that simply by his presence, for even Louis Walsh could have taken control and lifted the fog of negativity and suspicion that had darkened the Stadium of Light.

That is not to downplay the impact of the new Swiss chairman. He has relocated to the North East and taken a hands-on role. He was even playing head tennis with manager Lee Johnson this week — and won. Johnson’s not daft.

Louis-Dreyfus was behind the appointments of Johnson and Kristjaan Speakman, the sporting director about whom good things are being said. But perhaps the best example of the owner’s dedication is the 10 days he spent in quarantine that allowed him to attend his first match, at Shrewsbury on a Tuesday night. Sunderland lost but have since taken 16 points from 18.

Just a few weeks into his tenure and Louis-Dreyfus will also be at Wembley on Sunday for the Football League Trophy final against Tranmere. On Saturday, he watched his team stroll to victory over Rochdale and move to within five points of automatic promotion. News was fed to him of results elsewhere falling kindly — never did he imagine greeting a Burton Albion goal with such gusto. 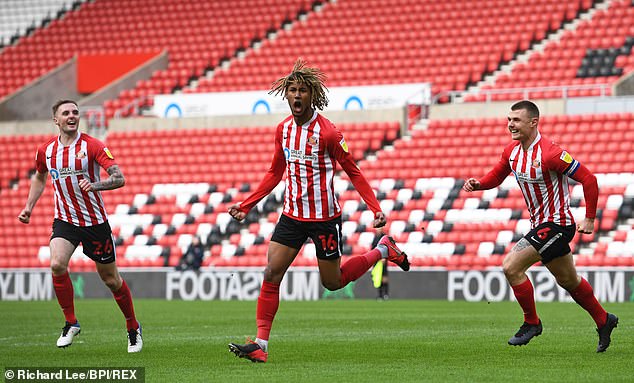 But that is the life Louis-Dreyfus has chosen to pursue, and it would appear he is going all in to make a success of it.

THE Colliery Tavern, across the road from the Stadium of Light, is where Donald and Methven bought the beers and won cheers from supporters who had been sold a dream. Take a walk around this quaint watering hole now and, in many ways, it is a symbol of the nightmare that dream became.

The pub windows are boarded up. The shutters of the beer- garden kiosk are locked, guarded by images of the club’s most famous faces — Charlie Hurley, Kevin Ball and Bobby Kerr, the 1973 FA Cup-winning captain. They have not won at Wembley on eight occasions since. But the ninth, this weekend, will be the first without fans. That is the sad footnote to this new era.

Stand outside the Colliery Tavern, half an hour after full time, and it still feels surreal, despite this week marking one year since supporters were last here. An empty bus rolls past. The seagulls swoop but there are no scraps for them. The fairy lights outside the pub flicker defiantly, but let’s not kid ourselves — this is rubbish. 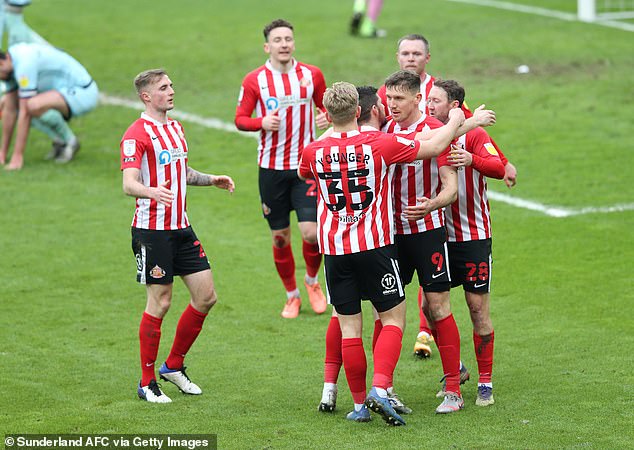 It will not last. For Sunderland, it is about the future. More than at any other club in the country, the thought of what could be about to happen is a tantalising one.

Paul Dobson, 64, is a lifelong fan and part of the editorial team at fanzine A Love Supreme. ‘After what happened with the last regime, we will always be once bitten, twice shy — but this lad seems genuine,’ he says. ‘He has studied football and business and been around it all his life, given his family’s connection with Marseille. We got taken in by the last lot, but I don’t think it will blow up this time.

‘In the short term, this could be like Roy Keane’s first season when we came from nowhere to win promotion. In the long term, Kyril does not have to build from scratch. Everything’s there — stadium, fanbase, magnificent training ground. It just needs a new direction.’

For the first time in a year on Saturday, Dobson drove past the ground, where goals from Dion Sanderson and Charlie Wyke were enough for an easy win.

‘It was strange. I wound the window down and could hear the music before the game, and I thought, “The lads are in there”,’ he says. ‘I also noticed the Colliery Tavern was boarded up. I hope that’s not permanent.’

We can only hope nothing we are living through now is permanent. Maybe one day Louis-Dreyfus will buy the beers here — now that really would feel like an antidote to the poison of recent years.