On the road: Diehard fans clock up thousands of miles to support their teams

In their Champions League group games this season, Chelsea travelled to three countries, facing Lille, Ajax and Valencia. In doing so, they covered 2,410 miles.

Saturday’s FA Cup trip to Oxford (480 miles), following two excursions for a first-round tie in Yeovil (both 670) — one postponed an hour before kick-off — and a second round at Exeter City (690), means Hartlepool United’s players and supporters travelled 2,510.

All to see a team managed by Dave Challinor, who once launched a throw-in so far it wrote his name in the Guinness Book of Records. Perhaps Challinor, that King of Flingers, is to blame for these far-flung journeys — one of those funny football coincidences.

At the Kassam Stadium on Saturday, 779 away fans — just short of one per cent of the town’s population — were in Oxford. Dedication, or downright lunacy?

‘A left me ’ouse at ’arf five for this,’ goes the cry from a Hartlepool supporter early on. ‘So do summit.’

Another replies: ‘Aye, what ’e said.’

Among those in attendance is Steve Sharp — ‘super fan’ to us, ‘normal fan’ according to him.

‘Who knows,’ he says. ‘Maybe one year it’s our turn for that elusive Cup run. In defeat, we sulk all the way home, and as most of our long hauls are southern-based, you get the sulks out of your system by the time we’re home in the north.

‘Then we can start looking at the next game and go again. There’s always a next game.’ 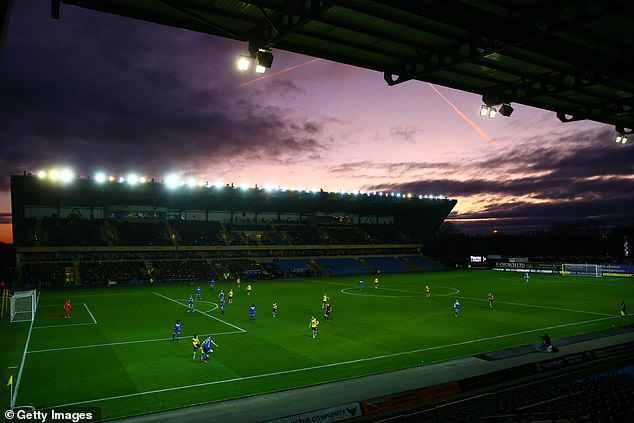 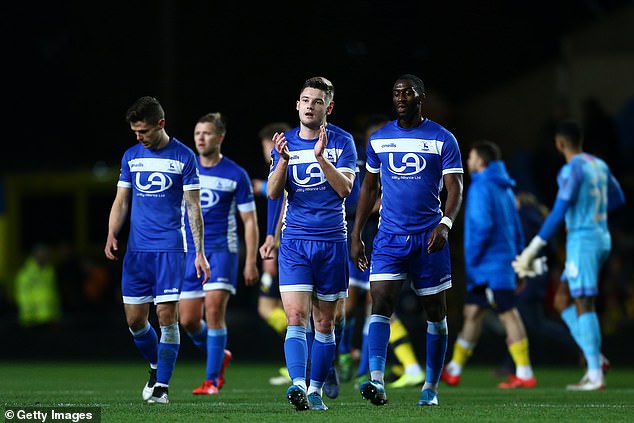 National League Hartlepool — or ‘Hartlepools’, as Brian Clough used to say — are one of the few clubs to have never lifted a trophy. ‘Never Say Die’ is their slogan.

Sharp adds: ‘You have to be there for that one wonder strike that keeps you talking about it for the next decade. Why do I go? I go so I can say I was there.

This reporter’s own dad, John, was in the away end, too, and I joined him. Who wouldn’t want to watch a game of footy with their old man?

He is a lifelong follower of Hartlepool. We went for a drink afterwards to discuss why and he said: ‘It’s our passion, isn’t it? Part of life. It’s an emotional experience, gets you gripped. You saw it there. We get beat 4-1, but we’re all singing. Two years ago we were almost out of existence.

‘Little Hartlepool, 800 away fans, we lose, but we’re alive and kicking.’

In the home end was Timmy Mallett, the television personality sporting his trademark colourful glasses and carrying a cardboard cut-out of the FA Cup (no pink mallet in sight). He watched as Hartlepool’s players huffed and puffed, taking an unlikely lead through Mark Kitching. 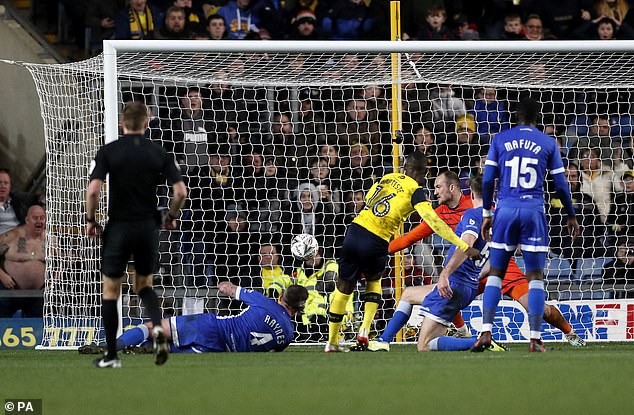 The visitors felt they deserved the chance to double their advantage when Kitching seemed to be brought down inside the box, but referee Michael Salisbury said no. Salisbury became an enemy of the away end after that, even more so when he counted only seven steps instead of 10 for one free-kick.

But there could be no complaints about the scoreline, given the dominance of the hosts in the second half. They were in control, scoring through Rob Hall, Shandon Baptiste, Tariqe Fosu-Henry and a late Matty Taylor penalty.

Baptiste, just 21 years old, got arguably the goal of the FA Cup’s third round when he went for a walk straight through Hartlepool’s defence to score.

Into the hat for the fourth round go Oxford. A fine side, they will give any team a good game.

As for Hartlepool, at least they won’t have to make any more long away trips in the FA Cup. 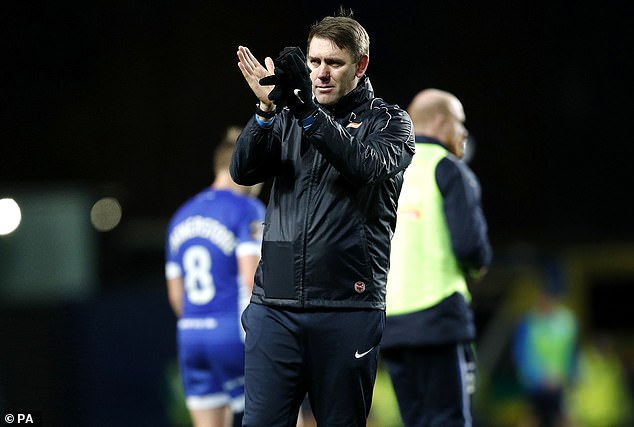