Daredevil surfers have been captured taking on an enormous storm swell off the coast of Sydney, with the pounding waves breaking boards and eroding beaches along Australia’s eastern seaboard.

The monster southerly swell started smashing into the east coast on Friday, with keen board riders scoring powerful waves with favourable winds throughout NSW in classic autumn surf conditions.

Wave heights peaked at ten metres on Friday, with surfers spotted towing into giant waves off Coogee’s Wedding Cake Island, while kids took to ocean pools around the city to feel the wrath of the surf.

The swell held strong through the weekend, with surfers heading to novelty breaks across the city with gale force winds making conditions not for the faint-hearted. 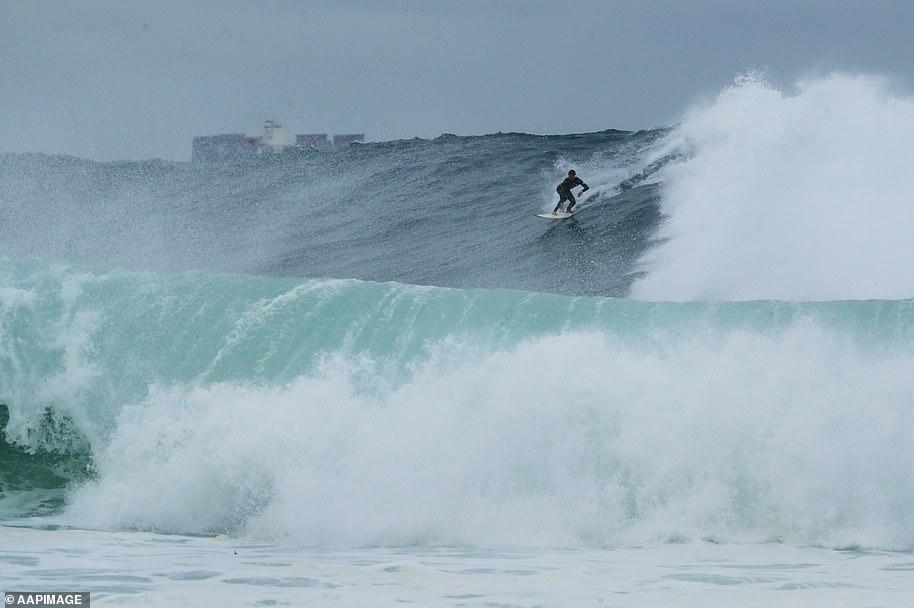 Keen board riders scored powerful waves with favourable winds throughout NSW in classic autumn surf conditions. Pictured: a surfer swoops onto an outside set wave at Bronte on Saturday

The swell has been generated by a large low pressure system parked off of NSW, with waves causing significant erosion along the coast line.

‘A deep and complex low pressure system over the Tasman Sea is bringing large southerly surf and strong winds to exposed parts of the New South Wales coastline,’ the Bureau of Meteorology said.

‘This low is expected to gradually weaken and move a little north on Tuesday before moving away to the east mid-week.

‘These conditions may produce localised damage and coastal erosion to these areas. Coastal locations exposed to a southerly swell will be most susceptible.

‘Beach conditions in these areas will be dangerous and people should stay well away from the surf and surf exposed areas.’ 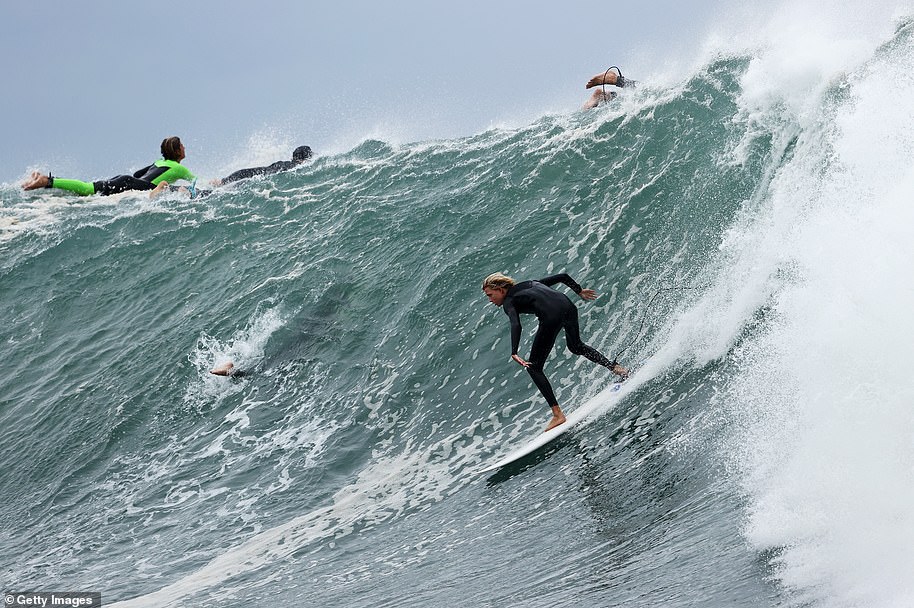 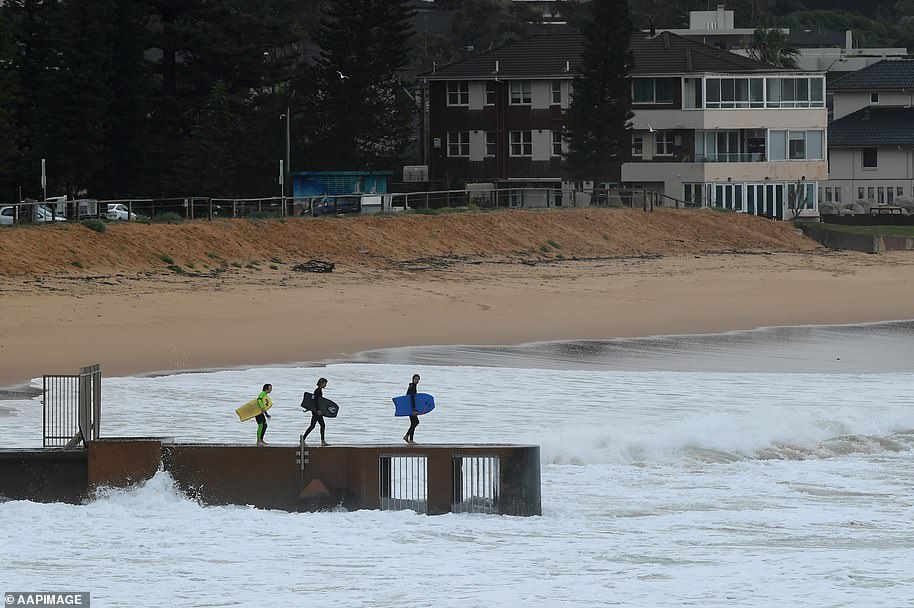 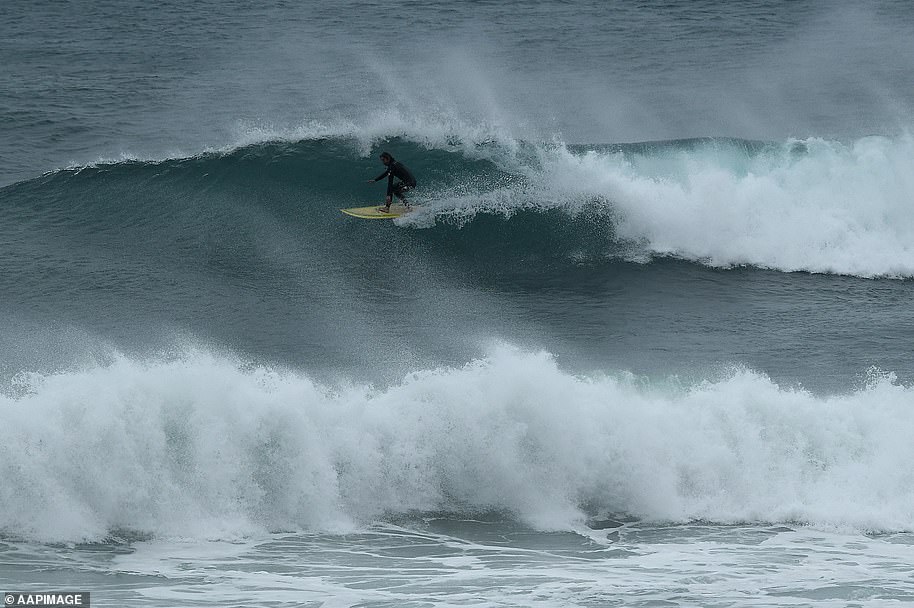 Many board riders took to novelty waves to find a secluded corner to surf in the challenging conditions. Pictured: a surfer rides a clean right-hander at Collaroy

The Bureau of Meteorology warned the hazardous winds and surf conditions will remain along the east coast until at least Tuesday. 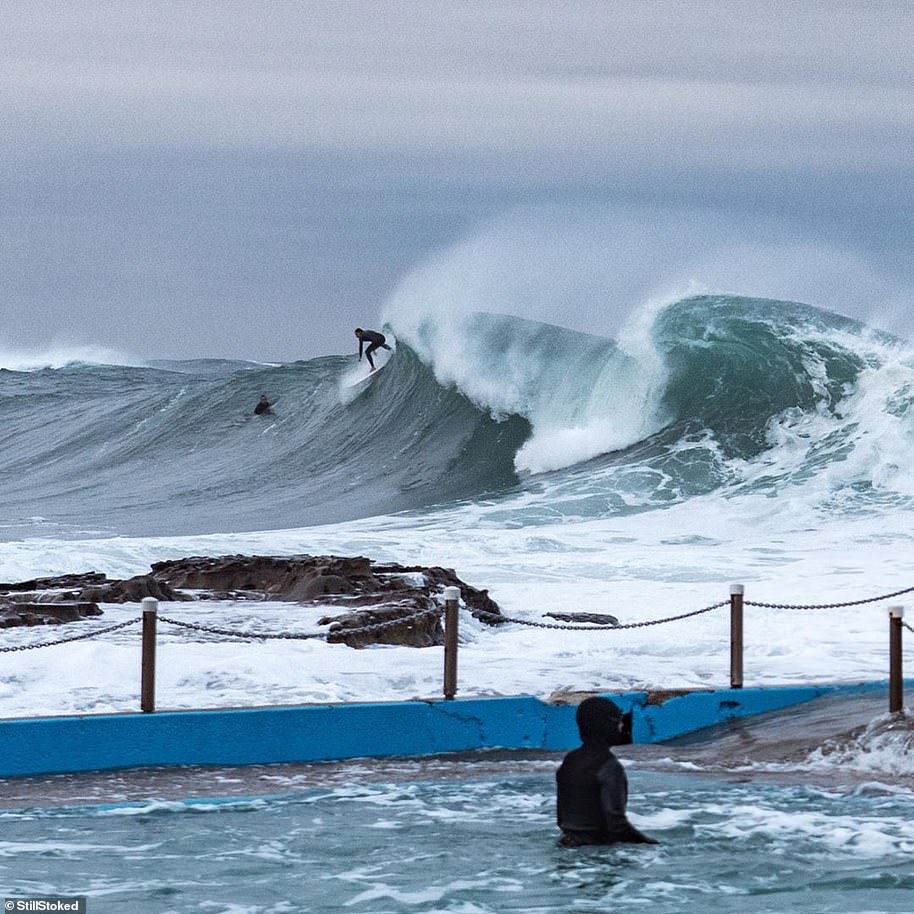 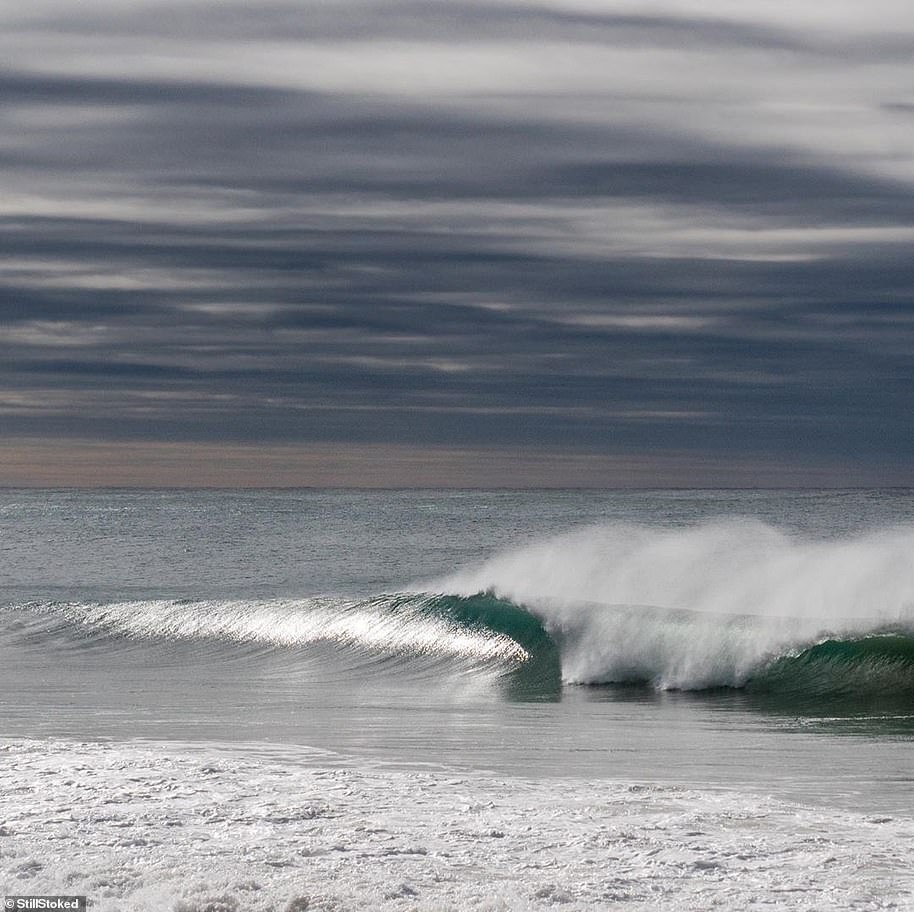 Some beaches on the east coast proved too challenging for board riders, leaving many incredible waves to pound the coast away from board riders during the swell 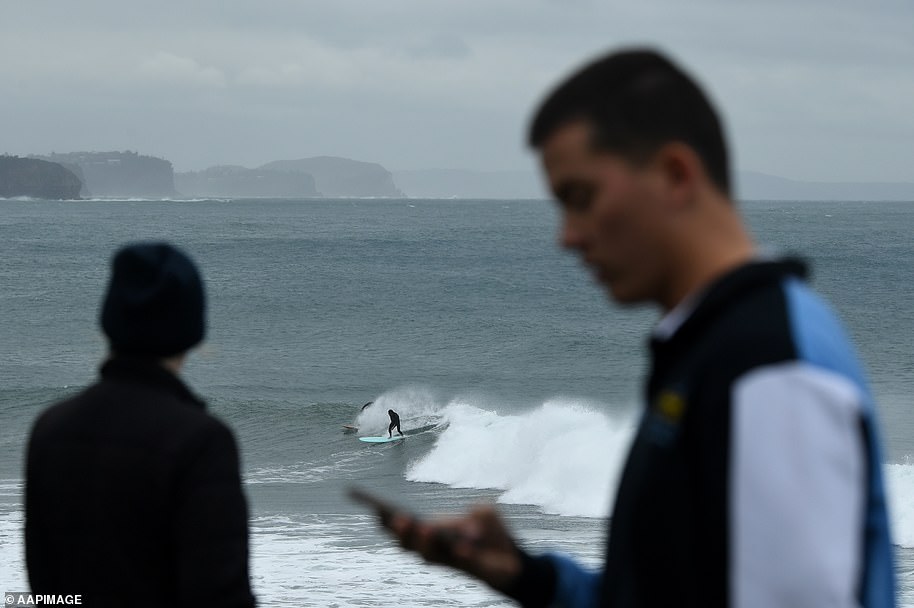 The NSW Police Force Marine Area Command has advised people to stay out of the water.

Rock fishermen have been warned to avoid rock platforms while boaters intending to sail over ocean bars have been advised to delay their voyage.

The Bureau issued repeated public warnings about hazardous surf conditions over the weekend.

‘While tempting to get a look, keep clear rock ledges and check your skill level before entering the water,’ it tweeted.